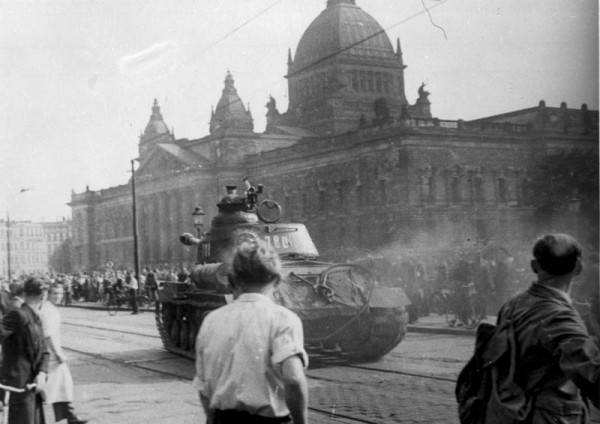 Strikes are renowned as the bane of governments and anybody who wants their garbage collected on time, and yet often are the only resort left to workers. They remain a divisive topic on both the left and the right, with their consequences having far-reaching implications. Nobody, however, can doubt that strikes can be devastating, bringing the smooth machinery of the state and industry to a crashing halt. The ten most devastating strikes of the 20th century have inspired songs, derision and labor laws. Let’s take a look at them. 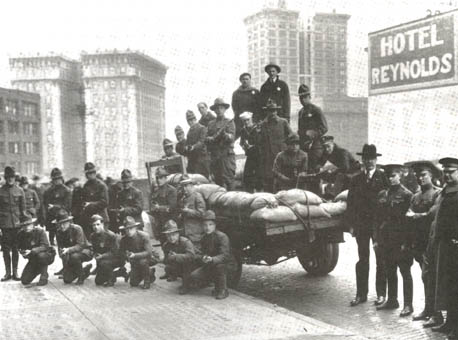 Emerging from the damaging aftermath of the First World War, the US economy featured widespread use of wage controls on industrial salaries, and in many areas pressure was rising to increase workers’ wages. This was no more the case than in Seattle, WA, where in February 1919 a week-long strike by over 65,000 union workers hit services hard across the board. This strike was intensely divisive and was a primary factor in the subsequent ‘Red Scare’ of 1919-20.

9. The 1926 General Strike in the United Kingdom 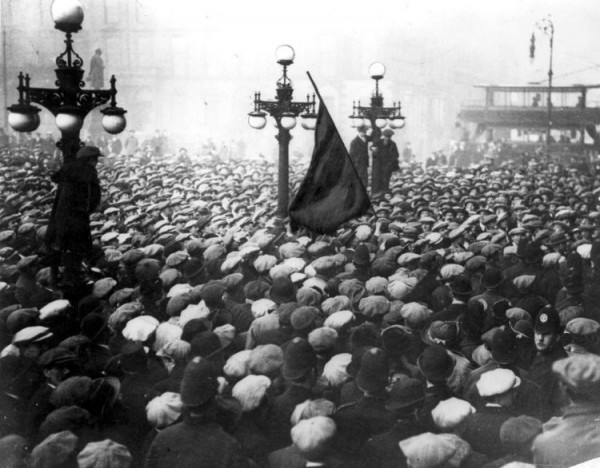 May 1926 saw the largest general strike in British history to this day, and still one of the largest that the world has ever seen. Its roots lay in an ongoing conflict between the national organization of unions, the Trades Union Congress (TUC), and the British government. The specific trigger for this action, however, came when the government attempted to reduce the wages and benefits of UK coal miners. What followed was an ultimately unsuccessful strike by over 1.5 million workers from many industries that lasted for nine days. 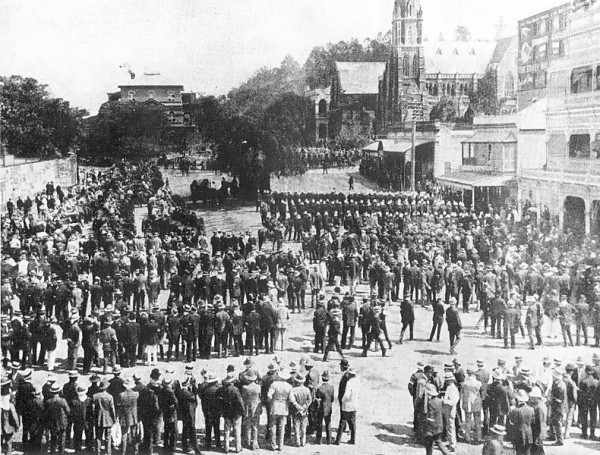 After squabbling between union representatives and the management of the Brisbane tramways, members of the Australian Tramway Employees Association wore union badges to work and were swiftly dismissed. The reaction from the workers to what they deemed as unfair and repressive action was to strike and form a 25,000-strong, two-mile procession through Brisbane. The political consequences of this action came when police, armed with bayonets, were ordered to intervene, leading to bitter fighting. Many historians have pinned the subsequent electoral victory of the (left-wing) Labor Party primarily on these events of January, 1912. 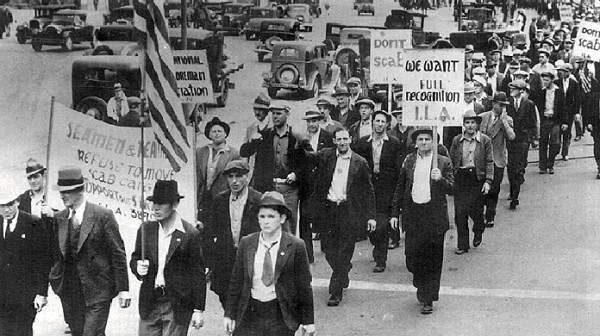 The 1934 West Coast Waterfront Strike lasted for 83 days, culminating in four days of general strike action in San Francisco. Its ideological background largely centered around syndicalist and communist tendencies amongst West Coast dock workers. The strike began on May 9th with thousands of dock workers and sailors walking out, but tensions ran high when strikebreakers, housed offshore, were brought in to keep the docks in operation. Violence between picketers and police began on July 5th, culminating in the shooting and killing of two striking dock workers later that day and inspiring the subsequent general strike. This strike’s legacy has remained ambiguous: many workers were dissatisfied at the lack of improvement in conditions despite the rise in prominence and power of the unions. 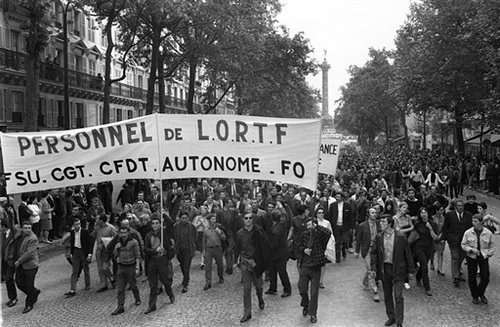 May 1968 is remembered for the intellectual legacy of revolutionary continental philosophy, marking it out as one of the most significant periods in the history of Western political thought. Interwoven within this iconic time was the first wildcat general strike ever. Intensely wrapped up in anti-de Gaulle and anti-consumerism sentiments, the general strikes saw millions of workers strike and many more take part in huge marches as well as violent protests across Paris. 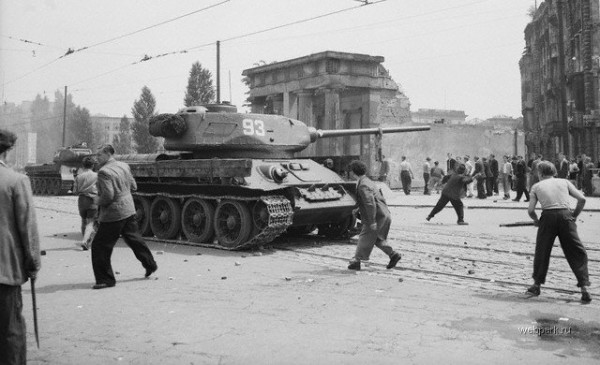 The strike by Berlin’s construction workers in June 1953 proved to be extremely destabilizing in the tense political climate of East Germany. This dissent provided a political spark to other groups, causing an uprising against the Stalinist regime right across Berlin. In addition to this, demonstrations took place in over 500 towns in the German Democratic Republic. The strikes and protests were violently suppressed by Soviet forces until the dissent was brought under relative control. 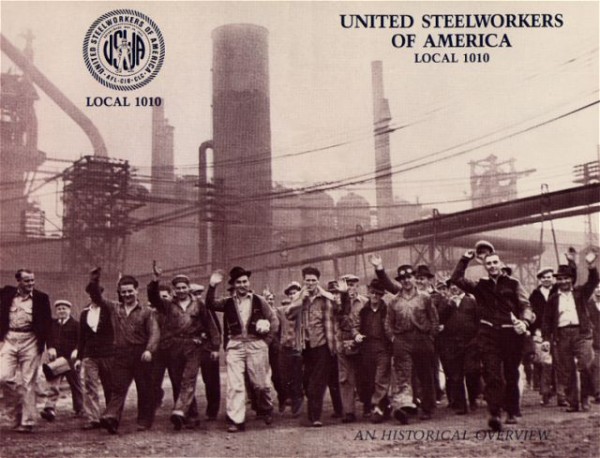 A huge victory for the United Steelworkers of America was won against 10 major steelmakers, including US Steel, in July 1952 after 53 days of strike action was resolved on the terms that had initially been demanded by the union at the beginning of the strike. This strike is also significant insofar as President Truman had attempted to avert the crippling strike action by nationalizing the steel industry, only to have his decision overturned by the Supreme Court. 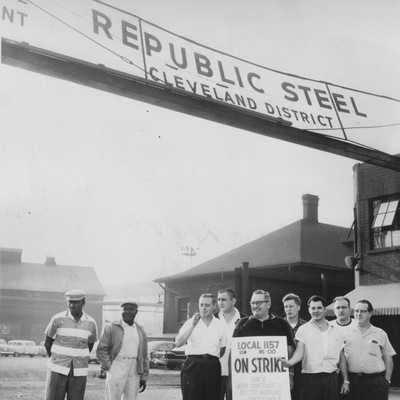 After seven years had passed since the successful steel strikes of 1952, half a million members of the United Steelworkers of America took to the picket-lines once more. This time, however, the level of success from the union’s perspective was dubious. Although the steelworkers ended up winning a marginal wage increase, the union-restricting powers of the Taft-Hartley Act were brought to bear on a new generation of workers nationwide. Furthermore, the lack of operation during the strike meant that unprecedented levels of steel imports had taken place, devastating the industry in the long-run. 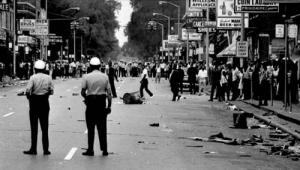 Formed in May 1968, the Dodge Revolutionary Union Movement (DRUM) was an African-American workers’ movement organized in Chrysler’s Detroit plant. It sought to overturn what it saw as fundamental, race-based inequalities in the distribution of opportunities within the Chrysler organization. Although the original strike led by this group only comprised 4,000 workers for around three days, it proved significant as a catalyst for black unionization in the mostly black automobile industry workforce of Detroit.

1. The “Winter of Discontent” 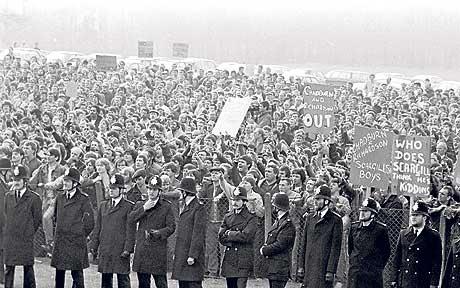 In the exceptionally cold British winter of 1978-9, the inflation-controlling pay freezes imposed by the Labour government of James Callaghan had begun to bite hard. Widespread strikes ensued as unions demanded better wages for their members, notably including the refuse collector unions which lead to waste piling up in the streets — infamously filling London’s Leicester Square with garbage bags. Public splintering over the merits of union power and striking workers fractured the country, and these strikes are widely cited as the tipping point for the ascension of Margaret Thatcher’s Conservative Party to power in the subsequent general election.