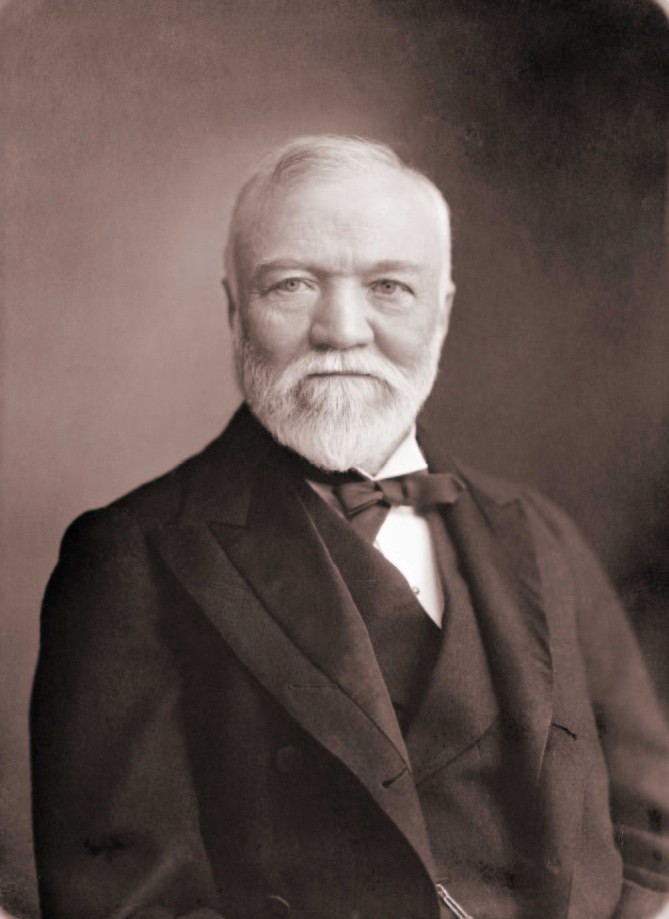 Often referred to as the “king of steel”, Andrew Carnegie did for steel what John Rockefeller did for oil. His work in founding and operating U.S. Steel has earned him the reputation as the second wealthiest man in history. But long before that, Carnegie set to work as a lowly telegrapher in the 1850’s. By the 1860’s, his investments in railroads, bridges, and oil derricks (combined with a lucrative side job as a bond salesman. propelled him to build U.S. Steel into an enduring empire.

In the 1890’s, after much work and toil, Carnegie’s was the “largest and most profitable industrial enterprise in the world.” By the time he sold his company to J.P. Morgan in 1901, Carnegie was ready for a much-deserved retirement filled with generous philanthropy and charitable giving.