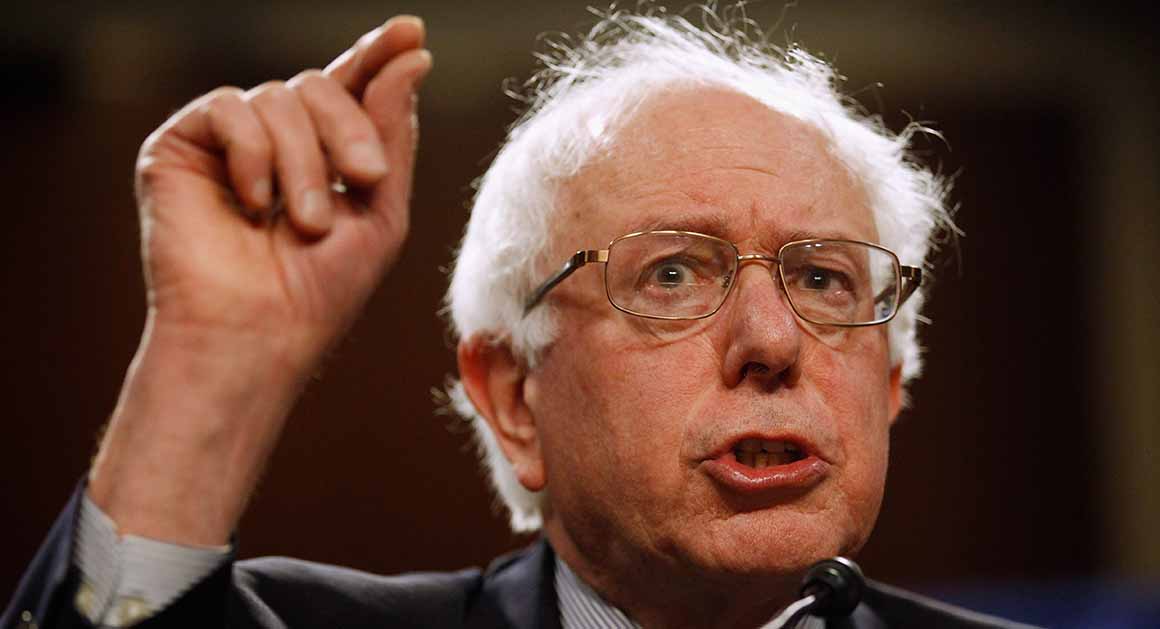 Bernie Sanders on Tuesday vowed to cap ATM fees at $2, and promised that no one in big banking would ever step foot inside his administration — a direct jab at Hillary Clinton, who employs 18-year Goldman Sachs veteran Gary Gensler as a top adviser

In his speech, Sanders said Wall Street needs to be a top issue. He says bankers are “destroying the very fabric of our nation.”

The open attack on America’s banks is earning Sanders support in key election states like Iowa and New Hampshire. A recent Gallup poll shows that less than 20% of Americans trust banks — down from nearly 50% just one decade ago.

“Greed, fraud, dishonesty and arrogance. These are some of the words that best describe the reality of Wall Street today,” Sanders said.

Breaking up the big banks

Sanders says part of his plan will be to break up the largest banks in America, such as JPMorgan Chase, Bank of America, and Wells Fargo. Sander’s says breaking up trillion dollar enterprises will ensure the American people never have to bail them out again.

Sanders says Hillary Clinton won’t go after the bank because she’s friendly with Wall Street. Hillary has made millions by giving speeches to the big banks for hefty fees.

Hillary and her surrogates say Sanders is naive to believe all of the fault lies on banks. They say Sanders should also be going after hedge funds and other non-bank players.

Sanders addressed that criticism on Tuesday, saying that in the first days of his presidency, his administration would make a list of “too big to fail” commercial banks, shadow banks and insurers.

A cap on ATM Fees

Sanders doesn’t just want to go after the banks and break them up, he also wants to make banking cheaper for the average American.

“In my view, it is unacceptable that Americans are paying a $4 or $5 fee each time they go to the ATM,” Sanders said.

Bankrate says the average cost of withdrawing money from an ATM is now $4.

Hillary has actually supported this same view and has called ATM fees too high and “usurious.”