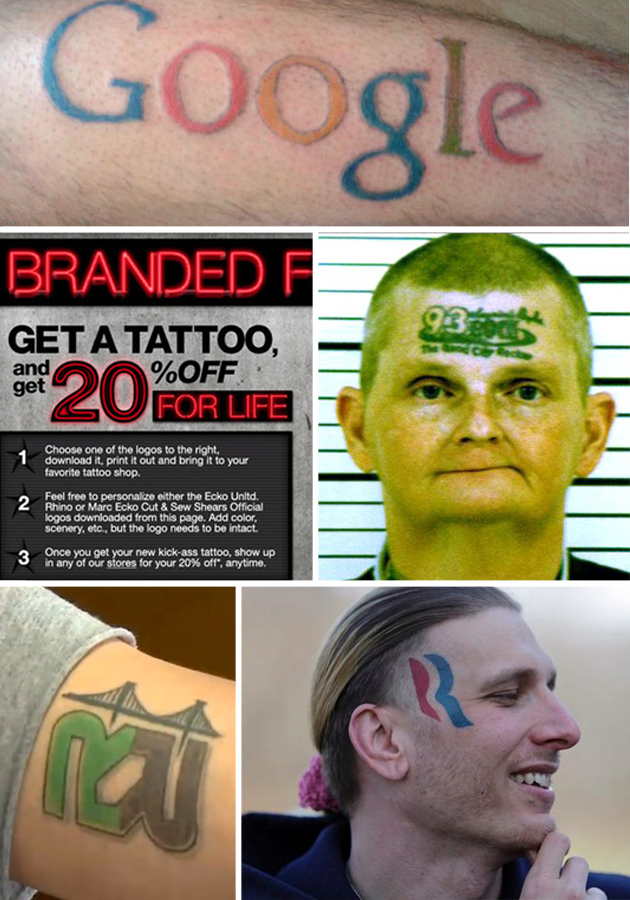 Tattoos have become such a craze that it seems almost all who have them have at least one or more that they regret. Terrible tattoos are everywhere — from an ex-girlfriend’s name to a portrait of the characters on Twilight, there is no shortage of awful ink to make you feel just a little bit better about your own mistakes. But at least you liked your tattoos at one point, right? Not necessarily; some people are willing to sell their bodies like ad space, auctioning off parts of their skin to advertisers who want their logo tattooed on them as if they were a walking billboard. Here are 10 people who got terrible brand tattoos — sacrificing large amounts of dignity in the process — in exchange for cash.