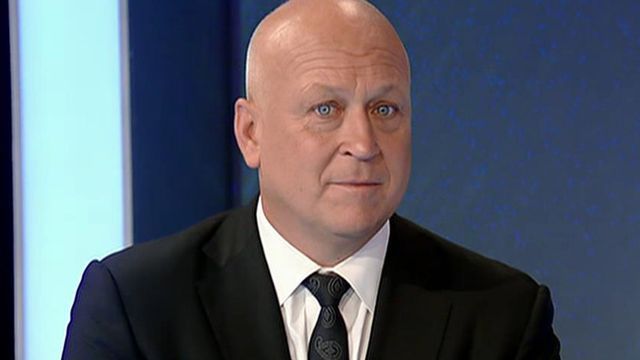 Cal Ripken Jr. played in Major League Baseball for 21 seasons and during that time he appeared in 2,632 consecutive games.

The long-time Baltimore Orioles star, known to fans as “The Iron Man” earned two Most Valuable Player awards and won a World Series Championship before retiring in 2001.

Ripken recently sat down with FOX Business Network’s Stuart Varney to discuss the official release of a limited-edition wine that commemorates the 20th anniversary of his record-setting streak.

“20 years since the record was broken, 2,130 games was Lou Gehrig, I broke it September 6, [1995]… So there’s a commemorative wine that, there’s only 2,131 bottles. It is a fundraiser for the Cal Ripken Senior Foundation… the makers of Axios… made this high-quality [cabernet] from Napa Valley and it’s about $300 bucks so it’s pretty expensive,” Ripken said.

“If there was one reason why I was able to do it, is that you loved what you did. So even though you might have been struggling, or things might not have been good with your team you could come to the ballpark with a level of enthusiasm and joy… So yea I loved it and think you have to love it to play it that long,” he said.

Varney asked Ripken Jr. if he was a better shortstop than Derek Jeter. “We are two different types of shortstops number one. Derek brings with his resume a clutch performer in October — and a great offensive player with a little speed. I had no speed… I was the power guy and I wish I had a chance to play in all of the World Series that he did, so I’m a little jealous of Derek.”

Ripken is calling for the Mets to win the World Series in 7.