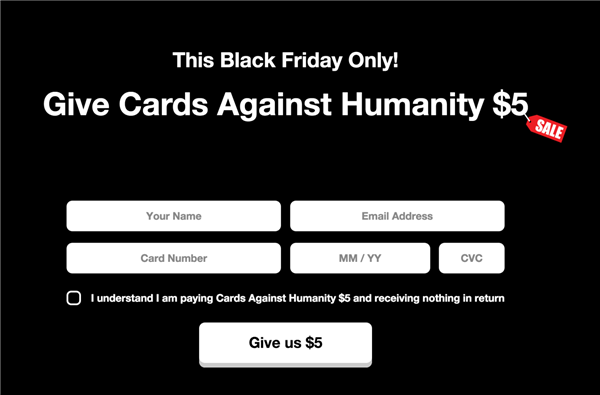 Cards Against Humanity, the popular and politically incorrect party game, offered aBlack Friday deal that was too good for many people to pass up.

The company asked for $5 from customers and in return they received NOTHING.

You heard that right, the company literally sold nothing for $5 and it earned a crazy $71,080 in sales.

The company, which markets itself as “a party game for horrible people,” replaced its online store with only the option to pay 5 bucks for receiving nothing in return. 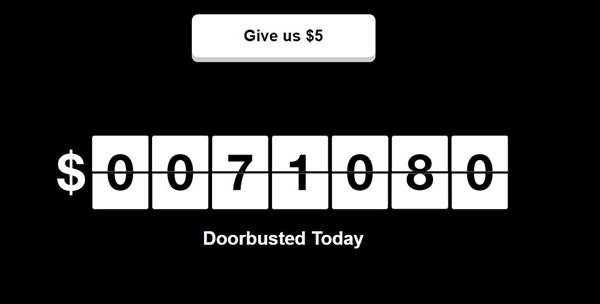 “On Black Friday, everybody is selling something. We’re the only company to offer the superior Black Friday experience of buying nothing,” the company explained on its website.

In its FAQ section the company said it would “make the announcement soon” about what it plans to do with the money it raised on Black Friday.