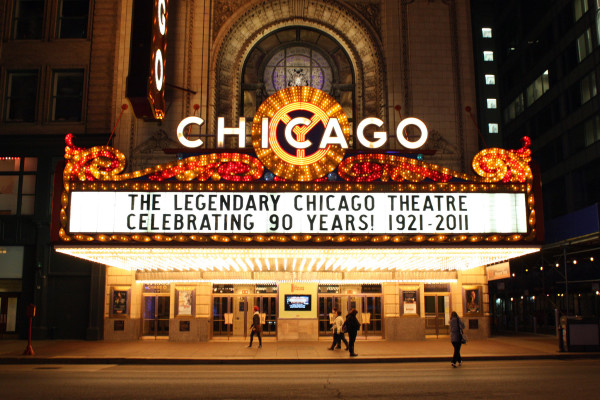 Last Wednesday, the city of Chicago began taxing cloud computing and streaming services like Netflix and Spotify. While technically an expansion of the city’s existing amusement tax, The Verge’s Russell Brandom brought wider attention to it, calling it “new” and “puzzling.” But the reality is a bit different, as Chicago follows other jurisdictions in an attempt to update tax policy to reflect a changing economic reality.

What is the “Netflix Tax”?

Chicago did not really impose a new tax, but rather updated its existing amusement tax policy to cover the electronic venues where entertainment might now be enjoyed. As the Chicago Tribune reported on Wednesday, the day the tax went into effect, the city is levying a 9 percent charge on individuals who use cloud or streaming services.

That extended the amusement tax to streaming video, music, or game services. So if you live in Chicago or have a Chicago billing address – and happily binge on House of Cards or Orange is the New Blac, your Netflix bill will go up by 9 percent.

“Jurisdictions around the world, including the US, are trying to figure out ways to tax online services,” said a Netflix spokesperson. “This is one approach.”

The Tribune reported that several members of Chicago’s tech community were upset at the possible implications and costs of the tax. One, TechNexus co-founder Terry Howerton, told the newspaper that “the city being the first to set this precedent puts us at a disadvantage to every other major tech hub…or even our own suburbs.” And another, Food Genius founder Justin Massa, said that “for anyone selling cloud services, life just got 9 percent harder.”

Elizabeth Langsdorf, a spokeswoman for Mayor Rahm Emanuel, characterized the change as only a clarification of existing policy, saying that the “rulings are consistent with the City’s current tax laws and are not an expansion of the laws.”

“These ensure that city taxation is uniformly and fairly applied and that businesses are given clear guidance on the applicability of the City’s tax laws to their operations,” she said.

Why is the city doing this?

It’s instructive to see how the city defines “amusement”:

In other words, almost any kind of entertainment in the city limits is already taxed. Whether you go to a sporting event, catch a film in a theater, attend a play, or watch cable television at home, you are subject to the amusement tax. Most cities do this. So, how is it fair that services like Netflix and Spotify get around this tax when providing a similar entertainment option? The city is essentially saying that such a situation isn’t fair and so streaming entertainment is covered by the same tax law that governs all other mediums.

“A lot of these online companies, their whole business model seems to be to get around the tax code, and to me that’s no business model at all,” Alderman Ameya Pawar told the Tribune. “This is a step toward trying to correct that situation, and toward making sure the existing code reflects the realities of the marketplace.”

That marketplace has seen a sharp turn toward a streaming regime that offers all-you-can-eat buffets from the comfort of your own home. As The Verge’s Brandom points out, once upon a time “the same albums and movies were consumed at video rental outlets and music stores – which paid local property taxes, potentially paired with municipal sales taxes and other brick-and-mortar duties.”

For cities like Chicago, which saw its debt rating cut to junk status by Moody’s in May, the need to make up for that lost revenue is not an option. Expanding, or “clarifying,” the existing laws, in order to do so, is probably the easiest way. And it’s similar to the move toward taxing Amazon and other online retailers – or, more correctly, collecting taxes already technically owed – in order to plug the gap created by a dip in brick-and-mortar sales.

And, as Chicago magazine’s Whet Moser notes, the city is likely also trying to address a precipitous dip in telecommunications tax revenue due largely to ever-declining landline subscriptions as well as the fact that wireless data services aren’t taxable (per federal law). So while you may be turning to your mobile device and its fast wireless connection to do more entertainment consumption, that kind of Internet access is exempt from taxation.

Why is it controversial?

People don’t like taxes, obviously. And given how popular streaming and cloud services have become, a lot of folks are understandably going through some pre-emptive sticker shock. When you get used to enjoying a good at a certain price, it’s hard to swallow an increase, particularly one tacked on by city officials.

Reed Smith, a Pittsburgh-based law firm that also has offices in Chicago, issued a client alert in which it called the Chicago’s tax rulings “staggering in their breadth” and was an “attempt to tax the ‘Cloud’ more directly and comprehensibly than any other U.S. jurisdiction.” It also argued the Amusement Tax ruling fails to extend that tax to “the same content when it is permanently downloaded by a consumer,” but permanent downloads are already covered by sales taxes.

Michael Wynne, a Reed Smith attorney who co-wrote the alert, told Ars Technica that service providers “are already getting calls from clients changing their billing addresses to non-Chicago locations, which may suffice to not bill the tax, but that does not protect the City of Chicago user in an audit from being assessed tax on the in-City use of the services.”

But as The Verge’s Brandom writes, “the net result for cloud services and customers alike is a confusing hodgepodge” of laws that differ from jurisdiction to jurisdiction. That, in turn, could make innovation more difficult as providers struggle to understand the rules of such a complicated system rather than creating and competing within a system where the rules are uniform.

As Wynne told The Verge, “there’s no question that the city needs revnue and I can see where things are escaping the old tax base” but “I think the objectionable part is that, instead of drafting new laws for that, we’re simply stretching the old laws to fit.”

Does anybody else have a Netflix tax?

The problem with that argument is that it seems to discount the possibility that nothing particularly “new” is going on – and so “new laws” aren’t really needed.

“If so many other forms of entertainment are taxed locally—including cable television—should its competition get a free ride?” Chicago’s Moser asks, raising the important point that services like Netflix aren’t really fundamentally different forms of entertainment but alternate ways to access existing content.

And while Chicago may be getting all the attention this week, it isn’t the first government to levy a tax on streaming services. Both Washington state and Florida tax Netflix subscriptions and will be joined this fall by Alabama, after a rule change similar to Chicago’s. They likely won’t be the last, and they probably won’t stop at entertainment services. The trend from owning to sharing opens up questions in plenty of other industries; Airbnb, for example, has begun collecting lodging taxes in some jurisdictions from its users who are effectively acting as hotels, even if they aren’t quite what we’d think of as hotels. But even that can be awfully complicated.