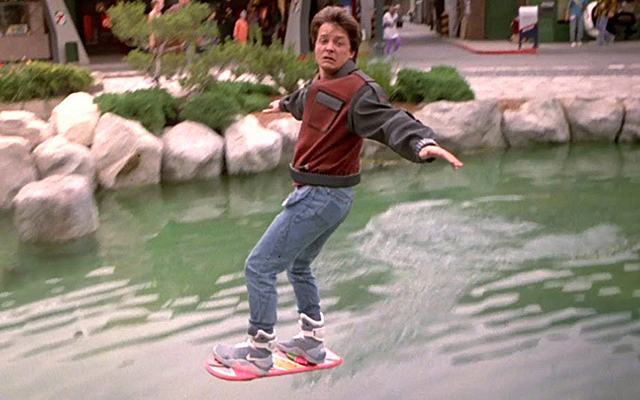 Poorly manufactured Hoverboards made in shoddy Chinese factories have been blowing up and catching on fire. In response to numerous reported instances, colleges across America are starting to ban the popular devices.

60 airlines recently banned hoverboards because of issues with their lithium ion batteries and now more than a dozen colleges have followed in their footsteps.

In a letter to students, Georgetown’s COO explained their rationale:

Based on these reported safety risks and as a precaution, do NOT bring hoverboards or self-balancing scooters to campus. Until the Consumer Product Safety Commission makes a determination on the safety of these devices, we are prohibiting their use or storage on our campus. We continue to encourage the proper use of other transportation means for daily life, including bicycles.

The US Consumer Protection Safety Commission has discovered 12 cases of hoverboards catching fire. Millions of the devices were sold over the holiday shopping season.

None of the universities that have banned the hoverboards have come up with a plan for determining if a student has purchased a device from a trusted manufacturer.