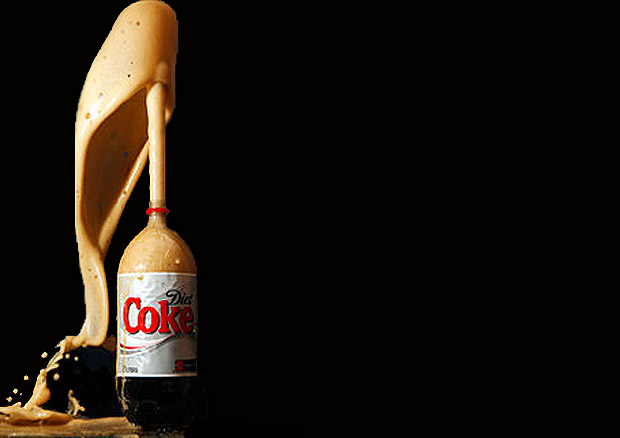 The strong US dollar is killing sales of Diet Coke.

Coke reported a 5% drop in revenue for Q3 and while the company would have earned money on a weaker dollar, its sales were still hurt by a large decline in Diet Coke’s volume.

Volume was down 8% in the quarter and that follows deep declines in both Q1 and Q2.

Diet drinks have become a problem for many beverage companies. Concerns are mounting that the artificial ingredients in them make the drinks less healthy than they appear and could even cause cancer.

Pepsi announced earlier this year that it would stop using the sweetener aspartame in Diet Pepsi. Coke meanwhile continues to use aspartame.

Diet Coke sales are also likely being hurt by the emergence of Coke Zero, a product that increased its volume by 8% in the past quarter. Coke Zero also has aspartame.

CEO Muhtar Kent said in a statement that the company is doing what it can to “restore momentum” but added that it is still a “challenging macro environment.”

In the meantime, Coca-Cola is investing heavily in healthier products such as juice, tea, bottled water, and even milk.

Coke and Keurig will soon release the Kold, a machine that allows people to make their own soda at home, just like the SodaStream.