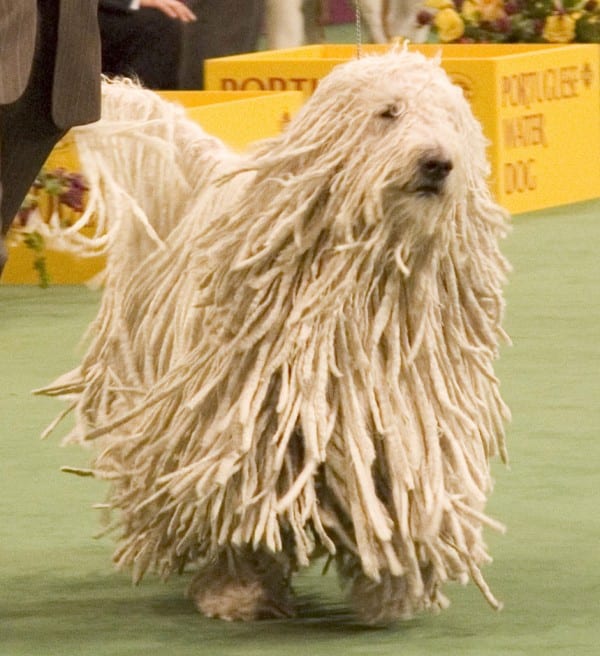 The Research Puzzle has a good post about how picking a winning dog (a la last week’s Westminster Dog Show) is similar to picking stocks:

Watching the televised coverage of the archetypes of the canine world parade around Madison Square Garden, you get caught up in the emotional aspects of the competition. Your biases show up in a hurry, from “I want one of those” to “I wouldn’t be caught dead with one of those.”

In a way, it is much like our instinctive reaction to various investments. We take a natural shining to some things and don’t understand at all what others might see in that which disinterests us. At the dog show, in dulcet tones the announcer describes the breed being judged, including some hints about the personalities of the dogs that might not be noticeable at first glance. We would all be better off if someone was there to give us such advice before making our investment decisions; a little voice that said, “This one is guaranteed to break your heart,” would be nice to have.

For someone who observes how decisions are made, watching Westminster leads to many questions about process. Certainly the winnowing behind the scenes (much like the screening that portfolio managers go through to get a chance to win an institutional account) would be fascinating to see, but the television coverage picks up with the semifinals, the judging of the various groups. A set routine is followed, with the judge for the group first probing the dog’s physical characteristics, then observing its gait and presentation as it shows its stuff for the crowd. (Again the echoes of manager selection are inescapable for someone who has been through that drill.)