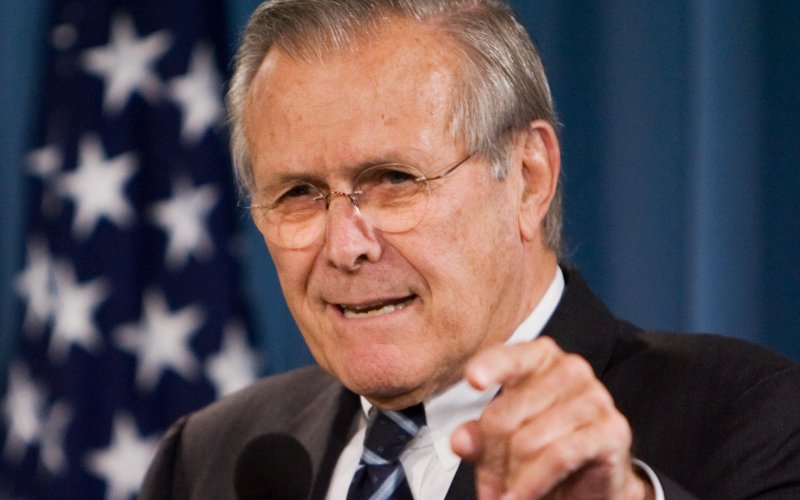 Donald Rumsfeld has written his annual letter to the IRS and it doesn’t look good for the agency.

Despite loyally serving the US government as the secretary of defense under both Presidents Gerald Ford and George W. Bush, Rumsfeld isn’t sure if he filed his taxes correctly for the 2015 tax season.

“Despite having performed this civic duty for over half a century, at the conclusion of filing this year’s taxes, I remain mystified as to whether or not our tax returns and tax payments are accurate,” Rumsfeld wrote in a letter to the IRS, which he tweeted out on Tax Day.

In his letter Rumsfeld takes aim at the complexity of the IRS tax filing system, which is among the most complicated in the world.

“Millions of Americans find the US tax code and the forms so complex that they will individually pay between several hundred to several thousand dollars this year to hire a professional to help them file their taxes,” Rumsfeld wrote.

“A fundamental and annual civic duty should not be so laborious and costly for the average American.” 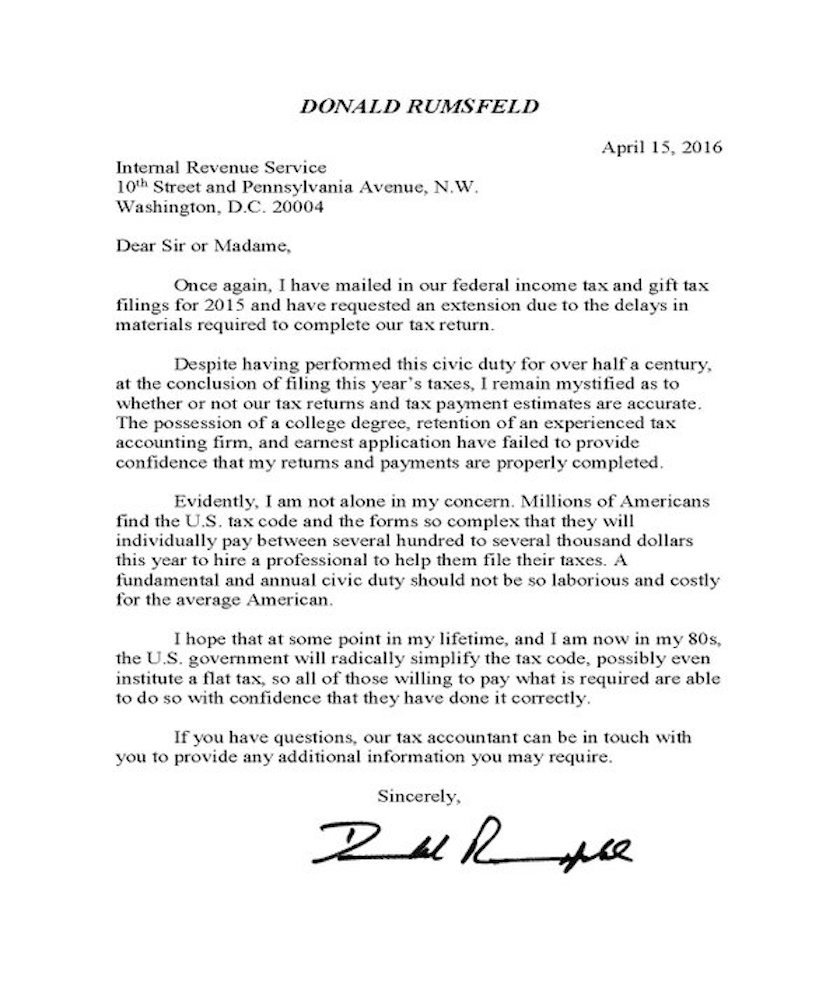