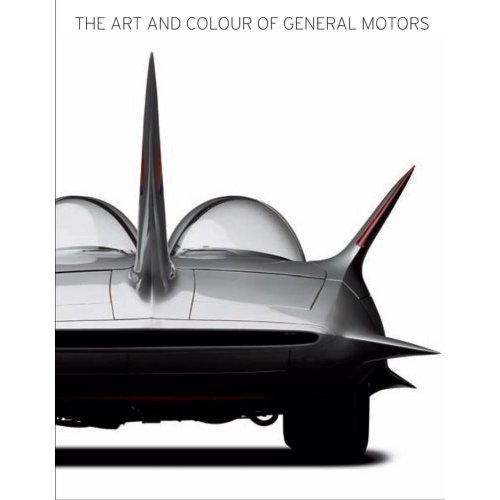 It may be the end of an era, but General Motors will live on. In a way, the history of a mammoth American corporation is like the history of America itself. Check out these titles to learn more about GM.

My Years with General Motors, by Alfred Sloan – Personal account of Alfred P. Sloan Jr., CEO of General Motors from 1923 to 1946. Originally published in 1964. Sloan is considered to be the father of modern systematic organization and management. It’s no modern memoir. This book is the account of Alfred P. Sloan Jr. the professional manager, not the man, but it’s a perenial bestseller and if you like to read business school lessons you’ll love it.

Billy, Alfred, and General Motors, by William Pelfry – This biography of the two founders of General Motors, Billy Durant and Alfred Sloan, takes the reader back to the good old days when what was good for General Motors was good for America. Pelfrey keeps the story modern by comparing the early days of the auto business to Silicon Valley where money flowed freely and fortunes were made. This is the story of two men – Durant, who died penilessin penury, supported by old GM partners while attempting to launch a bowling and fast food empire, and Sloan, who’s name graces a major business school. Publishers Weekly calls Pelfrey’s book “an engrossing account of the fledgling days of the American auto industry; a bumpy, surprising and entertaining ride.”

On a Clear Day You Can See General Motors, by Patrick J. Wright – This book details John DeLorean’s rise through General Motors, and his ultimate exit. It’s a classic tale of corporate mismanagement, inefficiency, illegal tactics and blatant disregard for the public interest. Written in 1990, this book reveals the inner workings of General Motors and is applicable to many corporations. It delves into DeLorean’s thought processes, how he ran two divisions at GM, turning around errors and problems intelligence and common sense.

The Art and Color of General Motors, by Jonathan Stein – Very cool photographic history of the car maker with over forty GM cars photographed by Michael Furman. This book covers the history of GM’s Art and Colour Division, which was started in 1927 by Alfred Sloan with Harley Earl in charge of styling.