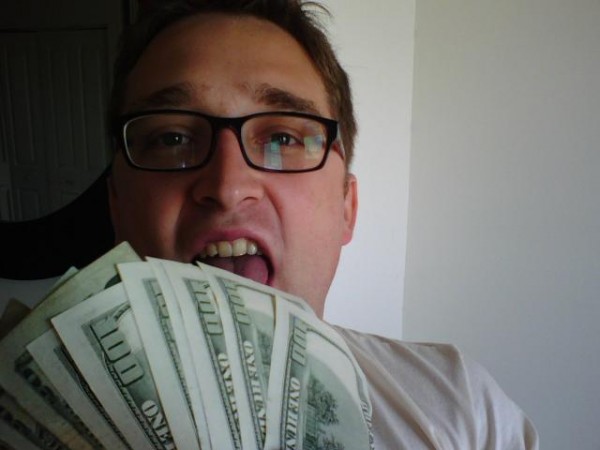 Google is giving all of its employees a 10% raise and a $1,000 cash holiday bonus, according to a leaked announcement sent to Business Insider:

The 10% company-wide raise will take effect on January 1, 2011. In addition, Google will also give each employee an additional raise equivalent to 1X the employee’s target bonus for the year. And employees will be eligible for additional “merit increases” based on their individual performance.

In another nice gesture, Google will pay the taxes on the $1,000 holiday cash bonuses, thus allowing employees to keep the whole thing.

(You can sniff that $1,000 isn’t much, but it’s a lot more than nothing, and spread across 20,000 employees, it’s costing the company $20 million. A 10+% raise on a total cost base of $20 billion, meanwhile, will probably cost the company $1 billion a year, assuming a third of those costs are compensation. Judging from an internal memo, the new salary costs will be somewhat offset by reduced bonuses and stock option grants.)

Google fired the employee that leaked information about the raise to the media, according to CNNMoney:

Google CEO Eric Schmidt announced the salary hike in a memo late Tuesday, a copy of which was obtained by Fortune. The memo was also leaked to Business Insider, which broke the news. Within hours, Google notified its staff that it had terminated the leaker, several sources told CNNMoney. A Google spokesman declined to comment on the issue, or on the memo.

“While we don’t typically comment on internal matters, we do believe that competitive compensation plans are important to the future of the company,” Google’s spokesman said in a prepared statement.

In the past few weeks, Google has lost top minds such as YouTube co-founder and CEO Chad Hurley, AdMob co-founder Omar Hamoui, and Google Maps and Wave creator Lars Rasmussen.

Something is happening in the competitive landscape that Google can’t take for granted anymore that talent will automatically gravitate in. To me, this signals that the company is maturing. Google used to be so hot that it regularly–and successfully–poached top talent from competitors like Microsoft.

Now, Google is actually giving out a blanket raise, something that, as far as I’m aware, is out of character for the company. Those $1,000 holiday bonuses, which arrived in the form of ten $100 biils in a white envelope, were normal protocol before the company went public. Pay, however, was another issue–employees tended to stick around more for stock options than the average to below-average pay that the company issued.

If the notoriously cheap Google is finally ramping up pay, after more than a decade of keeping relatively underpaid employees hanging on through stock options and work environment, the I venture to guess young Google is entering middle age–or at least the corporate equivalent of its 30s.