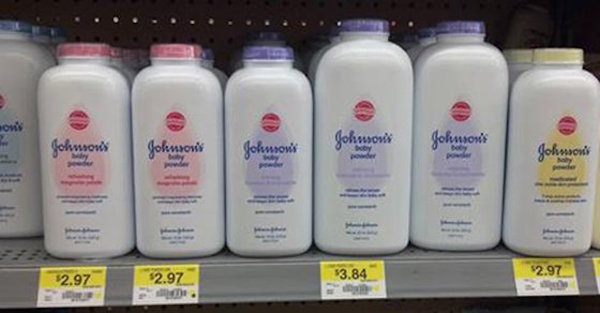 Johnson & Johnson must pay $72 million in damages to the family of a woman who died of cancer she said was caused by the company’s talcum powder.

Jackie Fox died of ovarian cancer in 2015. The 62-year-old woman was diagnosed with the illness two years ago. Her family said she used Johnson & Johnson’s talcum powder for nearly 50 years, and claimed her death was a direct result.

The family argued the company knew about the possible risks of using products containing talc, but failed to warns consumers about them.

Lawyers for the family say a jury in St Louis, Missouri awarded the damages on Tuesday. Nearly 50 other women have filed similar cases against Johnson & Johnson.

Responding to the verdict, Johnson & Johnson issued a statement saying its products are safe.

“The recent U.S. verdict goes against decades of sound science proving the safety of talc as a cosmetic ingredient in multiple products, and while we sympathize with the family of the plaintiff, we strongly disagree with the outcome,” Carol Goodrich, a Johnson & Johnson spokeswoman, said in a statement sent to CNN.

Talc is a naturally occurring mineral composed of magnesium, silicon, oxygen, and hydrogen. It’s used to absorb moisture in many kinds of cosmetic products, from baby powder to make up.

Fox’s lawyers shared various studies that proved the link between talc and ovarian cancer. However, other studies have claimed that those results provided a weak connection at best.

The American Cancer Society says it is not clear if products containing talcum powder increase cancer risk. The International Agency for Research on Cancer, which is part of the World Health Organization, classifies talc as “possibly carcinogenic to humans.”

Because products containing talcum powder are classified as cosmetics, they do not have to undergo review by the Food and Drug Administration.