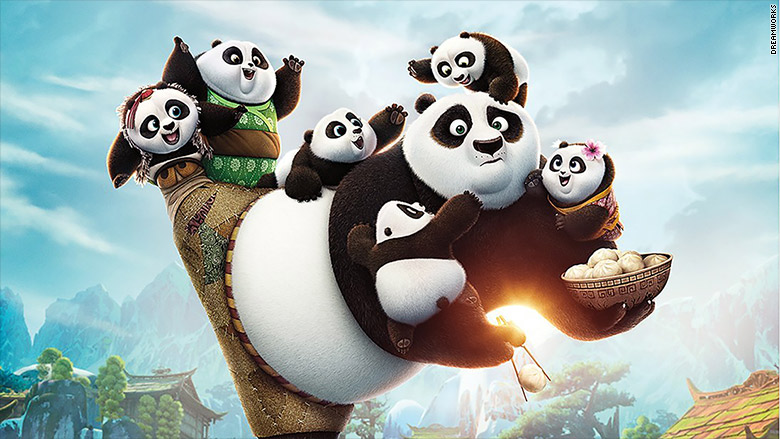 “Kung Fu Panda 3” has karate chopped its way to a box office win.

The third installment in the popular 20th Century Fox and DreamWorks Animation film took in $41 million at the North American box off during its debut weekend.

Kung Fu Panda now holds claim to the third largest January opening of all time. It came in just behind 2015’s ‘American Sniper’ and 2014’s ‘Ride Along.’

Since debuting in 2008 Kung Fun Panda’s franchise has earned more than $1.3 billion globally.

“The ‘Kung Fu Panda’ franchise was a summer mainstay,” Dergarabedian said. “With a smart move to late January, which is known for an over-abundance of adult fare, they capitalized on the pent up need for entertainment at the multiplex for families.”

Internationally, the film brought in an estimated $75 million during its opening weekend in five territories including China and Korea, according to 20th Century Fox.

It was a great weekend for Fox as its Leonardo DiCaprio led film, ‘The Revenant’ took second place with $12.4 million. That movie is in its fourth week of release.