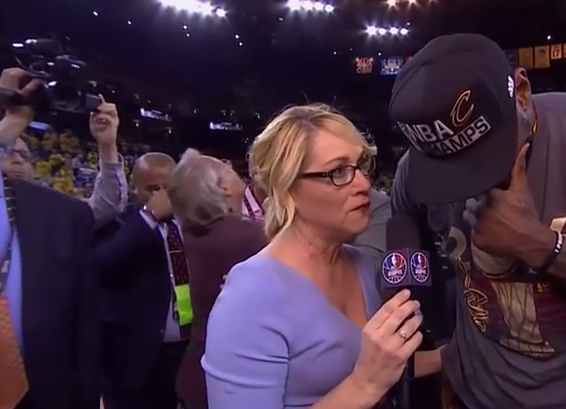 LeBron James led the Cleveland Cavaliers to become the first team in NBA history to come back from a 3-1 deficit to win an NBA championship, beating the Golden State Warriors in Oakland, California, on Sunday night in Game 7, 93-89.

The win marked the first time in 52 years that a Cleveland team has won a major championship trophy.

After the final buzzer sounded, James found himself kneeling on the hardwood, overcome with emotion.

After a few moments of celebrating with his teammates the NBA Finals MVP spoke with ESPN’s Doris Burke.

As he broke down in tears James screamed into the microphone, “Cleveland, this one’s for you!”

LeBron James had a stunning performance with a triple-double: 27 points, 11 rebounds, and 11 assists.

James also won his third Finals MVP award. During his acceptance Burke asked him what was special about this NBA championship compared to his two in Miami.

James kept that promise with some pretty amazing plays, including one of the greatest in NBA Finals history.