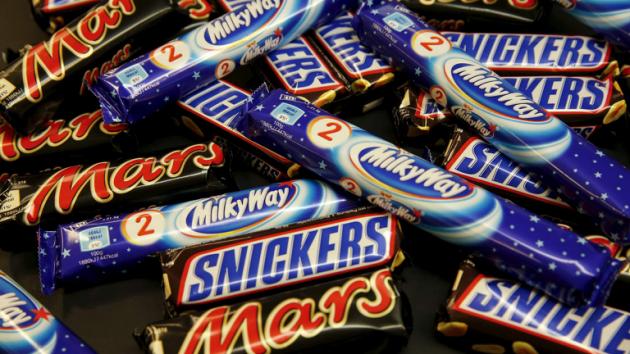 Mars is recalling millions of Mars, Snickers, and Milky Way chocolate bars that are being sold in 55 countries.

The recall affects Mars candy that was produced in the Netherlands.

Mars Netherlands said it decided to issue the voluntary recall as a “precautionary step” after receiving a consumer complaint about a piece of plastic found in one of their products.

The Mars, Snickers, and Milky Way bars being recalled feature best before dates between June and October 2016.

Celebration and Variety candy packs are also being recalled.

News of the recalls broke on Tuesday and increased traffic to its websites took down portals in Germany, France, and other countries.

Users on social media were angered by their inability to reach customer service representatives by phone and on the internet.

Mars said it would release more detailed information about the recall at a later time.