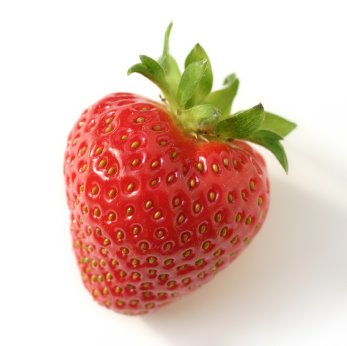 My first job was picking strawberries in muddy fields in extreme northwest Washington state. If you’re thinking this is some cruel child labor, you may be correct, but it’s what we did. Not only was picking strawberries the only employment available to industrious fourth graders, it was the cool thing to do. How else would we earn money to buy rainbow shoelaces and scented ball point pens?

Child Labor
Once school let out in June, kids had the option of choosing a berry farm to work for. I picked the one my neighbor, Lori, chose. If you’re not familiar with the weather in the Pacific Northwest, it rains several times a week – most of the summer. This is no excuse to get out of doing anything. Because we never knew how much rain was too much, sometimes we stood soaking and waiting for an hour for the school bus before going inside, free to watch TV.

At the farm, each kid took a five-gallon bucket to an empty row. Strawberries grow low to the ground, so we worked on our knees. Picking a row took about 30 minutes. Buckets were weighed and someone punched cards we wore around our necks with the number of pounds we’d picked. I did this over and over again and went home with stained, cracked fingers and mud soaked through the knees of my jeans.

SEE ALSO:
Businesses You Can Start With $100 or Less

Fair Pay? Eat Your Weight in Fruit
Did I mention we were paid by the pound? If I recall it was about $.07 a pound. You could expect to make a few hundred dollars over the course of a summer, depending on your level of dedication, but it wasn’t close to minimum wage. In order to get us kids to stick it out for the entire season, the farms paid a bonus to stay until the end. You made more per pound the longer you worked. And we didn’t get paid at all until we quit or all the berries all were picked, whichever came first.

The strawberries were free – all we could eat.

Quitters Sometimes Win
By the second day Lori and I had decided to retire from strawberry picking and start a business of our own. L&L Odd Jobs was born. We spent a week making up the perfect ad and hung it at the corner store. We got one job. Lori’s mom paid us to pick weeds.

We had less money for rainbow shoelaces and scented ball point pens that summer, but more time to play in the lake, take long bike rides, and plan our next business venture.

What early job pointed toward your self-employment?