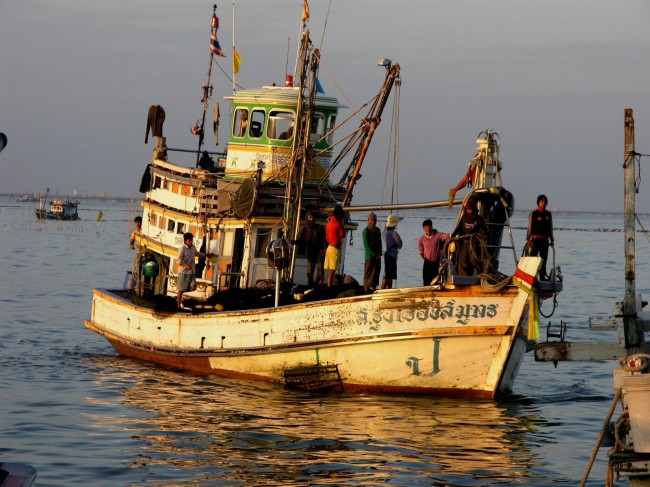 Nestle on Monday said some of its seafood suppliers in Thailand have been found to have engaged in abusive labor practices.

According to the company, poor migrants to Thailand are being exposed to hazardous, inhumane living, and working conditions.

The company says some workers are being charged excessive fees, which are in turn leading them into a cycle of debt that is impossible to escape.

These labor issues “are not unique or limited to the Nestle supply chain,” the report said. “Virtually all companies sourcing seafood in the Thai seafood sector are exposed to the same risks.”

The report says many workers are lured to new jobs under false pretense. They are often forced to work while their identification documents are confiscated.

In other cases workers were subject to physical abuse and some were sold to boat captains who needed extra hands on their deck.

The report says Thai shrimp commonly sold in the U.S. comes from farms, and the feed for the shrimp is often sourced from slave-staffed fishing boats known as “ghost ships.” A lawsuit filed against Costco, a seller of Thai shrimp, says workers on Thai shrimp boats are kept in cages to prevent them from escaping.

A lawsuit was recently filed against Nestle alleging the company’s Fancy Feast cat food, which is also imported from its partner, Thai Union Frozen Products, is the product of slave labor.

“Nestle is committed to eliminating forced labor in our seafood supply chain in Thailand, working alongside other stakeholders to tackle this serious and complex issue,” said Nestle.