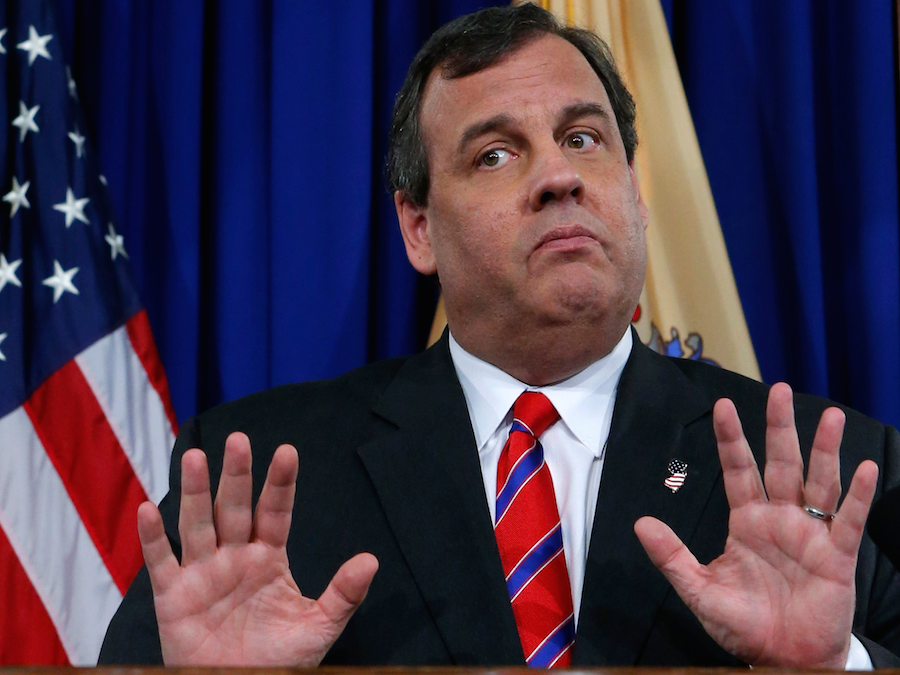 Six New Jersey newspapers have joined forces to demand that Governor Chris Christie resign after choosing to endorse Donald Trump for US President.

The newspapers say that if Christie refuses to leave his post, citizens in the state should demand a recall vote.

All six newspapers are owned by the Gannett Company.

The brutal editorial was ran on Wednesday. The editorial attacked everything from Christie’s constant use of sarcasm to “his long neglect of the state to pursue his own selfish agenda.”

They added that they were “disgusted with his endorsement of Donald Trump after he spent months on the campaign trail trashing him.”

Christie was one of the first prominent Republicans to endorse Donald Trump after he ended his own presidential campaign following several disappointing showing in early caucuses and primaries.

During his endorsement of Donald Trump Christie claimed that his choice for President had the best chance at beating Hillary Clinton in the November primary.

Here’s just one of the fun attacks Christie had lobbed at Donald Trump before he endorsed him.

Christie told Boston Herald Radio that Trump’s decision to skip the debate showed that the real estate mogul is “think-skinned.”

“I think it just makes people call into question his judgment,” Christie said. “America wants a fighter who’s not going to walk away from a fight, but will walk into one.”

Christie also bashed Trump’s proposal to ban Muslims and said that’s “the kind of thing that people say when they have no experience and don’t know what they’re talking about.”

“We do not need to endorse that type of activity, nor should we,” he said. “You do not need to be banning Muslims from the country. That’s, in my view, that’s a ridiculous position and one that won’t even be productive.”

“Showtime is over. We are not electing an entertainer-in-chief. Showmanship is fun, but it is not the kind of leadership that will truly change America,” Christie said of Trump at an event in January.

That’s just a small sampling of Christie’s hatred for trump directly before he chose to endorse the GOP’s presidential front-runner.