The league’s Twitter account was hacked on Tuesday with a tweet that read, “We regret to inform our fans that our commissioner, Roger Goodell, has passed away. He was 57.”

The NFL confirmed that its account had been hacked and that Goodell was still alive and well.

Goodell has come under fire in recent years regarding the league’s massive domestic violence problem and his suspension of Tom Brady nad his $34.1 million salary.

At first the NFL deleted the tweets but the hacker continued to gain access and post new messages. 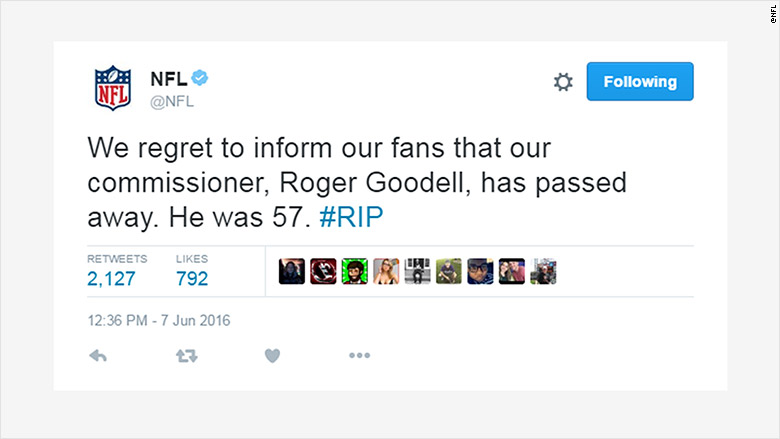 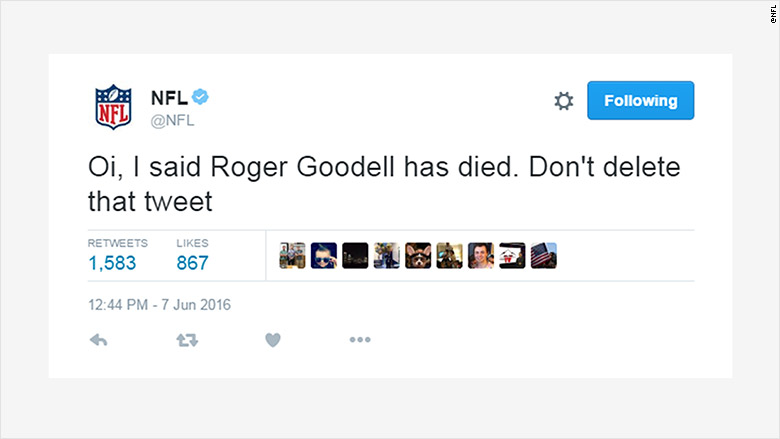 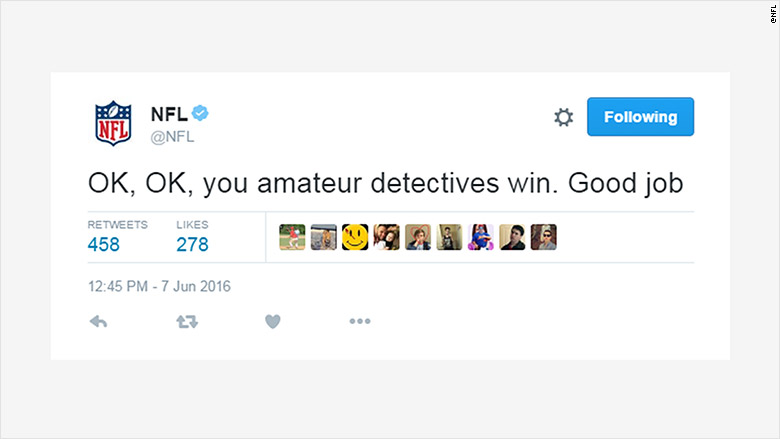 The original tweet about Goodell’s death was retweeted over 2,000 times before it was deleted minutes after it was posted.

The NFL’s Twitter page indicates that the handle has posted hundreds of new tweets since the hack.

“We have engaged law enforcement to look into the matter,” the NFL said in a statement on Tuesday. “We are reviewing and strengthening our cyber-security measures.”

On Sunday, an account associated with actor Jack Black announced that he had died. That was also later revealed to be a hack.

Come on, use two-factor authentication people. It’s simple and it will save you from this type of embarrassment.