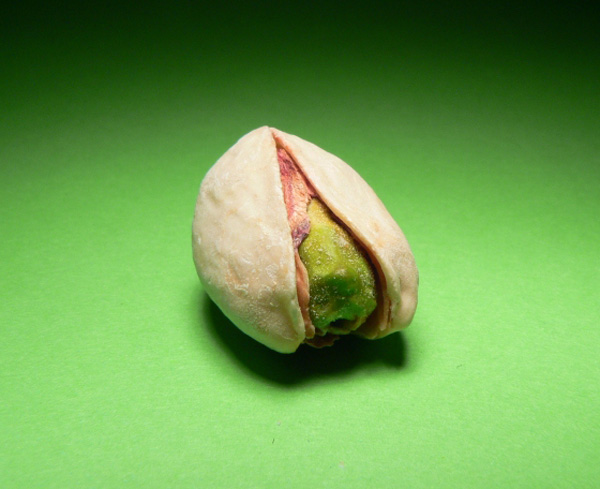 Setton Farms, the second-largest producer of pistachios in the country (according to its website), is recalling roughly 1 million pounds of the nuts because they may be contaminated with salmonella. From CBS:

The recalls began last Friday when the Georgia Nut Company recalled its Kraft Back to Nature Nantucket Blend trail mix after some samples tested positive for salmonella. Setton Farms has started a separate recall of roasted pistachios, and grocery operator Kroger also has recalled some pistachio products.

State authorities said Setton sent its roasted pistachios to Georgia Nut. Setton Farms has initiated a separate recall of three lots of roasted pistachios tied to the positive results in the trail mix, California officials said. Kroger said the California firm also supplied the line of pistachios it recalled because of possible salmonella contamination. Those nuts were sold in 31 states.

Dr. David Acheson, director of food safety for the Food and Drug Administration said the contaminated pistachios are not related to a recent outbreak of salmonella tied to peanuts, reports CBS News Correspondent Nancy Cordes.

Right now, the FDA is advising Americans not to eat pistachios but not to throw away their pistachios either. Basically, people should hold on to their pistachios until the FDA knows more about which products are affected.

California is also the second-largest producer of pistachios in the world.

Roasting should kill salmonella, so why are roasted pistachios being recalled? According to the AP,

…problems can occur if the roasting is not done correctly or if roasted nuts are re-contaminated. That can happen if mice, rats or birds get into the facility.

When it comes to nuts, it seems that buying American is a dangerous idea.