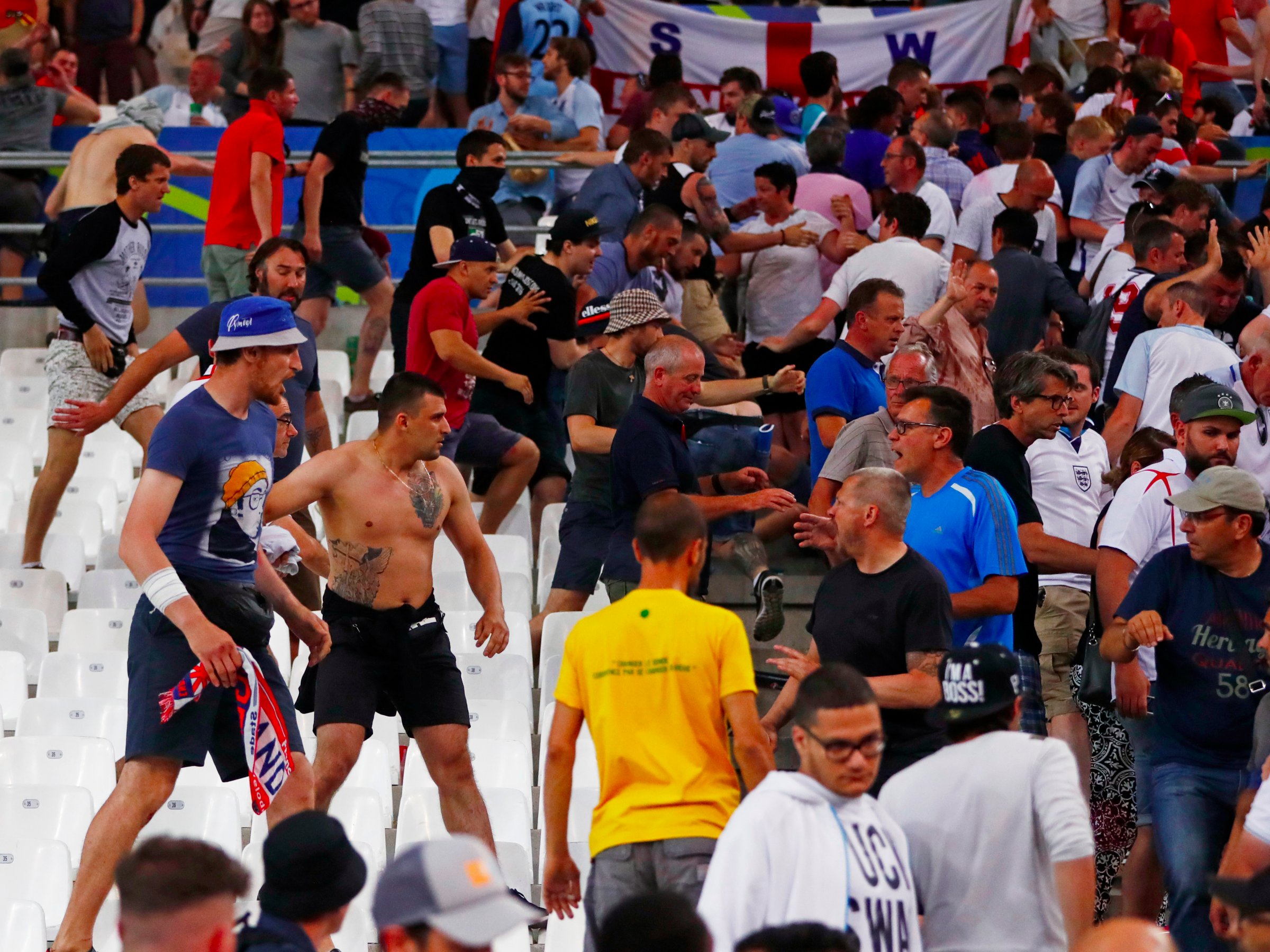 Russia’s Euro 2016 football team has been handed a “suspended disqualification” notice for fan hooliganism. The notice was given out after a match in Marseilles on Friday in which numerous arrests and injuries were reported.

UEFA said the disqualification would go ahead if similar incidents occur at any of Russia’s remaining matches.

The disqualification was issued after English football fans were attacked and chased out of the ground during the England-Russia match at Marseille’s Stade Vélodrome.

Officials were quick to chastise the league for not better segregating the two groups of soccer fans.

England’s Football Association has raised concerns about French security for an upcoming match in Lille.

The team is due to play Wales on Thursday in the nearby city of Lens, while Russia will play Slovakia in Lille on Wednesday.

Six England supporters were jailed for a month and banned from France on Sunday following days of disruption in Marseilles.

Officials now worry that around 150 “Russian Ultras” – hyper-violent, coordinated hooligans – could be plotting further attacks as the tournament progresses.

Home Secretary Theresa May said the French government also reviewed its crowd policy despite the “inexcusable” behaviour of some England fans.

“The French and Uefa will rightly be asking themselves searching questions about how the segregation of fans within the Vélodrome stadium broke down,” she said on Monday.

Igor Lebedev, a high-ranking football official, decided to praise the Russian violence on Monday, saying “I don’t see anything wrong with the fans fighting. Quite the opposite, well done lads, keep it up!

“I don’t understand those politicians and officials who are criticizing our fans. We should defend them, and then we can sort it out when they come home. What happened in Marseille and in other French towns is not the fault of fans, but about the inability of police to organise this kind of event properly.”