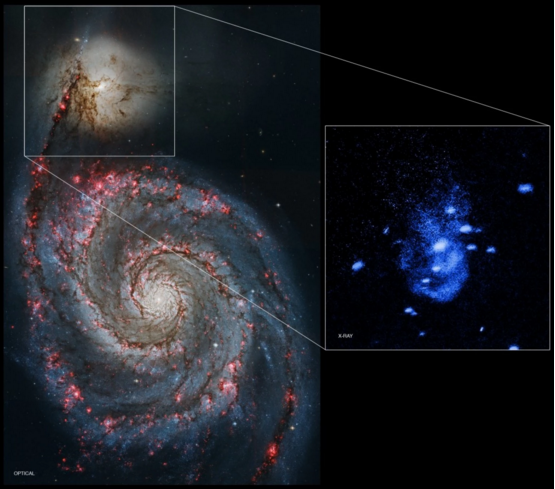 Scientists have discovered a nearby black hole that is “burping” out gases.

“For an analogy, astronomers often refer to black holes as ‘eating’ stars and gas.  Apparently, black holes can also burp after their meal,” Eric Schlegel of the University of Texas said in a statement put out by NASA.

Schlegel is the lead author of a new study on these cosmic belches. It might sound like a funny subject but it’s a serious scientific discuss which was presented on Tuesday at the annual meeting of the American Astronomical Society.

Scientists believe the blasts of matter that black holes expel are responsible for helping regulate the size of the holes and for creating nearby stars.

Cosmic belching isn’t easy to catch, it wasn’t until November 2015 that a research group claims to have captured the entire process.

“Our observation is important because this behavior would likely happen very often in the early universe, altering the evolution of galaxies. It is common for big black holes to expel gas outward, but rare to have such a close, resolved view of these events,” Schlegel said.

Black holes will gobble down anything that comes past their event horizon.

It’s believed the gases being spewed from the black hole are the aftereffects of a big meal that happened millions of years ago. It would take jets 1 million to 6 million years to reach their current positions.

“This activity is likely to have had a big effect on the galactic landscape,” co-author Christine Jones of the Harvard-Smithsonian Center for Astrophysics said in a statement.