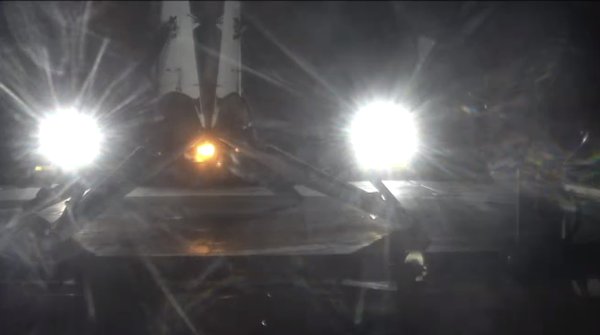 SpaceX and CEO Elon Musk have just proven that their first ocean based rocket landing wasn’t a fluke.

The company in the earlier morning hours of Friday landed a second rocket on a platform in the middle of the ocean.

The private space exploration firm launched its latest Falcon 9 rocket from Cape Canaveral in the early hours of Friday morning.

The rocket was carrying a communications satellite — called the JCSAT-14 — that will be operated by a Japanese telecoms company.

After the successful launch of the satellite, the rocket’s first stage landed on a barge floating in the Atlantic Ocean.

Musk said the odds of a stable landing were only 50:50 because the rocket’s re-entry was going to be faster and hotter than previous attempts.

“Woohoo!!” the CEO said after the landing. “May need to increase size of rocket storage hangar.”

May need to increase size of rocket storage hangar

SpaceX failed to land a rocket on an ocean based platform during its first three attempts. The company finally completed a successful land-based landing in December.

The company’s first successful sea landing was completed on April 8.

By landing rockets in an upright position, SpaceX is able to save millions of dollars per launch. Those savings allow the company to undercut its competitors, while making commercial space travel cheaper for the entire industry.