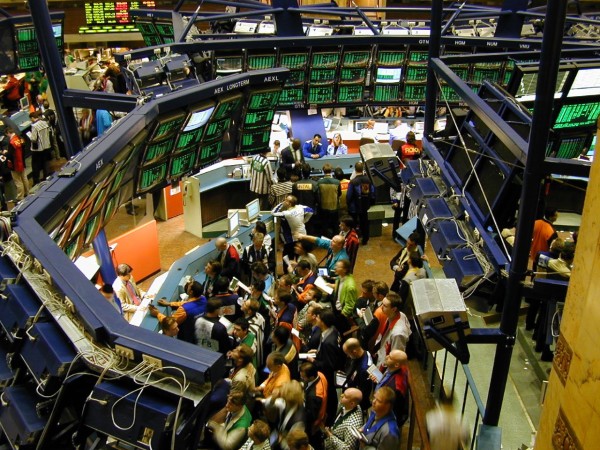 China’s currency devaluation ended a week ago but stocks worldwide cratered on Thursday over persistent fears that the second-largest economy in the world was in the midst of a slowdown.

News that Chinese manufacturing had slowed, with the poorest showing since 2008, added to those concerns and sent global stocks sharply downward.

The Shanghai Composite Index was down 4.3 percent in Friday morning trading, nearly matching its July 8 low. The Hang Sen Index in Hong Kong fell 1.3 percent and has now lost more than 20 percent since April. Markets in Taiwan, South Korea and Japan all saw big drops as well. But the selloff did not end in Asia, spreading westward into Europe and the United States, where the Dow cratered, losing 2.1 percent of its value with a 358 point drop, and the Nasdaq fell by 2.8 percent. That was the worst trading day for American stocks in 18 months.

Markets are still concerned that China’s troubles, which include an overextended stock market propped up by the government, tumbling exports, and last week’s currency woes, signal deeper problems for the global economy as recessionary scars struggle to heal.

Adding to that uncertainty is the Federal Reserve and its impending decision of whether to raise interest rates. Years of loose monetary policy have helped prop up the American economy and boosted stock prices worldwide. Raising them, even after seven years at zero, could torpedo the modest recovery.

On Wednesday, the Fed released minutes from its July meeting which showed unease over persistently low inflation. This month’s turmoil might cause Fed officials to hold off raising rates at next month’s meeting, to avoid roiling markets any further.

But a big part of the problem for investors has been the level of uncertainty surrounding the world economy and how policymakers will react. Delaying rates would only postpone the inevitable. And China will almost certainly remain a question mark as officials there struggle to manufacture stability and avoid whatever political fallout a crashing economy might entail.

Not helping matters was the news Thursday that Greek Prime Minister Alexis Tsipras would resign and call for new elections. Whether in Greece or China, more political uncertainty on economic policy is not good news for world markets.