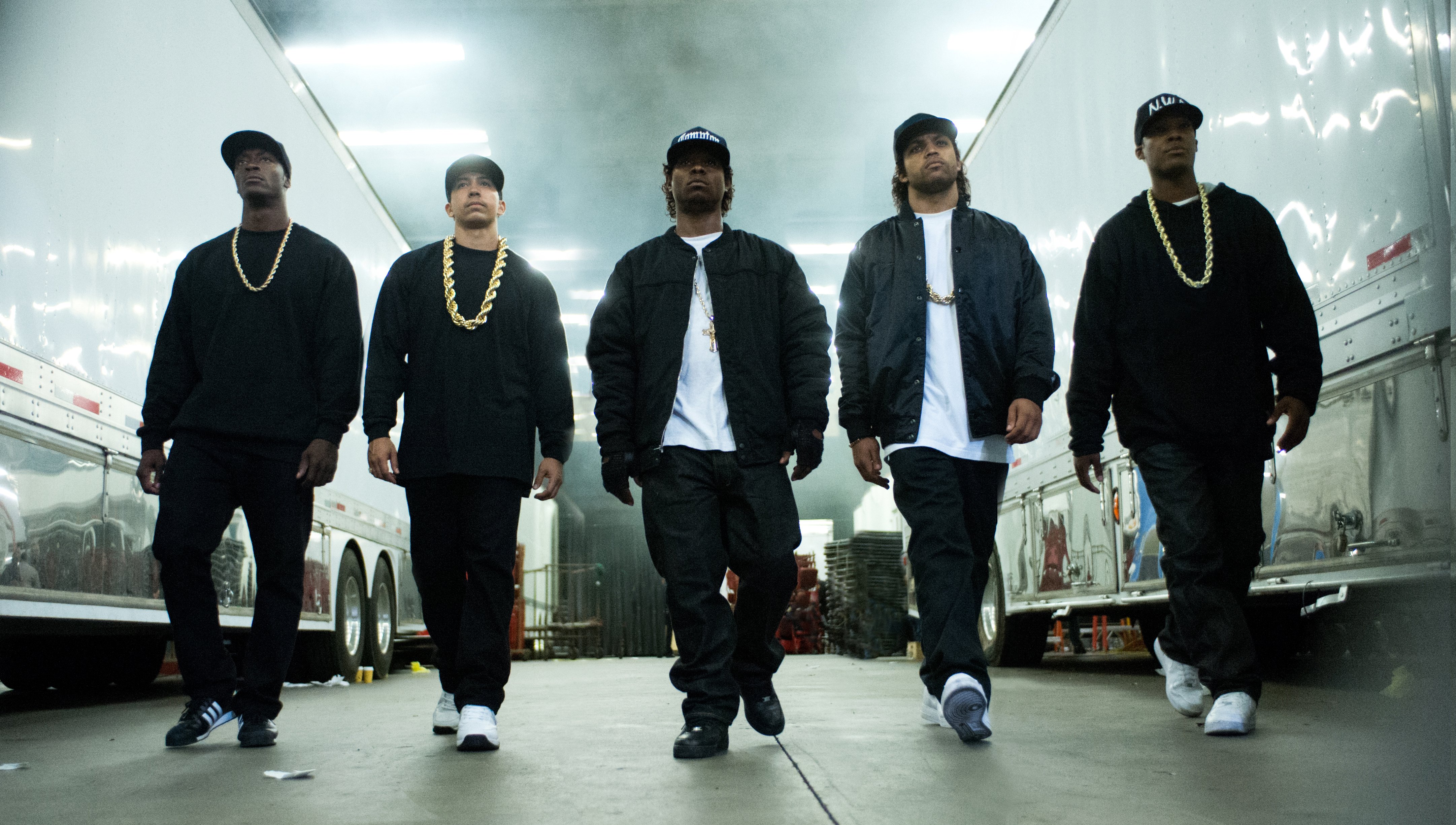 N.W.A. didn’t have the most amicable of splits and for years there were lawsuits and other problems for the group. So it shouldn’t come as no surprise that N.W.A. and NBCUniversal are being used over the biopic ‘Straight Outta Compton.’

The movie, which debuted in August, has led to a lawsuit that claims breach of contract, copyright infringement and defamation.

The lawsuit is seeking $110 million in damages from former N.W.A manager Gerald Heller.

“The Film is littered with false statements that harm the reputation of Plaintiff and aim to ridicule and lower him in the opinion of the community and to deter third persons from associating or dealing with him,” says Heller’s complaint (read it here).

The lawsuit was filed in L.A. Superior Courts. It claims that the “sleazy manager” Jerry Heller character, portrayed by Paul Giamatti, is made to look like the villain of the movie.

Heller says he never gave permission for his name or likeness to appear in the movie.

NBCUniversal is not commenting on the lawsuit at this time.

Heller is seeking $35 million in monetary damages and $75 million in punitive and exemplary damages plus “restitution of all gains, profits and advantages.” The movie has made almost $200 million worldwide since it debuted.

“The insidiousness of Defendants’ behavior is underscored by the fact that the Film may well become the largest globally grossing music-story based film ever,” the filing says of Straight Outta Compton. “The larger the success of the film, the greater the damages to Plaintiff, who has been and continues to be defamed, ridiculed, and robbed of his personal and financial rights to the extent that the intentional and egregious behavior of Defendants demands the imposing of punitive damages.”

Heller also claims that “a significant amount of the Film’s content” is lifted from his 2006 book Ruthless: A Memoir along with several screenplays he owns. Of course, it is the telling of a widely publicized story and claiming that you own the rights to another person’s life story is a bit silly at best.