Shark Tank is an Emmy-winning business reality that airs on the network ABC and is watched by an astounding 7.9 million viewers. The premise of the show is simple and incredibly addictive for the casual television consumer.

Entrepreneurs at varying stages in the creation of their businesses will go into the tank to seek investment from one of five sharks. Some of them are startups when they enter the tank, and some have been up and running for a long time but can’t afford to meet the financial demand of manufacturing, shipping, and whatever else. Some products that have aired on the show have failed miserably (a la Arkeg), but the ten below have seen some of the largest success in the series’ history. 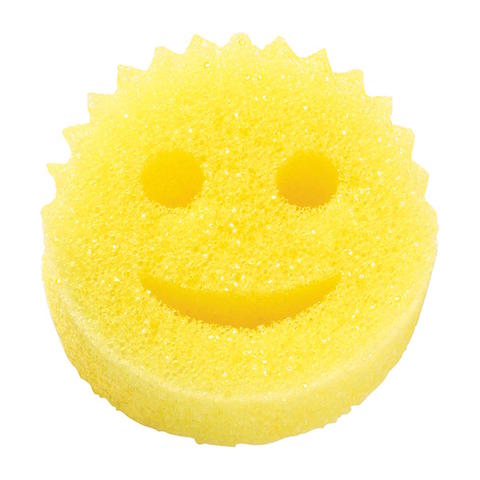 Scrub Daddy is taking sinks across America by storm, to the tune of over $100 million. This is the highest grossing product in Shark Tank history. It is a sponge made out of a strong high-tech polymer that will get softer in warm water and harder in cold water. This makes it great for scrubbing dishes regardless of how dirty they are. Additionally, the smile design makes it extremely handy for cleaning utensils.

Scrub Daddy comes in a few different varieties, such as scented and multiple colors. The product was originally pitched on Shark Tank in fall of 2012. Lori Greiner invested $200,000 in return for a 20% equity stake in Scrub Daddy, and they went on to sell 42,000 in just seven minutes on QVC the very next day. 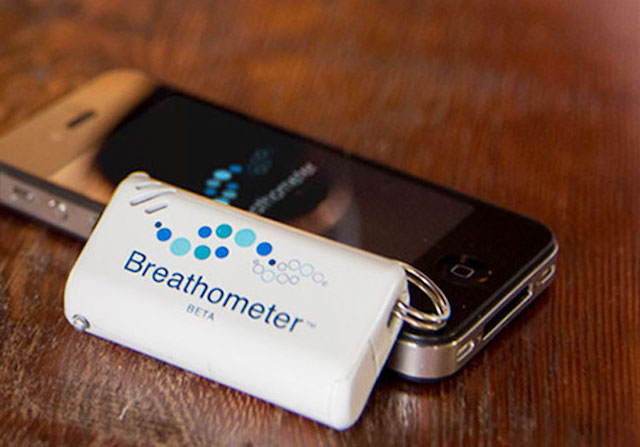 Breathometer is a great concept and was what seemed to be a great product before sadly being shut down by the FTC. It was a small breathalyzer that would plug into the headphone jack on your smartphone and test your blood alcohol content. If the user’s BAC was over the legal limit, the dedicated app would display options to call pre-selected contacts or even local taxi services.

It was initially funded on Indiegogo where it reached $138,000 of a $25,000 goal; founder Charles Michael Yim appeared on Shark Tank just six months after the funding campaign closed. He was asking for $250,000 for 10%. However, all five sharks ended up investing a collective $1 million for an evenly distributed 30%. That was the first time in the show’s running history that all five investors collaborated on one project.

Breathometer ran with great success, making over $5 million before being shut down by the FTC after a lawsuit citing reliability issues. The lawsuit required the company to issue all refunds at previous buyers’ request. 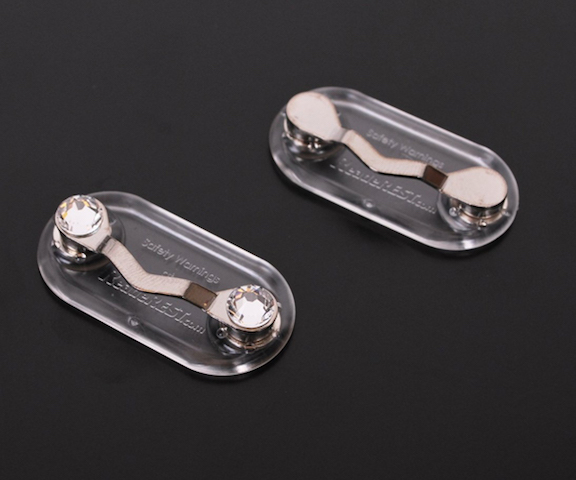 ReadeRest is a clip where you can hang your glasses that is attached to your shirt with magnets. They are kind of comical, the quintessential “As Seen On TV” product that has come out of Shark Tank. Even though there is a lot of laughter surrounding the clip, the company is worth several million and has made numerous appearances on QVC.

Rick Hopper turned 40, and he started to get clumsy, is how the story goes. He was dropping his glasses and scratching them so often that he wanted to come up with a solution that would keep them safe and thus, ReadeRest was born. He started the company in 2010, and on Season 3 of Shark Tank in 2012, he landed a deal with the Queen of QVC, Lori Greiner.

ReadeRest is now on shelves in stores like Staples, Ace Hardware, and even Walmart. It is now advertised as more of a multifunctional tool for headphones, IDs, and other small items that are convenient to have accessible. 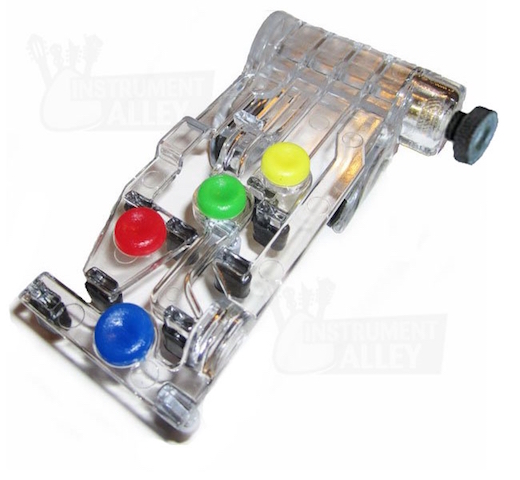 ChordBuddy is an attachment that goes onto the neck of a guitar, and it is meant to fit most standard sized guitars. It features four differently colored buttons, which play G, D, C and E minor. The founder Travis Perry claims that it is the easiest way to learn how to play guitar, as you can pick up and get started right away without the pain in your hands or the frustration of mastering finger positions. As you get better and more confident in your ability, you can remove the buttons that correspond to the chords that you have already mastered.

The company has seen immense success, has expanded their product line and has received several celebrity endorsements. The most notable support is from country artist John Rich. Mark Cuban wasn’t confident in the scalability of the product, but Kevin O’Leary, Daymond John, Barbara Corcoran, and Robert Herjavec each made offers.

In the end, Travis Perry made a deal with Robert Herjavec, $125,000 for 20% and an additional $50,000 in escrow for a possible infomercial in the future. ChordBuddy has gone on to do several million in sales. 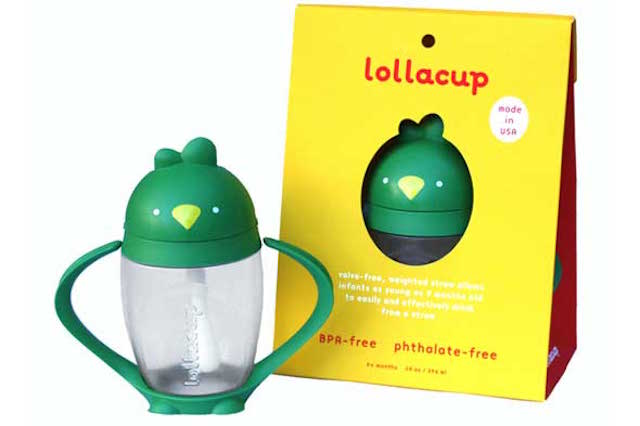 Lollacup is an adorable penguin shaped sippy-cup alternative. The cup features a weighted straw and is spill proof, allowing young kids to drink out of it from any angle and still be able to use the straw, and without making a mess.

The cup was invented because the inventor’s daughter was unable to drink from traditional straw cups that featured the spill-proof valve. The Lims, the founding family, entered the tank with lifetime sales of a modest $40,000 from about 50 retail stores. Within months of the deal that Mark Cuban and Robert Herjavec partnered on, they brought the Lollacup back in a little update segment in 2013 and reported that sales have already climbed to over $300,000 and it’s now available in over 300 stores.

Today, Lollacup has grown into Lollaland, a brand dedicated to creating “modern and innovative infant/toddler goods that are functional and fun!” 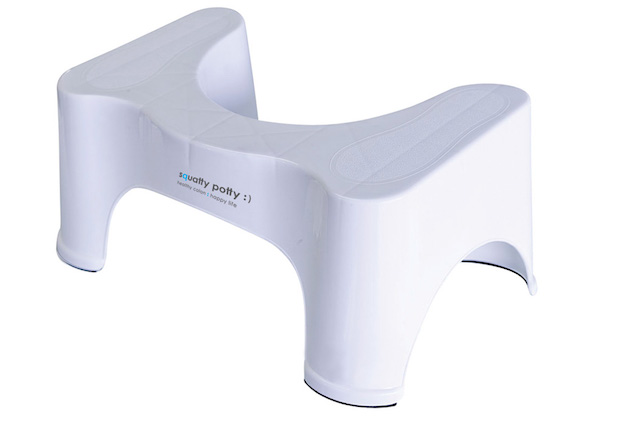 Squatty Potty quickly became a household name when their advertisement featuring The Prince and The Unicorn went viral in the year 2015. The ad is upbeat, and extremely disconcerting if you go into it without knowing what to expect.

SEE ALSO:
Business in a Blink: Week in Review

“Squatty Potty is not a joke,” the Prince informs the viewer, “and yes, it will give you the best poop of your life.” In a pitch filled with toilet humor, founders Bobby and Judy Edwards sought $350,000 for a 5% equity stake in their business that helps you do your business. They cited production as their primary financial setback and boasted sales of over a million dollars thanks to an endorsement from Dr. Oz and Howard Stern.

In the end, Lori Greiner made a deal with them at $350,000 for 10%. The company has only continued to grow and has now expanded to make an inflatable Port-A-Squatty for the traveler, high-end teak or bamboo Squatty Potties that look sleek and modern. They also sell homeopathic constipation relief pills, “Sweet Loo” bathroom odor eliminators, and a bidet spout that can be quickly and easily added to any toilet.

Groovebook brings all the nostalgia of a photo album into a present and modern solution. You could subscribe for the low price of $2.99, and every month you were given the option to select up to 100 photos you had taken with your smartphone that would be printed into a 4×6 book with perforated pages.

The Whitemans were the founders of the startup, which had only 18,000 subscribers in 2014 when their episode aired. They had yet to break even, let alone become profitable, and they had walked in looking for $150,000 for 20% ownership of the entire operation. However, they ended up doing a deal with the unlikely partnership of Mark Cuban and Kevin O’Leary, handing over 80% of the licensing rights of GrooveBook for the price of $150,000. At that time, their profit was only $0.70 a book, and they were 12,000 subscribers away from being able to make any money.

After the Shark Tank appearance in January of 2014, GrooveBook hit 500,000 paid subscribers. According to a report by TechCrunch, in November of that year, GrooveBook had 1 million downloads and 200 million photo uploads. Groovebook was acquired by Shutterfly in late 2014 for almost $15 million. 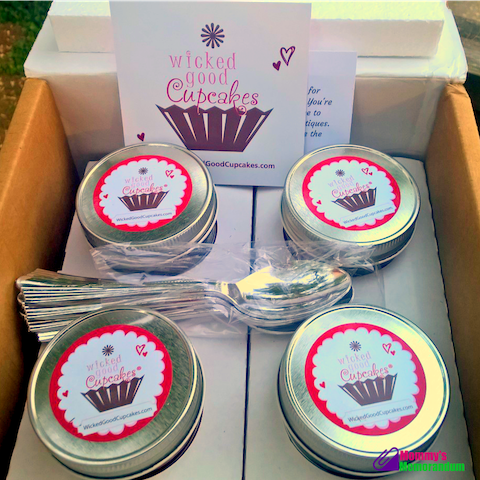 Many food products have come and gone through the tank, and while there have been a few bites, nothing has stuck quite like Wicked Good Cupcakes.

Tracey Noonan and Danielle Desroches are a mother-daughter duo who took some baking classes together to spend more time together, and it quickly grew into Wicked Good Cupcakes as the market for gourmet confections was booming at that time. They went in seeking $75,000 for 25% but ended up with a very different deal from Kevin O’Leary. He invested $75,000 and wanted $1 per unit sold until he recouped that cost, and then $0.50 in perpetuity.

After some conversation, he ended up with $0.45 in perpetuity and an incredibly profitable cupcake business in his portfolio. In the first week after Shark Tank, they made $230,000 and have since continued to expand their product line and grow their profits. 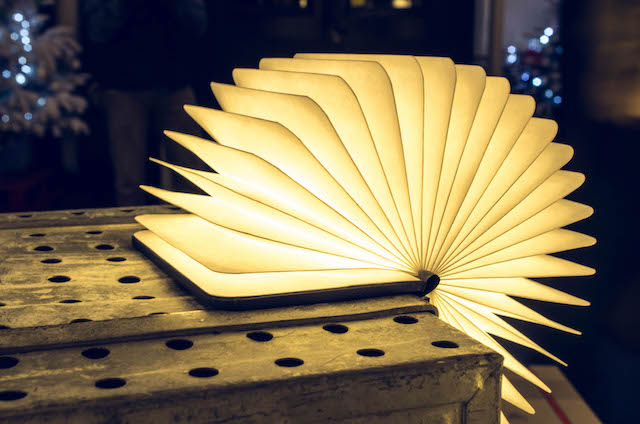 The elegant Lumio book lamp is stylish and versatile. It is hard to believe that it was born out of a failure, but it’s the truth.

Lumio founder Max Gunawan is a California native who used to work in architecture. He had the idea to create a modular home that could fit into a compact car, which has yet to work out for him. When he realized that the cost of the prototype was too high, he decided to scale it down to just a lamp. With that idea, he started a Kickstarter campaign with a goal of $60,000. In two days, he had raised $80,000; when the campaign closed after a month, he had raised $578,000. With the money, he traveled to China to make sure that manufacturing was exactly as he wanted it, and all the work culminated in $1 million in sales that year.

He went on Shark Tank in 2014 asking for a $250,000 investment in exchange for 8% equity in the Lumio business. No one jumped at the idea, but once they saw the elegance and functionality, they all became interested. In the end, he did a deal with Robert Herjavec for $350,000 for 10%. Now the Lumio is sold in bookstores, museums, and a few online outlets. It has been featured in the Wall Street Journal and GQ. 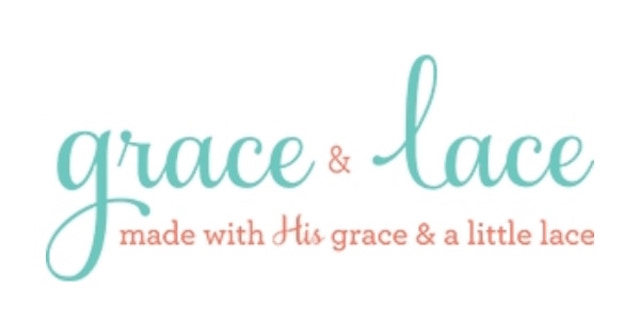 Grace and Lace is a company with a cause, run by an incredibly humble family, and born out of one of the ugliest tragedies a person can experience. Melissa and Rick Hinnant entered the tank in early 2013, seeking a $175,000 investment for a 10% equity stake in their company.

The family from Austin, Texas call Grace and Lace an accidental company. In 2010, after strict bed rest for months, and premature labor, the Hinnant’s lost their first baby. While on bed rest, Melissa had to remain completely horizontal, and that is when she took up knitting. Even after their devastating loss, she kept up her newfound hobby and ended up making lacy leg warmers. She posted a photo of the leg warmers on Facebook, and so many people wanted to buy them that she began selling online October 2011. By the end of 2012, she had sold $850,000 in products.

Barbara Corcoran offered the full $175,000 they requested after falling in love with the product, and it has proven to be the deal of a lifetime. In three years, profits skyrocketed to $20 million, and G&L now offers almost 500 different products. The Hinnant’s have partnered with Angel House, and have built several orphanages in India and plan to continue their philanthropic missions.