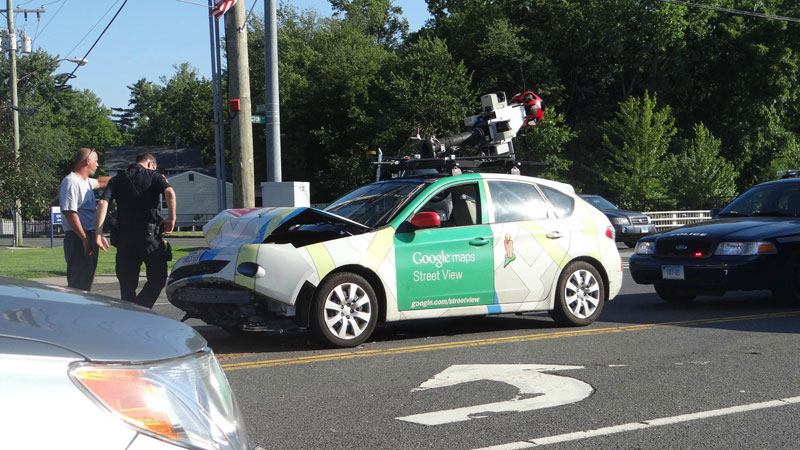 Google Maps is an amazing piece of software. I would argue that it has changed the way motorists travel in many ways. With Google Maps you can find gas stations, locate a nearby hotel, and even avoid tolls, traffic jams, and boring routes with nothing fun to stop and see.

Unfortunately, there is also a large group of Google Maps users who take the software a bit too seriously. They will literally drive into a lake or plow into a tree because Google Maps gave them directions they simply refused to ignore.

These 8 incredibly stupid people failed at life when they decided to follow Google Maps’ directions a little too literally. 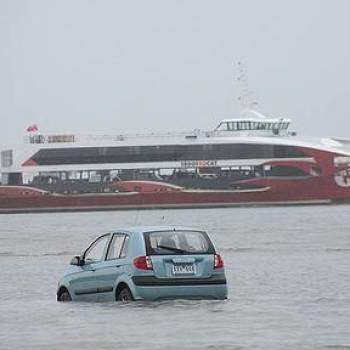 In march 2012 a group of students from Tokyo were visiting Australia when they decided to follow directions from their Google Maps software. They were trying to navigate between two islands along a channel route when they became stuck in Moreton Bay. Thankfully it was low tide and nobody was hurt.

Student Yuzu Noda said the GPS “…told us we could drive down there. It kept saying it would navigate us to a road. We got stuck… There’s lots of mud.”

In June 2011, three women driving a rented Mercedes SUV near Seattle and drove the vehicle off a large boat launch. Despite realizing they were on a boat launch they just kept driving and even sped up before they ended up in the Mercer Slough.

Mercer Island divers were called in to recover the Mercedes. One of the rescuers on the scene of the accident proclaimed, “I don’t know why they wouldn’t question driving into a puddle that doesn’t seem to end…”

Woman Sues Google Maps When She Runs Into Traffic… Literally

Lauren Rosenberg sued Google after an incident in January 2009. The inept driver consulted Google Maps about the west walking route to her destination in Park City, Utah, and the mapping program directed her to a busy four-land highway. Instead of doing what any sane person would do and reroute, she decided to walk off the curb and right into oncoming traffic.

She was hospitalized and filed a $100,000 lawsuit against Google Maps and the driver who hit her. A judge dismissed the case and said Google Maps had a strong disclaimer that warned of such mishaps. 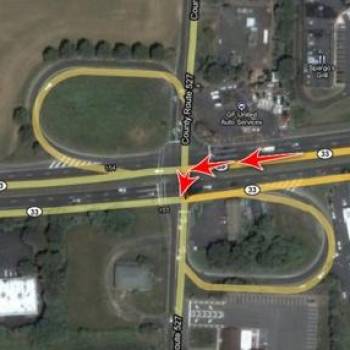 As a New Yorker I highly advise driving when New Jersey drivers are on the roadways. You should especially avoid them if they are using GPS>

A 17-year-old Marlboro Township driver screwed up big time in May of 2010 when he made an illegal left turn on Route 33.

According to the driver his GPS “told him to turn left.”

The teen was asked if he would listen if his GPS told him to jump off a bridge, the teen asked, “How high?”

UK Woman Follows GPS And Ends Up In A River 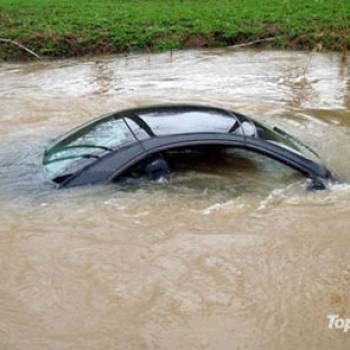 In March 2007, a 28-year-old woman following her navigation system’s advice ignored a number of warning signs telling her not to drive down a certain road. Despite those warnings she apparently decided her Mercedes SL500 could handle anything thrown its way. She ended up in the River Sence in Leicestershire, UK, which carried her car several hundred feet downstream.

The driver was rescued by someone who witnessed the accident but her car, which costs more than many people’s homes, was submerged underwater for a full week.

Bus Driver Follows GPS And Gets Stuck Under A Bridge 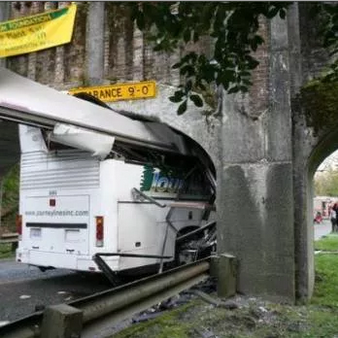 Even if you are using GPS, you have to understand that it can’t determine how tall or wide your vehicle is. In April 2008, a bus driver responsible for a high school girls softball team ignored the basic laws of math and common sense when he lodge his school bus under a bridge at the Washington Park Arboretum.

The 12-foot tall bus attempted to cross under a 9-foot tall bridge. There were signs, there were flashing light warnings, but none of that matter because the bus driver had GPS.

The roof of the bus was sheared off, and several students were treated for minor injuries.

The president of the charter bus defended the driver and blamed the GPS: “We just thought it would be a safe route, because why else would they have a selection for a bus?”

Trucker Follows GPS Directions And Winds Up in Tree 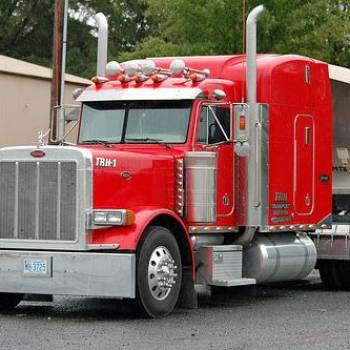 In July of 2007, a German driver listened to his GPS while driving a delivery truck through the Lucerne area of Switzerland, the driver wasn’t paying attempt to their surroundings and missed several “No Entry” signs. The driver drove down a pedestrian walkway and plowed into a cherry tree.

The truck became wedged in the tree. When the truck driver tried to back out he snapped several lamp posts and caused even more tree destruction.

German Driver Listens To GPS And Drives Into Sand Pile 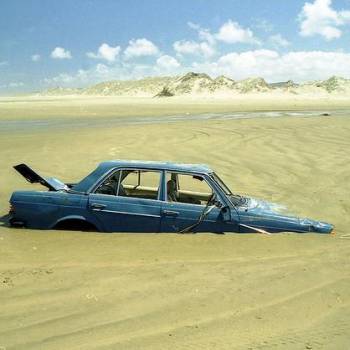 It’s not all about lakes, one driver in Germany ended up in a huge sand pile after paying attention to his GPS and ignored the “closed for construction” signs that were all around him. The 80-year-old motorist was so sure his GPS was correct that he kept driving until he was stuck on top of a massive sand pile.