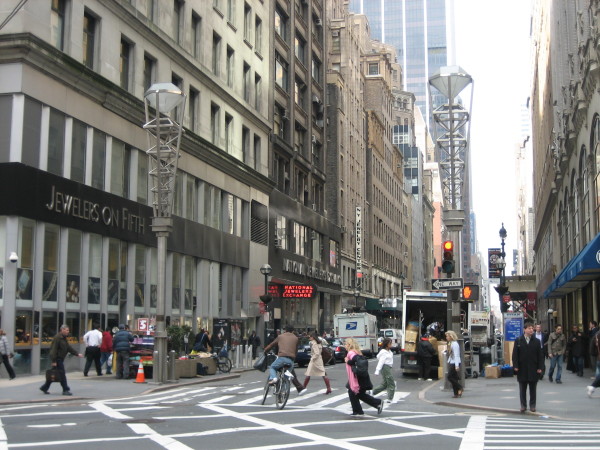 U.S. consumer confidence rose in January to its highest point in three months, according to a new measure by the Conference Board.

The Consumer Confidence index increased to 98.1, higher than expected and almost two points above December’s number.

“Consumers’ assessment of current conditions held steady, while their expectations for the next six months improved moderately” said Lynn Franco, the Conference Board’s director of economic indicators. “For now, consumers do not foresee the volatility in financial markets as having a negative impact on the economy.”

This survey, conducted by Nielsen, is separate from the University of Michigan’s measure of consumer sentiment. But Michigan’s also saw a slight increase in January.

Consumer expectations also rose slightly to a three-month high, up to 85.9 from December’s 83. Americans seem to be less downbeat about their economic future than recent stock turbulence may imply.

That could be due to a job market that continues to strengthen, albeit slowly, as well as ever-lower oil prices driving down energy costs. In another three-month high, 13.2 percent of survey respondents said they believed the number of open jobs would increase over the next six months. Just over 18 percent thought they’d see a boost in their incomes over the same time frame.

While stocks have been on the downswing, there has been plenty of other good news for American consumers in recent months. Employers added an average 284,000 jobs a month in the last quarter of 2015 while the unemployment rate is still a low 5 percent.