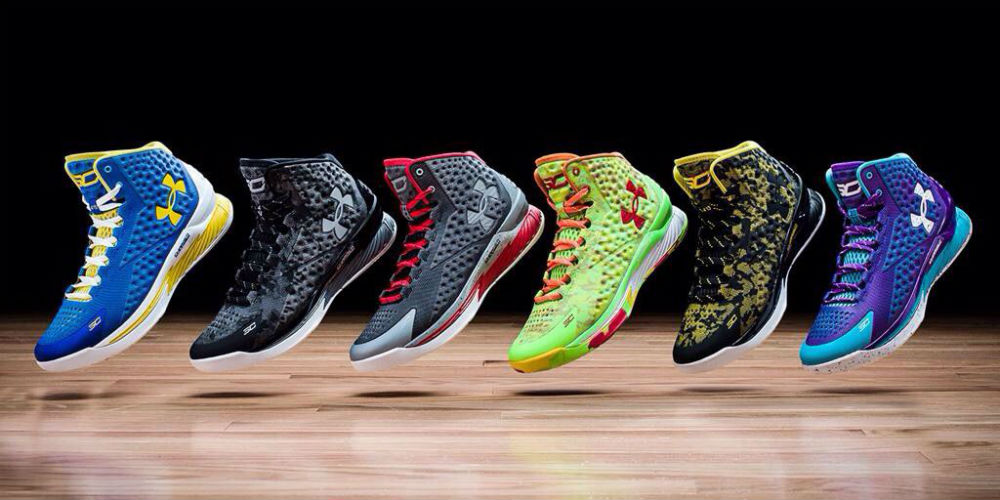 Under Armour shares are up nearly 8% on Thursday after the company revealed the huge success of Stephen Curry basketball shoes.

The athletic apparel company reported a double-digit rise in revenues and profits during its first quarter, driven by huge growth in its shoe business. 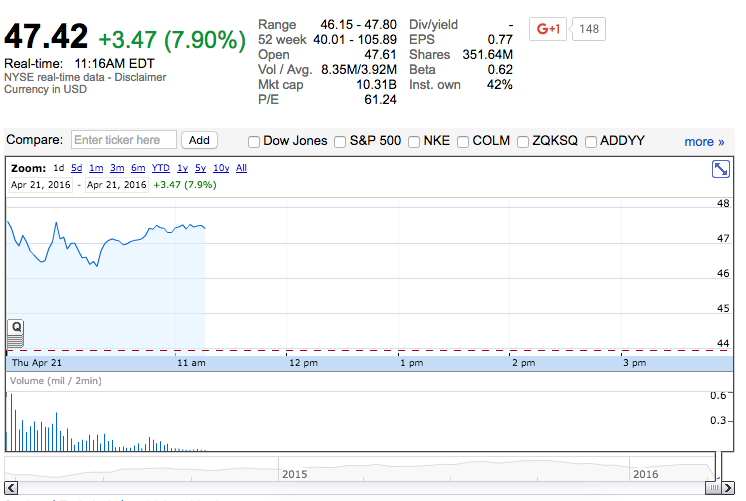 Revenue at Under Armour has jumped 30% to $1.05 billion on analyst expectations of $1.02 billion.

Shoe sales surged 64% to $264 million during the quarter.

The company says the “remarkable success” of the Stephen Curry line and a new line of golf shoes inspired by Jordan Spieth, helped fuel the company’s massive shoe growth.

Apparel sales also jumped 20% to $667 million, led by the popularity of training and golf clothes.

Accessory sales jumped by 26% to $80 million as consumers bought hats, headbands and bags from the apparel company.

Under Armour has pushed its full-year revenue outlook to $5 billion, up from $4.95 billion previously.