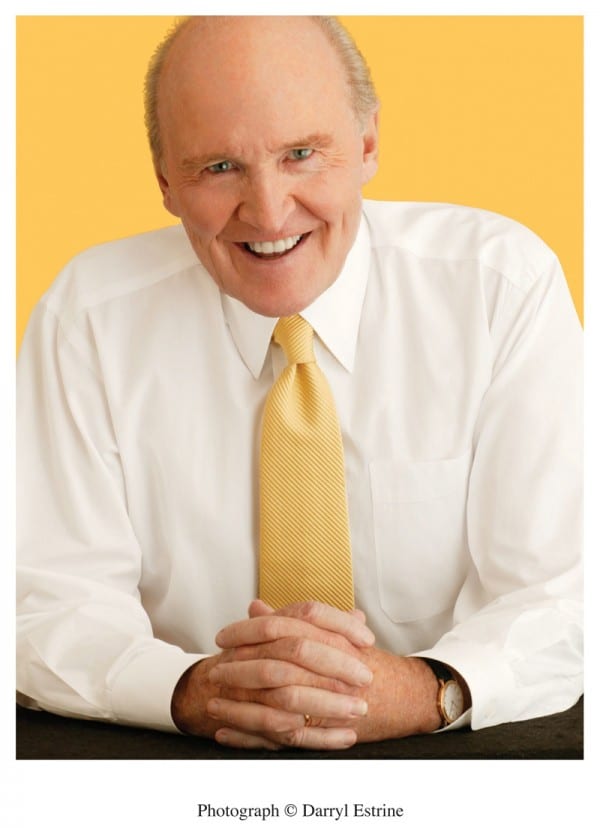 (Michael) Clifford (Chancellor’s leading investor) and Mr. Welch say they want Chancellor’s MBA program to be high quality and have met with several Ivy League professors, but declined to disclose names. Noel Tichy, a professor at the University of Michigan’s Ross School of Business and former head of GE’s Crotonville executive training program, will be the dean of the Welch Institute starting in July.

Mr. Welch says the MBA program will integrate his philosophy of leadership and human resources into a 12-course curriculum designed for mid-career workers. He doesn’t initially plan to teach any courses, but will record a weekly video for students. In addition to the MBA, Chancellor also plans to offer bachelor’s degrees and a master of management program.

MBA applicants will need an undergraduate grade-point average of at least 2.8, and won’t be required to submit Graduate Management Admissions Test scores, the test widely used by graduate business schools to help select students. An undergraduate degree will cost about $40,000 and an MBA will cost about $21,600, not including fees, says Mr. Clifford.

Glader reports that Clifford has a history of launching online education initiatives. He is behind Grand Canyon University, Ashford University, and University of the Rockies, which all feature online degree programs. He’s also no publicity wallflower, having worked in broadcasting/telecommunications with evangelical Christians like Jerry Fallwell in the past, according to Glader.

Welch was reportedly inspired by the success of online giant Phoenix University. He and other Chancellor investors are pouring $16 million into rebranding and expanding Chancellor, writes Glader.

Welch needs to rebrand his own statements. He “thinks” it’s a real education? That’s not a very strong endorsement for a program rooted in a questionable industry. Online education doesn’t have much of a reputation for quality. Welch isn’t helping anything by slapping his name on a program that only requires a 2.8 GPA and no standardized admissions tests.

Welch, however, could be betting on Chancellor’s long-term success. He is recruiting Ivy League professors to help with the project. If the Welch name and eminent professors attract enough students, Chancellor will have to start being more selective. By upping its admission standards, it will gain prestige. If Chancellor gains prestige, and students flock to it, Welch will be in an advantageous position when the online education market starts maturing.

Some WSJ commenters claimed that Welch’s main motivation is simply to leave a legacy. I’m inclined to agree.