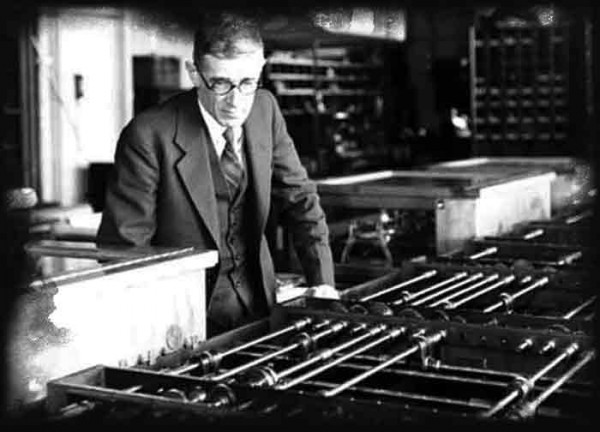 American engineer, scientist and developer of the first electronic analogue computer Vannevar Bush is perhaps best remembered as the author of the revolutionary essay “As We May Think.”

Published in 1945, it envisaged much of the technology we take for granted today, including personal computers, the Internet, hypertext, online encyclopedias, and speech recognition software.

In 1939, Bush — a Worshipful Master in Massachusetts’s Richard C. Maclaurin Lodge — was appointed president of the Carnegie Institution of Washington; as such he assumed considerable influence with the US Government in military and scientific research.

Bush was involved in the development and proposed use of the atomic bomb. And, as the alleged head of the “Majestic 12” — the purported code name of a secret committee of scientists, leaders and officials formed by President Harry Truman.

Bush is rumored to have investigated UFO activity in the wake of the Roswell incident, the supposed crash of an alien aircraft in New Mexico in 1947.

The secrets his fellow Lodge members may have heard are almost too immense to contemplate.