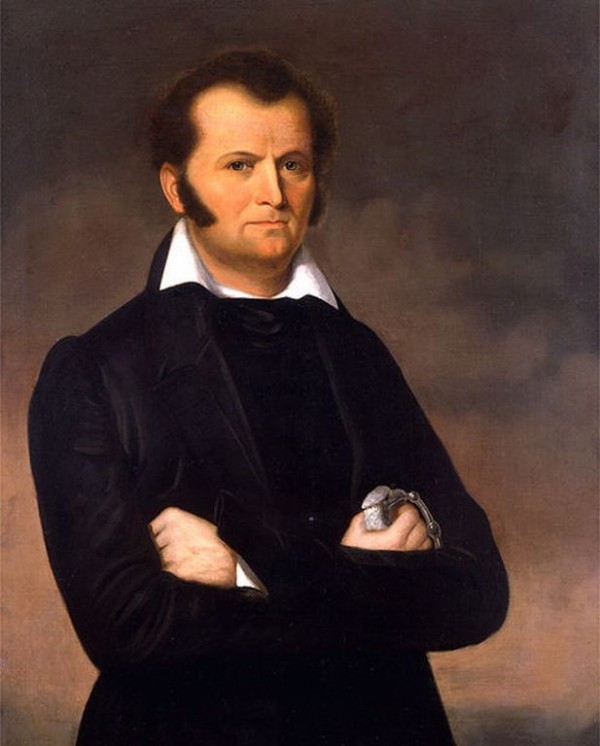 James “Jim” Bowie, legendary frontiersman, pioneer, battle hero and reputed joint designer of the Bowie knife (with a little help from his brother, Rezin), is something of a folk hero in American cultural history.

Bowie’s fame was born of violent circumstances. Having been shot and stabbed in the famous brawl known as the Sandbar Fight, Bowie killed the sheriff of Rapides Parish, Norris Wright, with an unusually long knife.

It’s said that this became the basis for the design of the now-famous hunting knife. While many different manufacturers have produced their own versions of the blade, Bowie can lay claim to being the original inspiration for the design.

Among his many other roles — including a slave trader and land speculator — Bowie was an esteemed member of L’Humble Chaumiere Lodge No. 19 at Opelousas, Louisiana.

Yet just as his life appeared to be at its most settled and comfortable, his wife and children were killed in a cholera outbreak.

He then fought and died alongside fellow national icons Davy Crockett and William Travis at the Battle of the Alamo in 1836.