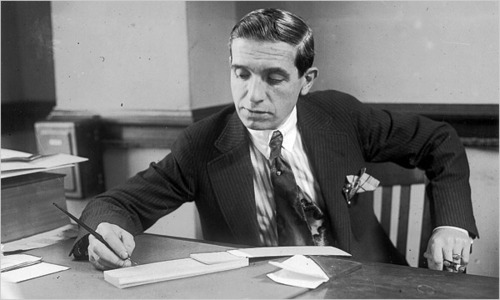 Charles Ponzi, aka the Babe Ruth of white collar crime, was an inventor of insidious ways to screw people over. Actually, even his Ponzi scheme was most likely stolen from William F. Miller, a Brooklyn bookkeeper who used the same scheme to make $1 million. Essentially, in the 1920’s Ponzi would get large investments, purportedly used to buy mass amounts of discounted postage coupons (why would this ever be profitable?). Then Ponzi would pay his oldest investors with money from his newer investors. The money invested in Ponzi would be enough to cover 160 million postage coupons, but only 27,000 were actually in circulation. Ponzi’s investors lost $20 million in 1920 dollars ($225 million in 2011). Far in the future, Bernie Madoff would use the same scheme to lose 40 times as much. Ponzi spent the rest of his life in jail, running, imprisonment and exile. He died in poverty in 1949. Kids, it just doesn’t pay to commit white collar crime — especially when you re-use a scheme that’s almost as old as our financial system itself.