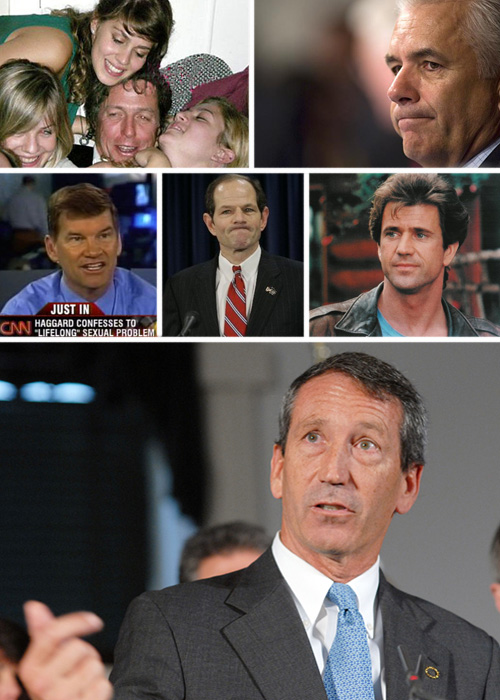 We the people of the United States of America are a very fickle people. We like to worship our celebrities. But we also like to tear down those celebrities and harshly judge them when they mess up. We also like to forgive them… if they deserve to be forgiven. In this way we create Gods out of men and then enslave those Gods for our own entertainment and use.

The ethics of this strange societal obsession aside, when celebrities screw up and risk losing the affection the American public, they freak out. And instead of apologizing to whoever they hurt/lied to/cheated on, they apologize to us. 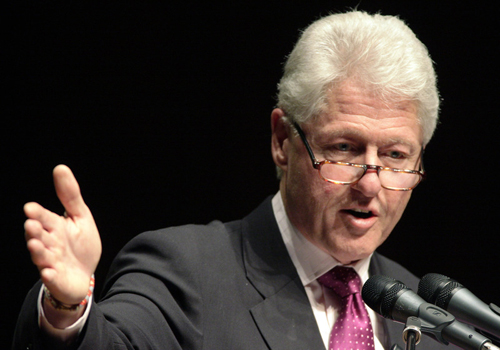 Few who lived through it will ever forget the excitement of the Monica Lewinsky affair. The constantly surfacing details about rock star President Bill Clinton and bodacious office skank Monica Lewinsky dominated the airwaves and imaginations of the nineties. Most moving of all, of course, is the memory of Clinton’s forced sounding and highly stupid public apology for his personal life.

Yes, it wasn’t exactly about his personal life seeing as he brought it into the public sphere when lying obscuring the truth under oath. But still, can’t we cut the man some slack? He’s the Leader of the Free World for crying out loud. Apologizing for getting some face time with the White House interns is just plain undignified. 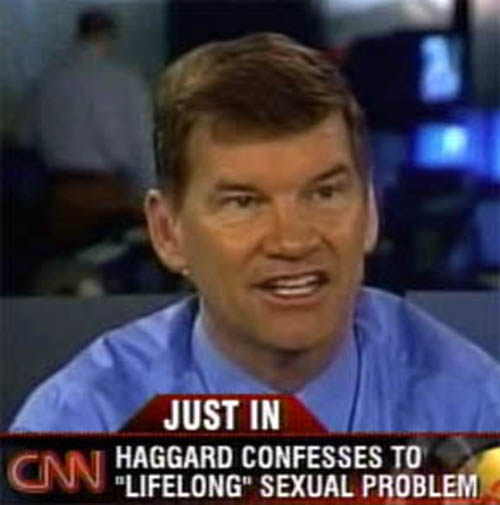 Sometimes the simple truth of the daily news is much better than fiction could ever hope to be. Such is the case with the story of Mike Haggard, a perfectly framed media fable about the consequences of hate mongering and deceit.

Haggard was an evangelical preacher in a Colorado mega-church known to his congregation as devoted spiritual leader and family man. He was also a passionate fan of talking about how gay people go to hell. Then, of course, it came out that he had been doing the deed with professional escort boyfriend Mike Jones for over three years! His apology/confession was honest and troubling. Haggard alluded to the part of his personal like that was too “repulsive and dark” to even put words to. His congregation cried with pity and scowled with rage… and then, most likely, went home and called their gay prostitutes. 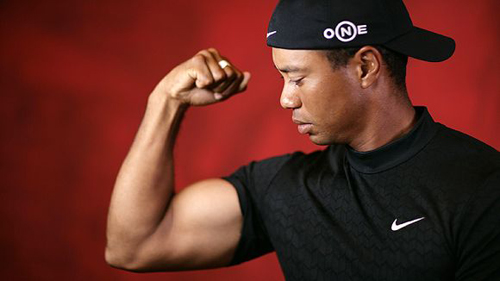 In 2010 the blogosphere exploded with news about Tiger Woods and his multiple affairs. Mistresses popped up from every corner and it seemed that in mere moments golf has suddenly, miraculously, become marginally interesting to the majority of the American public.

When the amount of mistresses breeched the double digits, Tiger Woods did the sensible thing and apologized to us for cheating…on…us? Well, yes, it actually makes a lot of sense. Celebrities are property of the public and thus when they fuck up it’s a personal betrayal to every single fat-ass with a tv and a couch in the United States. 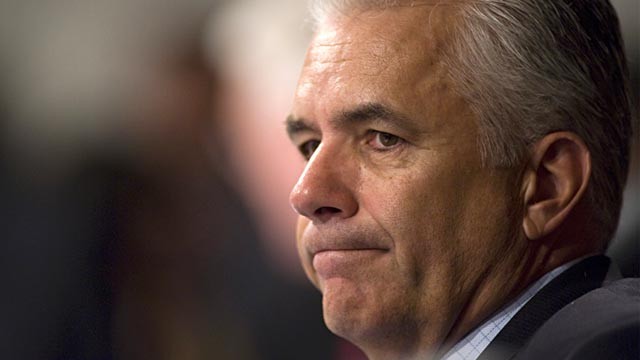 John Ensign and his public apology will not be remembered. There simply won’t be enough room in the history books to record every single philandering senator in this crazy world of ours.

John Ensign cheated on his wife and had to apologize amid flashing cameras and pushy press-members about how he had ruined the lives of his wife Darlene and his children. But the question remains, why do we care? Clearly extramarital affair is somehow intrinsic to the job description of senators. Perhaps it’s vital to their performance!

Why anyone would want to succeed in athletics is beyond me. Isn’t the whole point of success to imagine having a comfy, lazy life of hedonistic pleasure, money, and sex? Isn’t that while people become actors and singers? But sportsmen only have to work, work, work and work. And while it pays off for Michael Phelps in both money and muscle tone, I bet he’d like to relax.

But when you’re famous you aren’t allowed to relax. Phelps was busted for hitting a bong in 2009. Michael Phelps was revealed not to be the only human being in America who hasn’t smoked pot to the feigned surprise of annoying people everywhere. After training every single day for his entire life to be a swimmer, Phelps then had to apologize to a bunch of strangers for something he did one night at a party.

When Michael Richards screamed the N-word at his audience during a stand-up comedy routine, we all knew that we needed an apology. No, he screamed at every person in America personally, but we all felt hurt. The pain of seeing our beloved Kramer revealed as an angry, neurotic, insecure racist was something an already fragile America did not need.

So we awaited his apology and it came and we wanted so very badly to believe him. But the change in his appearance and in our perception had already been affected. He was no longer Jerry’s kooky neighbor. He was an old racist man who reminds us of our grandfathers. Done. 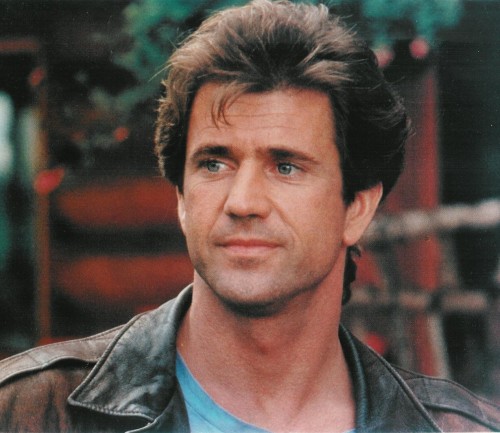 Mel Gibson laid down the gauntlet. After the drunk driving arrest, the anti-semtic rant, that crazy Christian movie, and all his other bull, people will not be changing their minds about the “What Women Want” star. People either hate him, or they are like minded neo-Nazis who love him.

So it didn’t matter that his public talk-show apology was such a lame rant. He laughed like ranting about Jews is just one of those things and he went off on a rather bizarre tangent about trying to murder his toaster, but who cares? He could have gotten it all right and we still would hate him… or else be like-minded Nazis who love him. 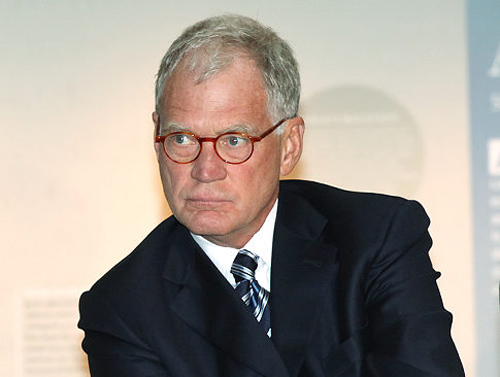 Letterman came out to say that he had had extra-marital affairs with female employees of his show. First off, it was very bizarre to hear Letterman speak so openly about his actual sexual history (line cross!) but lovely how he remained contrite, honest, humorous, and level-headed (acknowledging that this isn’t anything more than “something stupid he’s gotten himself into) all at once.

Letterman’s apology is a shining example for all celebrity philanderers, drug users, and general douche bags. He comes off in the end as a hero and a champion for the cause of standing up to extortion, blackmailing, and media pressure. Bravo!

The American People love Alec Baldwin for his low, raspy voice which is why we were absolutely shocked to discover that it could be put to so much evil. A leaked phone message he left for his 11 year old daughter revealed Alec to be a rather sharp-tongued father, calling his daughter a rude pig and a whole lot of other disturbing insults.

While that’s definitely not cool, it’s hard to say just what makes it anyone’s business and we might wonder why he has to apologize to anyone other than his ex-wife and eleven-year old daughter. Worst of all, he apologized on “The View” as if to imply that nothing he is saying can be taken seriously by anyone… like the rest of the content on “The View.”

America gasped to see the charmingly bewildered British “Nine Months” star get busted with prostitute Divine Brown. After all, who needs a prostitute when they’ve got Elizabeth Hurley at home? It’s hard to imagine that that woman was ever not in the mood.

But still, Hurley became the center of media obsession and had to issue a generic, cheaply made apology to all of us. He reclaimed his power in 2010 when he turned the tables on the media and shed light on the growing issue of tabloid phone tapping. 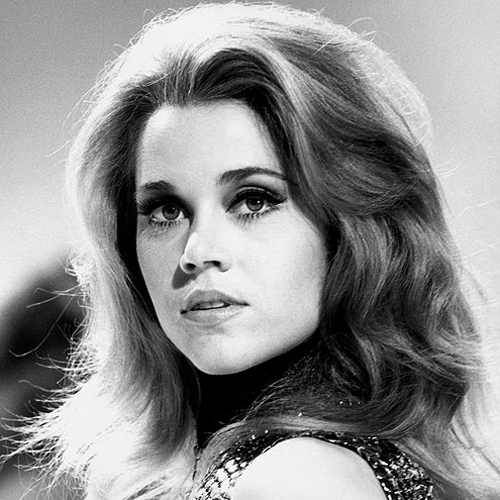 Jane Fonda will surely go down in history alongside such luminaries as Sharon Stone and Bono as one of the most annoyingly ignorant political minds of her time.

In 1972 Fonda incurred great criticism after a ’72 trip to Viet Nam when she betrayed the United States by siding with the Vietnamese army, calling the U.S. POWs war criminals, and being photographed NVA anti-aircraft.

She offered a hurried apology but while it can’t be called insincere, it remains to be shown whether or not Fonda even understands why everyone got mad in the first place. 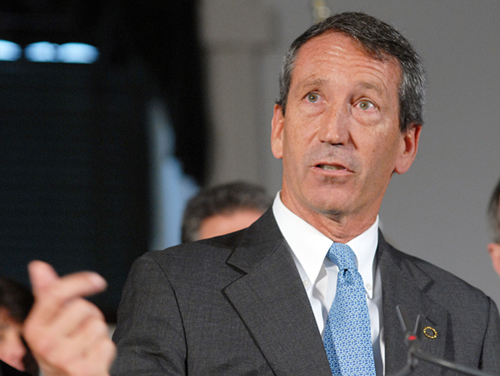 In 2009 United States Governor Mark Sanford resigned after it was revealed that he had been having a long-term extramarital affair with an old friend who lived in Argentina.

Why a person should actually have to resign for this is unclear, but it’s clear that it’s yet another example of the United States’ hypocritical, schizophrenic attitudes about sex and marriage.

Mark Sanford apologized to the public and came off as a very intelligent and well worded man. It’s important to not sound too contrite. It comes off as phony. Sanford hits the perfect balance, admitting fault but putting the culture of politics on trial to a certain degree. 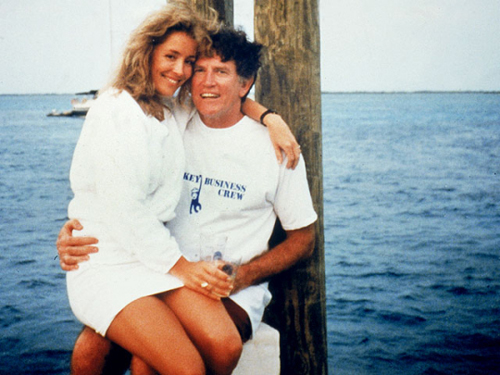 In 1988 a man named Gary Hart was nearly president of the United States, until it was revealed that he was involved in an extramarital affair with a woman named Donna Rice. This, quite naturally, was the moment where politicians learned to not have affairs until they were already safe and sound inside the walls of the Oval Office.

Hart apologized on Nightline after resigning as Senator. Like other politicians would after him, Hart did call the integrity of the press into question, but then reiterated that the blame is all his. But looking at the fun pictures of Hart and Rice on yachts together, it’s hard to imagine that he has many regrets. 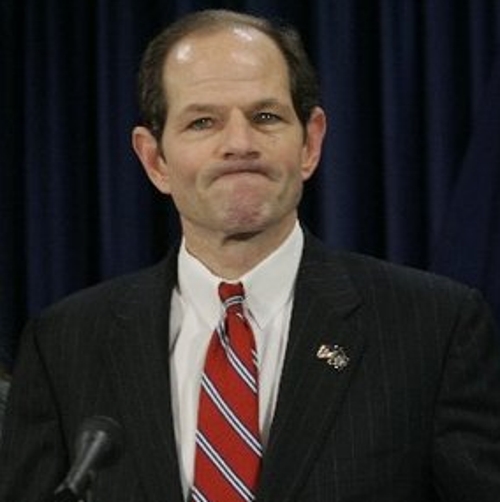 Eliot Spitzer was a politician. By extension of this statement we can guess a few things. One, he was dishonest. And two, he slept around a lot. This is what we know about politicians, isn’t it? And yet, we love to act surprised.

On March 10 2008, New York Governor Eliot Spitzer was discovered to be a frequent patron of high-class prostitutes, particularly one young woman called Ashley Alexandra Dupre, who charged $1,000 an hour, which leads us to believe that being a prostitute is a better financial option than being a governor, and with the comfort of a contract with no clause against immoral sexual behavior.

Spitzer was forced to resign after issuing an apology, which is tragic as he was an early champion of same-sex marriage in New York and immigrant rights.