There’s hardly a faster way to turn a family dinner sour than by bringing up single-payer health care (“single payer”). Often known as universal health care, single payer has been an extremely polarizing topic for decades. Some of the basics of the debate include the fact that single payer is a method for organizing health care financing through the government. Single payer is primarily financed through taxes and pays the costs of essential health care for all residents of the state.

The issue of whether or not the United States should adopt a single payer health care system has been at the forefront of national elections for decades. Common throughout the rest of the industrialized world, opponents of single payer often cite the differing needs, the role of America, and preferences of the American people as rationale against single payer. Add to that the fact that a majority of Americans are happy with their health care. Not to mention America’s current multi-payer health care system is the center of the world’s most cutting edge biomedical research. For many reasons, single payer is far short of a clear conclusion.

With that said, the United States is the only very highly developed nation without universal health care. That’s over 50 countries of diverse size, values, economic stature, and cultures. And many of these nations have implemented single payer successfully.  Add to that that many health outcomes in America aren’t getting better, and that Americans spend by far the most money on health care of any nation in the world. For many, the rationale for drastically changing our healthcare system is strong. With solid arguments on either side, we leave it to you to decide.  Is single payer health care really the right move for American health care? 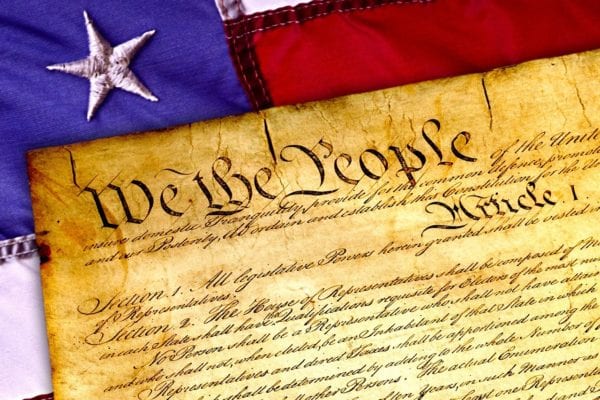 The argument that health care is an inalienable right -- not a privilege -- has been argued by a diverse range of prominent thinkers. Click To Tweet From Barack Obama, to Pope Francis, to the American Medical Student Association, to the United Methodist Church, a range of related arguments on this point may be found here. Some key points include the fact that the Preamble to the United States Constitution and Article One, Section 8 of the U.S. Constitution both describe an originating purpose of our United States: to promote general welfare. Somewhat more distantly, the “life, liberty, and pursuit of happiness” of the Declaration of Independence is a strong argument for the right to health care based on our founding principles. 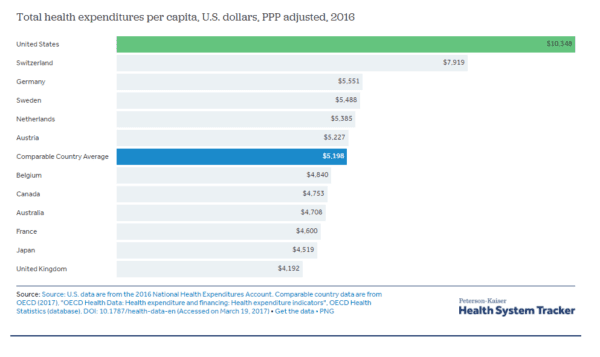 Large government payers have a well documented history of negotiating more favorable terms with service providers.Click To Tweet This has been seen to be the case in almost all comparable wealthy nations that have adopted single payer health care systems. In 2016 the average American’s health care costs were over $10,000. The average healthcare costs in comparable countries utilizing single payer comes to just over $5,000. 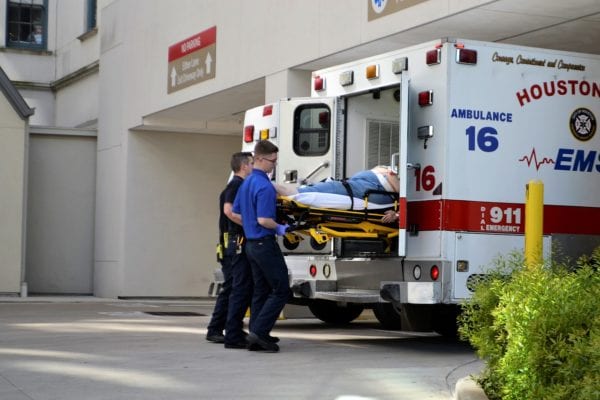 The fact that Americans spend more on health care does not mean we have better health outcomes. Click To Tweet Health care spending per person have doubled in America since 2000, while life expectancy has gone up by 2 years. Comparable single payer nations over the same period have gained over 5 years of life expectancy with a much lower acceleration of health care costs. In fact, life expectancy in the United States is only slightly better than in 1970, even with an exponential increase in spending. Check out this interactive chart comparing life expectancy to health care costs in industrialized nations. 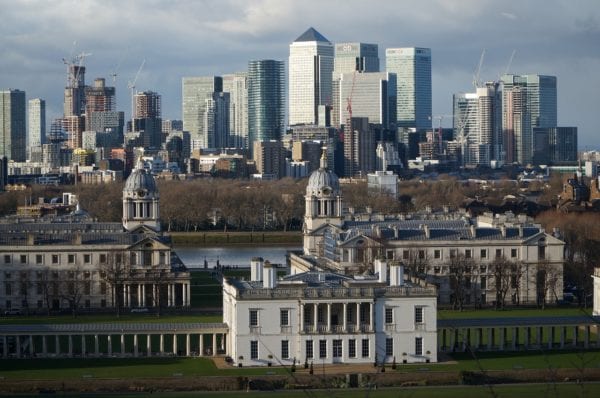 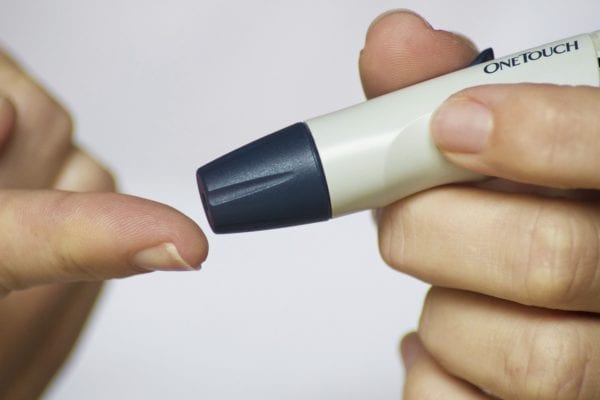 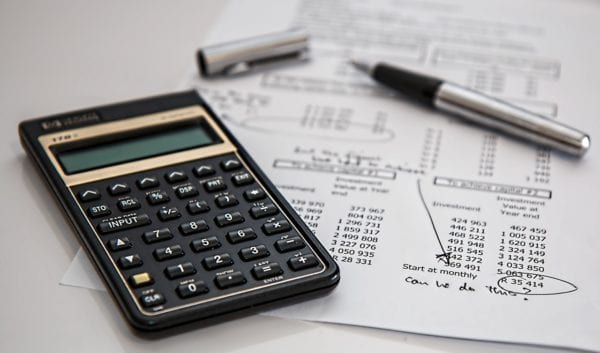 Lowered health care costs from single payer would offset higher taxes. Click To Tweet While this argument would likely prove to be more true with a larger American sample size, one can see this offset through Vermont’s once proposed single payer system. In this case, Vermont needed to roughly double their tax intake to cover almost all medical expenses in the state. For average American earners, doubling taxes to cover health care would save money.  With your average family paying $10,498 in taxes and an average of $10,348 per person in health care expenses, an average family of two may well save over $10,000 a year. 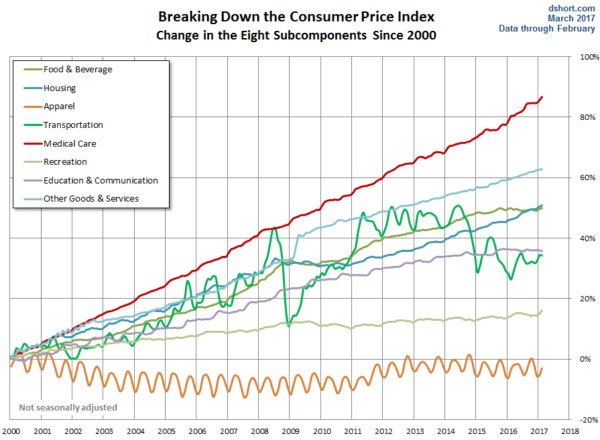 Our current system has inflated health expenses inordinately. Click To Tweet While many consumer goods have fallen to become smaller portions of our expenses over time, higher education and health care have become expensive at much faster rates than inflation. While some may argue that health outcomes have improved with more spending, consider this: the same hospital stay costs an average of $13,000 more in the United States than in Spain. For a look at some of the most outrageous stats on health expenses, check out this report. 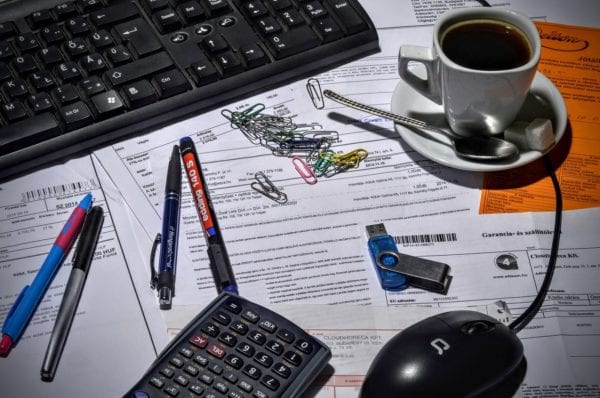 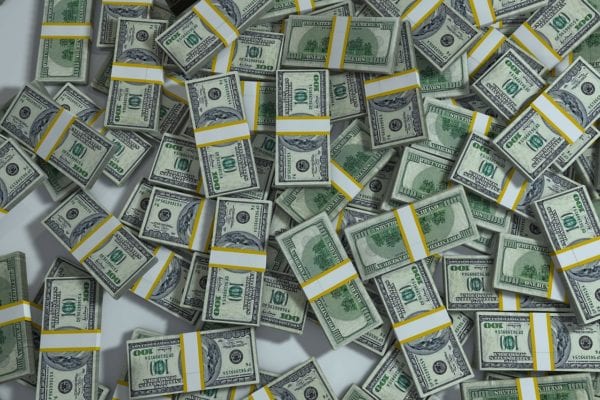 Corporations would save money under single payer. Click To Tweet Instead of paying premiums per each customer, corporate employers would pay a proportionately smaller amount in additional taxes to fund universal health care. Check out this Harvard Politics Review article for an outline of how single payer health care would actually lower explicit costs to U.S. corporations. 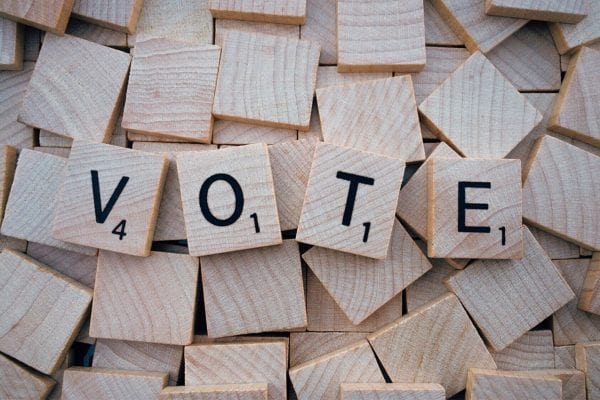 A majority of U.S. physicians support a single payer health care system.Click To Tweet That’s right, doctors who make their money through the current system still think a single payer system is the way to go. In fact, a greater percentage of U.S. physicians (59%) than citizens (51%) as a whole agree with single payer. Check out this study in the Annals of Internal Medicine for a more detailed look at the study. 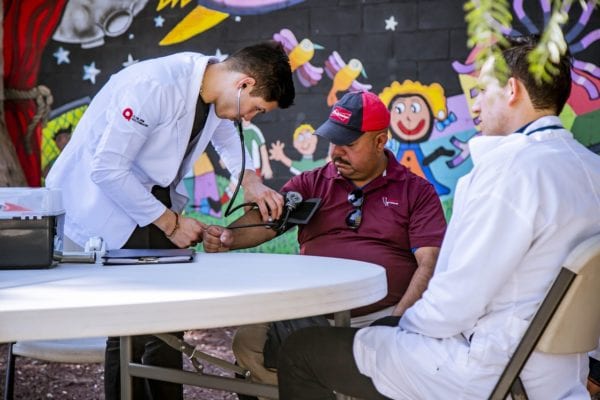 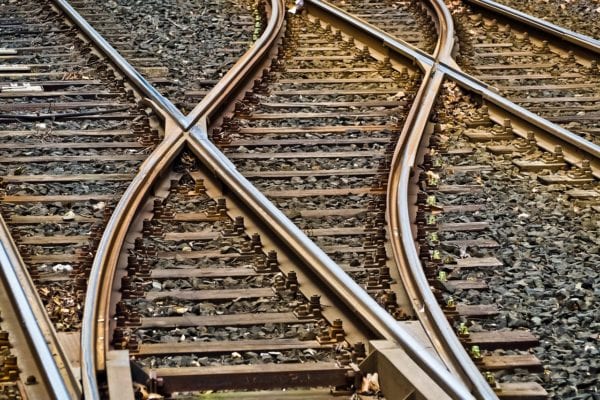 Many nations heralded as successful single payer systems aren’t truly single payer systems.Click To Tweet In other words, it’s more complicated than it seems. Canada has a single payer system with private health care providers. The United Kingdom has nationalized hospitals with private insurers. Taiwan has a premium-based system. Germany has statutory health insurance, but many citizens utilize private health insurance. The argument here is that the picture in many nations that are often called single payer is more complicated than often made out to be. For a run down of some of the nuances of these nations’ health care systems check out this article. 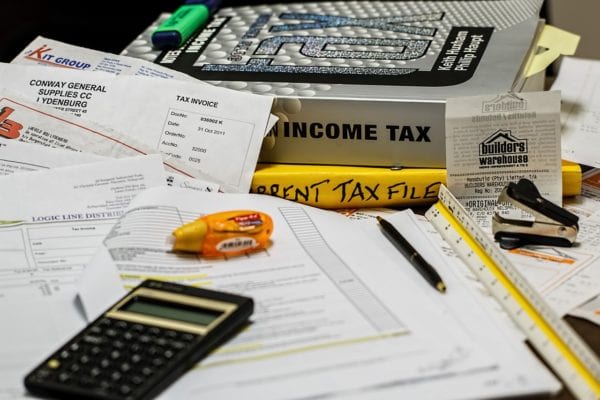 A single payer health care system wouldn’t just raise taxes, it might double them.Click To Tweet  Several states have tried to implement single payer plans, none of which have come to fruition once budget negotiation has begun. As was the case in Vermont’s case, most found that tax revenue (from all sources) would roughly have to double to account for health care costs. While there are other nations that have not had to raise taxes by an extreme amount, health care costs were not nearly as high originally. 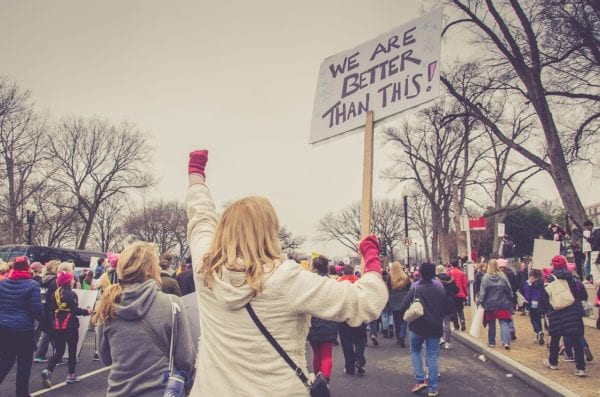 The same party administering treatment and payment for health care can erode rights.Click To Tweet This is particularly true when locations of health care are nationalized and there is a single payer system, like in the United Kingdom. Whereas a party separate to the location of care provides oversight in a public/private relationship, a fully public system has less checks and balances. In this case in the U.K., a young boy was removed from life support against the will of his parents. Even with a hospital in Italy willing to transport and admit the young boy, a U.K. high court denied his appeal and ability to leave the nation. 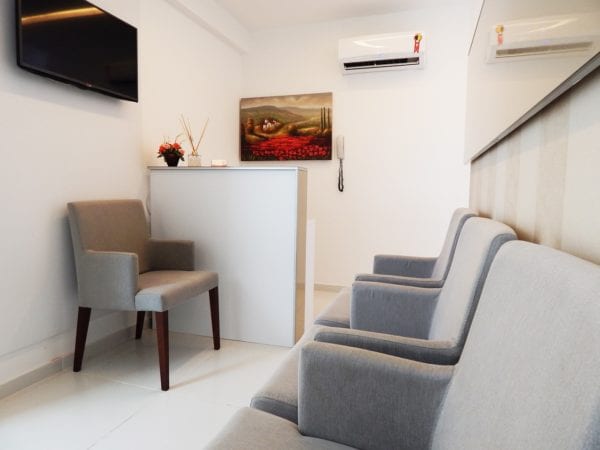 Longer wait times are a part of specialized care for many single payer health care systems. Click To Tweet Canada has not only acknowledged that wait times are longer than in America, but recently spent $1 billion investigating the issue. In the United Kingdom you are guaranteed a maximum wait time of 18 weeks for specialized care. Though there are not many options for recourse if you don’t get your appointment. After waiting 28 days official guidelines recommend one complain to their local CCG about wait times.

Single payer hasn’t worked in smaller roll outs in the United States.Click To Tweet  A number of states and localities have tried to roll out either “Medicaid buy-in” or “state single payer” systems. Thus far, all states pursuing “state single payer” have been postponed or disbanded due to drastic tax increases as well as legislative gridblock. While a national system might be able to streamline costs and enhance bargaining power, the same hurdles would likely exist in getting the program off the ground. 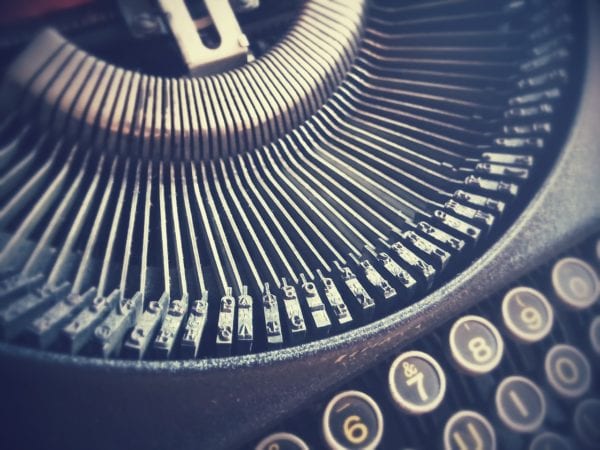 Moving from private to public administrative costs won’t lower inefficiencies and waste. Click To Tweet Let’s face it, large government initiatives are almost synonymous with waste. An extreme example can be seen in this report detailing the percentage of crazily high Pentagon spending that goes to administrative overhead. Currently almost one quarter of costs at the Pentagon are administrative. For context, the Pentagon has almost one administrative worker for each of the 1.3 million active duty troops. 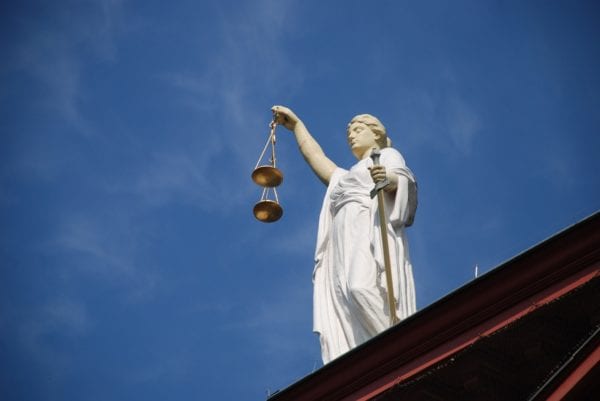 Price control laws are a better option than single payer.Click To Tweet An estimated $50 Billion a year goes into “defensive medicine” due to allowable lawsuits and malpractice awards. This is one of the largest culprits behind bloated medical costs through covering malpractice insurance costs and the ordering of overly cautious — though unnecessary — medical testing and procedures. Lowering costs raises availability of health care, one of the major reasons touted for adopting single payer. 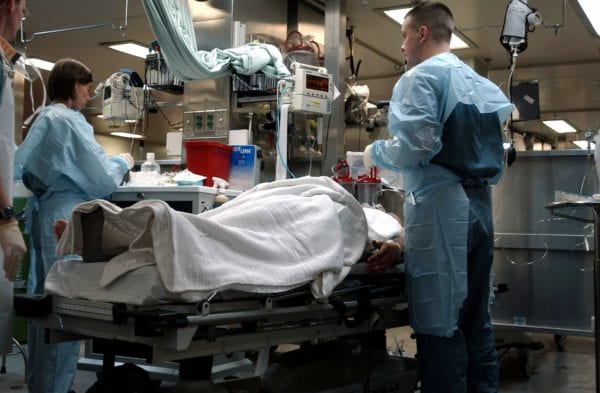 Providing health care doesn’t lower trips to the emergency room or intensive care unit. Click To Tweet Some of the most expensive, common locations to receive care include emergency rooms and ICU’s. A myth long expounded is that the uninsured visit the emergency room for care more. In the event this were true, access to insurance would lower emergency room trips. A number of recent studies, however, have found that in fact the insured are likelier to visit emergency rooms. Thus this aspect of health care cost lowering often attributed to single payer systems cannot be said to be entirely true. 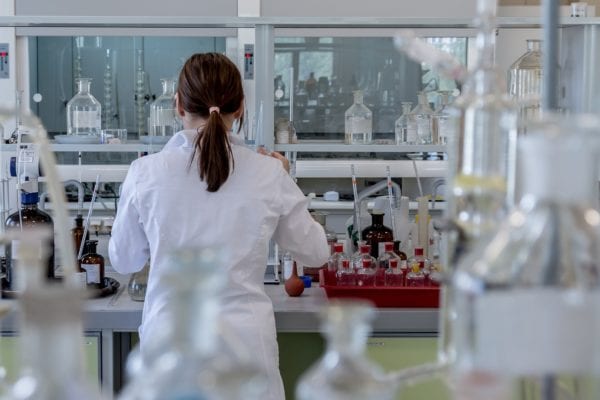 Current American health care pricing structures support most of the world’s biomedical research. Click To Tweet While scientific research in many fields is largely funded by governmental entities, 75% of pharmaceutical research is funded privately. As many commentators have noted, the profit incentives for successful research have led to America being by far the most prominent innovator in health care world wide.
Share
Tweet
Share