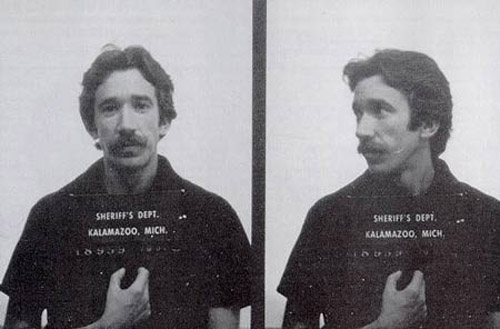 Yes, really. Before becoming famous for the quirky show Home Improvement, Tim Allen Dick (his real name) was an avid lover of cocaine. That’s not to say he gave up the stuff once on the show — just that he stopped getting caught. In 1978, Allen was caught trying to board a plane with over a pound of cocaine. Instead of taking the mandatory life sentence, Allen Dick ratted out 21 accomplices and got off with only five years prison time.

As most people would, Allen dropped the ‘Dick’ from the end of his name and began doing standup on a dare. When the crowd loved his ‘lovable loser with tools’ persona, he developed it into what would eventually become Home Improvement.

Although he became very successful, Allen didn’t leave his Dickish ways behind him. In 1997, Allen drunkenly crashed his car into a 72-year-old man… and then sued the guy for “damaging his well-known and well-respected name.” Allen dropped the lawsuit after learning the man had brain cancer. He actually went on to call this a humanitarian gesture.

Ironically, Allen’s dad was killed by a drunk driver. This didn’t stop Allen from getting arrested again on a DUI in 1999 for literally falling over during a sobriety test. So maybe he turned around — and then turned back around.