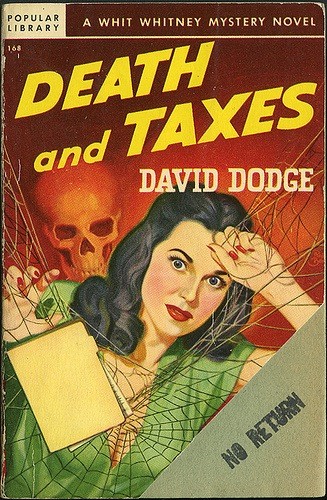 As a former tax accountant, it annoyed me last week to hear all the noise about higher taxes for small businesses. First of all, what is a small business? According to the Small Business Association, it’s “one that is independently owned and operated and which is not dominant in its field of operation”. I read somewhere else it meant less than 500 employees. That’s pretty vague. And how many of those are making the kind of money Obama wants to raise taxes on?

Who’s Making a Quarter Million a Year? Not Me

I can tell you from the 1040 trenches perspective that I saw very few businesses netting over $250,000. (And those who did understood the role of competent tax planning advice in decreasing their tax burden.) In checking the facts of last week’s debates, CNN Money reported that a National Federation of Independent Business found only 14% of respondents said they had $200,000 or more in annual income. (They also make a very good point about lumping Schedule E filers in with small businesses for the sake of this argument.) However, just because you make more, doesn’t mean you’re going to pay more overall. Why? Marginal tax rates.

What is a Marginal Tax Rate?

Even if you buy a business this year and that business ends up with over $250,000 in profit (not revenue mind you), and even if tax rates go up – you’re still not looking at a huge increase.  The way our tax code works is that only the income that falls in the higher bracket is taxed at the higher rate. Let me say that another way because people sometimes have trouble with this.

It always drives me nuts to hear people say ‘I can’t do that – it would bump me into a higher tax bracket’ as if once you cross a line all your income is subject to higher rates. That’s not the way it works.

Let’s keep it all in perspective. We’re in a war and the world economy is going insane. Taxes are going up, no matter who you vote for.