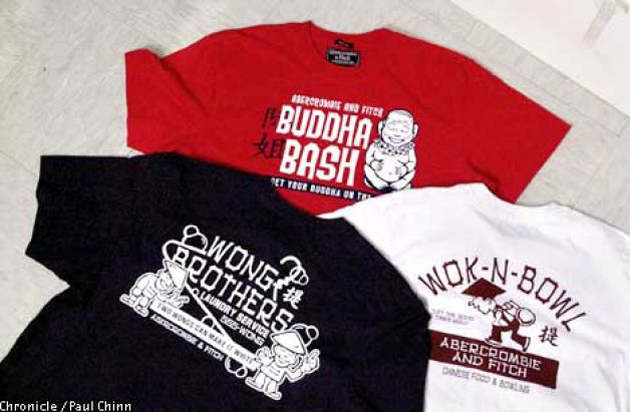 What better way to celebrate Asian-Pacific American Heritage Month than with a bunch of poorly drawn racist caricatures plastered over a new line of offensive t-shirts? In 2002, Abercrombie & Fitch did exactly that, creating a number of racist shirts depicting goofy, bucktoothed Asians in paddy hats advertising stereotypical services like a laundry service bearing the slogan “Two Wongs Can Make it White” and a Pizza Dojo which said “Eat in Or Wok Out.” Not surprisingly, Asian Americans everywhere were outraged and millions of emails were sent out to the company in protest. The racist shirts made news on the San Francisco Chronicle and all the bad PR eventually forced the company to respond, which they did with confusion instead of genuine concern.

Due to the backlash, the shirts were withdrawn from stores nationwide.