Ah, sexual enhancers. If you listened to every spammer who ever sent an unwanted email into your inbox, you’d be drowning in the things. Cock rings, Levitra, herbal supplements…the possibilities are endless.

A select few of these items truly do rake in money for their manufacturers. Thanks to spammers, you are probably already familiar with most of them. We decided to research which sexual enhancers are most profitable.

For the purposes of this article, sexual enhancer is defined as a product that improves the sexual experience. Because statistics in this niche either do not exist or are prohibitively expensive, we researched this article independently. We based the most profitable sexual enhancers on a combination of markup and sales volume. Our evidence comes from surveying sex shops and conducting online research. This list of 10 is the result. 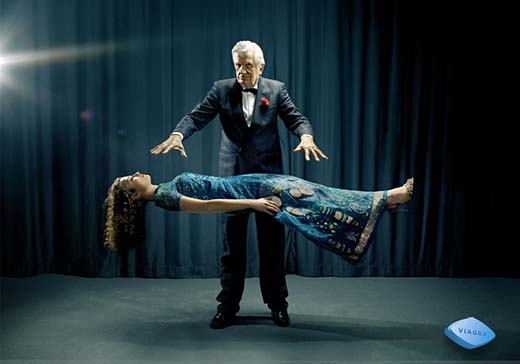 First released in 1998, Pfizer’s Viagra was the first erectile dysfunction drug to hit the market. Researchers unexpectedly discovered the drug’s true benefits while using it on angina patients. It did little for the heart condition, but did have one prominent side effect—erections. So Pfizer changed gears, and the worldwide market rose to the occasion.

Note: Viagra, as well as the other ED drugs mentioned below, are licensed and approved for erectile dysfunction. ED is a medical condition requiring multiple exams, diagnostic studies, and long-term care. However, drug companies have marketed the drug for enhancement purposes, and the market has picked them up as such. We don’t want to encourage pill-popping. Yet we also can’t ignore market forces, so we included these drugs on our list as sexual enhancers. 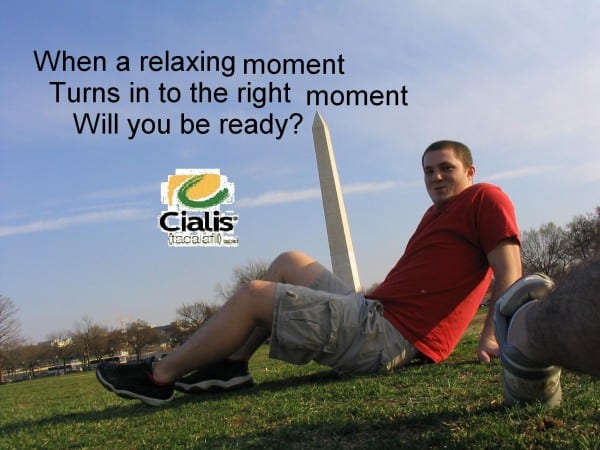 Cialis is like Viagra…on Viagra. Eli Lilly’s little pill, unlike its shorter-lived forebear, lasts up to 36 hours. Its patent also has a longer life, so Lilly will be enjoying the benefits of its “Weekend Pill” for some time to come. 2008 sales amounted to $1.44 billion. 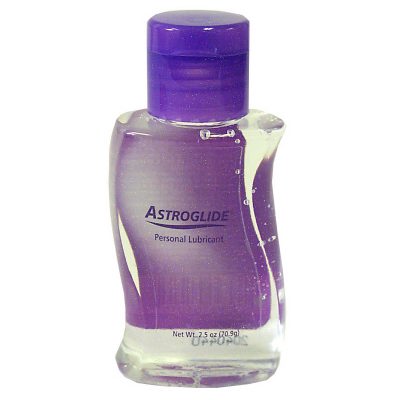 People will pay more than $10/bottle for a bottle of personal lubricant. Apparently, reducing friction during sexual activity is that important. The lube market is so lucrative that manufacturers now develop the product in niches. Warming lube, scented, thick, thin, desensitizing, spermicidal—there’s something for everyone.

Most brands of lube come from humble beginnings. K-Y Jelly started as a surgical lubricant. Astroglide, meanwhile, was the result of a chemistry accident.

Chemist Dan Wray, founder and CEO of Astroglide manufacturer BioFilms, was working on a space shuttle’s cooling at Edwards Airforce Base when he discovered Astroglide.

“I was trying to remove the oil from anhydrous ammonia and I ended up with this substance,” he is quoted as saying in this North County Times article. “I gave a pint of it to a co-worker as a gag gift, and when he came back for a refill, I knew I had a product.” According to the 2008 Durex Sexual Wellbeing Survey, of men have reported trouble sustaining an erection. Enter the cock ring. This circular device, made of silicon, rubber, or other materials, sits at the base of the penis, where it constricts blood flow. As a result, men can hold erections for longer periods of time. With a cock ring, the erect penis can also become larger and harder.

No wonder cock rings fly off sex shop shelves. Our sources say that single-use cock rings, like the one by Trojan (pictured above), are especially popular. Vibrators mounted on top of the cock rings add extra pleasure. They’re disposable, so newbies can experiment without committing to a higher-priced ring. 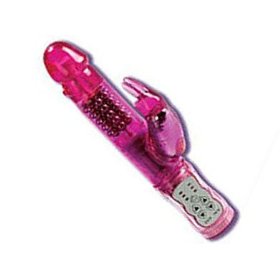 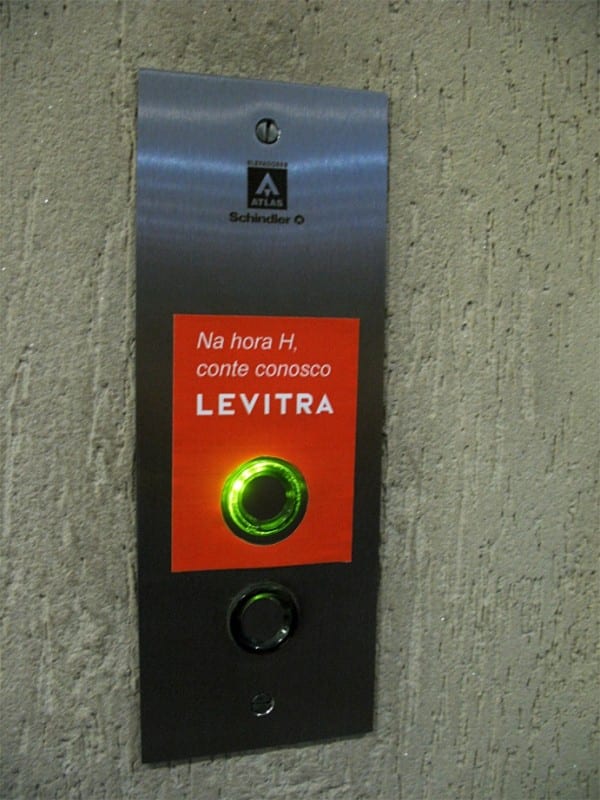 Bayer’s Levitra is another Viagra-like addition to the ED pack. Unfortunately for Bayer, it doesn’t have Cialis’ half-life, or Bayer’s first-mover advantages. One expert says that the rigidity and “speed of erection” offered by Levitra make it the levitator of choice for some. Still, it only made an estimated $354 million last year, lagging far behind its peers. 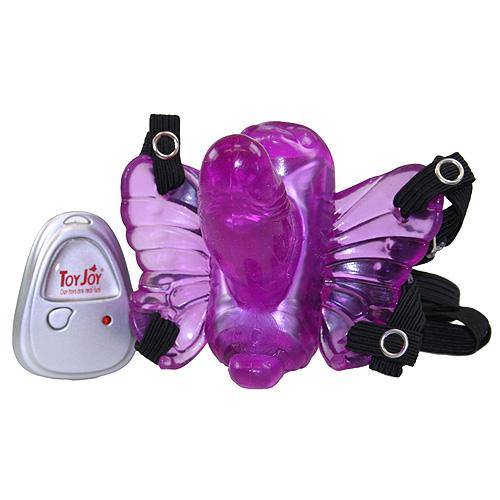 The butterfly is one of the most popular modern vibrators on the market. The butterfly itself sits on the clitoris and labia, stimulating both through vibrations. Straps around the thighs or waist hold it in place. You activate it through either an attached control panel or a remote control. Best yet, the vibe fits in your pocket, or underneath your pants. 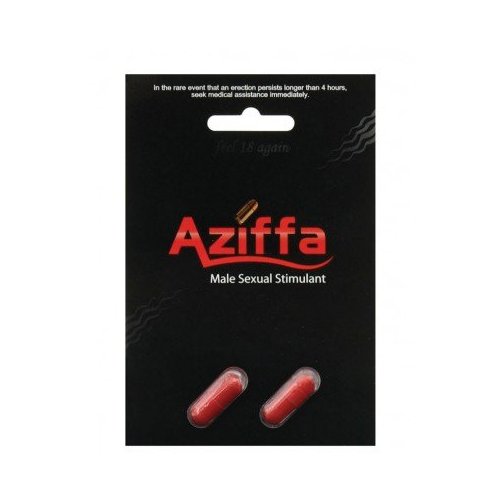 Herbal sexual enhancer pills are sold over-the-counter. They are usually made from a combination of herbal stimulants, amino acids, and/or synthetic hormones. People buy the pills as alternatives to prescription drugs like Viagra. Many boast flashy brand names, like Stiffnights. Common substances in herbal enhancers include:

Yohimbine: Derived from the bark of a tree native to Africa. Stimulates sexual desire and contributes to erections.

Manufacturers claim that one pill can last up to 2 days. The FDA does not regulate herbal enhancers, so they do carry an element of risk. Nonetheless, these easy solutions have been around for millennia, and consumers show no signs of quitting them. 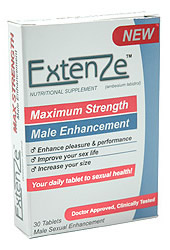 An apple a day may keep the MD away, but a pill a day will give you a Ron Jeremy-sized endowment. Just ask the guys trying to sell you supplements like VigRX and Extenze. They’ll tell you all about how their main event grew 3 inches in four months. Impossible, thinks you? Perhaps. But people still buy the stuff. Which means spammers really do have a primordial notion of supply and demand.

If you really do think your penis will grow by taking supplements, bear in mind that, like herbal sexual enhancers, they’re mostly made from herbs, amino acids, and synthetic hormones. And, Mr. Big, they are not FDA-approved. Take them at your own risk. 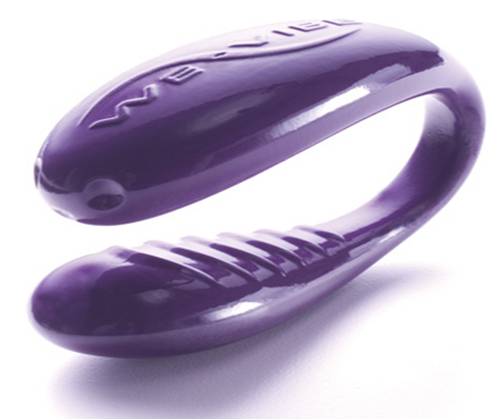 Sometimes people get famous. Other times, objects grab national attention. Like Nintendo Wiis and Tickle-Me-Elmos. And vibrators. Like the We-Vibe. This deceptively simple, pocket-sized gadget has made global headlines, attended Oscar parties, and been featured in magazines. The little purple happy-maker stimulates the G-spot and the clitoris at the same time. As the “We” part of the name indicates, it even leaves room for a man.

The $130 vibe, which, incidentally, was created by a laid-off Nortel engineer, flew off shelves last holiday season. It shows no signs of stopping. Will this miracle vag clamp ends up a fad or a classic? Time, as measured in female orgasms, will tell.