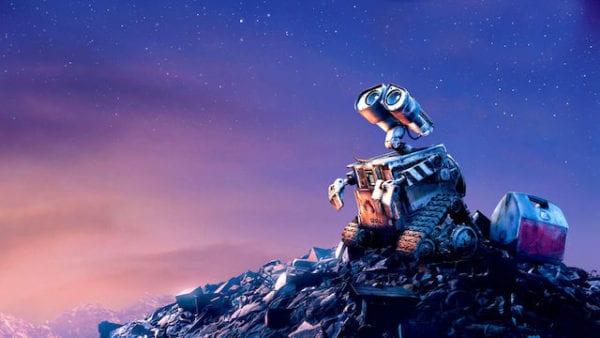 As pop culture shifts with time, it becomes harder to make compelling villains and to ensure that the audience can feel with the protagonist. Because of that, combined with the economic changes over the last decade, big business has become a more prominent ‘bad guy’ in a lot of films. In this list, you can read about ten of those movies where big business, corporate greed, and the mindset of blindly following the status quo was the main downfall or enemy out to get the characters. Some of them are pretty on the nose, but there are a few you may not have considered before.

The Wolf of Wall Street 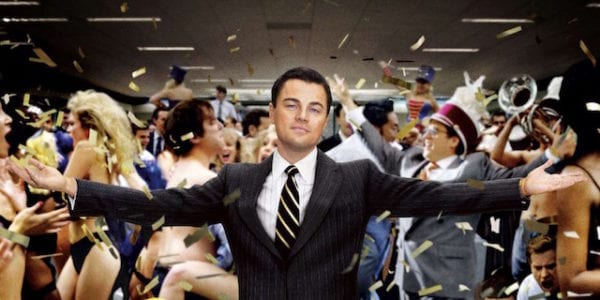 The Wolf of Wall Street is an iconically funny biographical film about Jordan Belfort. While it was originally meant to go straight to digital streaming, it ended up getting a cinematic release and was director Martin Scorsese’s highest-grossing film. The plot centers around the true story of how Jordan Belfort became a millionaire on Wall Street by operating a fraudulent brokerage firm. The way that this movie portrays big business as an enemy is twofold. Firstly, it shows how that kind of greed can drive a person to do things they wouldn’t otherwise; and secondly, it shows how Belfort’s first few encounters in the industry colored the rest of his career and ultimately his life in a negative way.

Fun With Dick and Jane 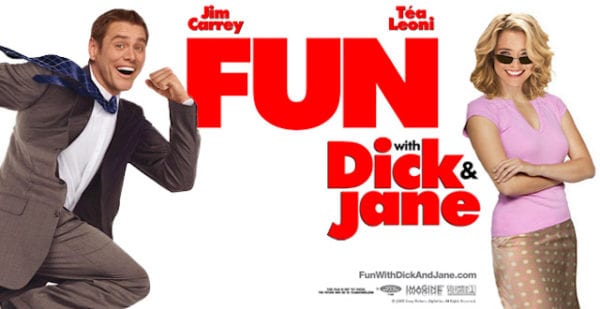 Fun With Dick and Jane is a 2005 remake of a film by the same name that came out in 1977. The plot follows a married couple that has to resort to a life of crime in order to stay afloat after a company that the husband was employed with goes bankrupt. The protagonists may be criminals but the audience resonates with them even still because of the financial strife that they fell into. And because the antagonist of the story is crooked CEO Jack McCallister, who diverted company assets, dumped his stock, tanked the entire company just after Dick was promoted, all while embezzling a cozy $400 million to protect himself. 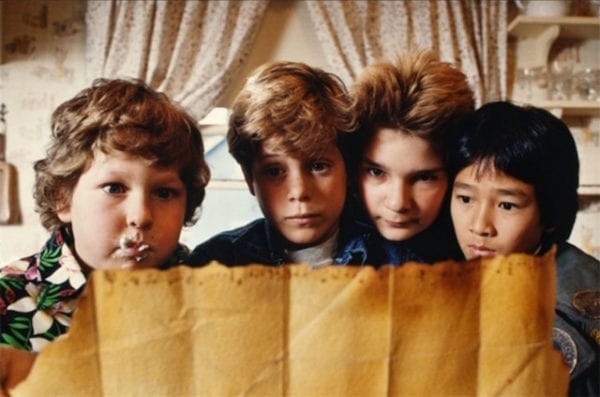 The Goonies was released in 1985 and it is one of the most iconic movies ever released; it was even selected for preservation in the National Film Registry by the Library of Congress. It made a lasting impact on generations of pop culture and sparked the careers of big names like Sean Astin and Josh Brolin. Big business doesn’t fit as the main antagonist in the film, but it was the spark of it all when an expanding country club threatened to take over the childhood homes of the group of friends that called themselves “The Goonies.”

Idiocracy was released in 2006 and it is a sci-fi comedy full of familiar faces like Maya Rudolph, Dax Shepard, and Terry Crews. It is a military experiment that starts the story, with two participants deciding to take part in a human hibernation experiment when they’re forgotten about. 500 years later when they rejoin society, it is in a terrible state. Society has become devoid of any sense of intellectualism, social responsibility, justice, or human rights. The reason for society becoming such a dystopian mess is that commercialism completely took over.

The Truman Show is another film that you may not think about big business upon the first watch or even your tenth watch. However, it was the executive producer of the show that essentially trapped a man without his knowledge or consent just to make money off of how his life would play out to everyone else watching at home. Truman Burbank has no idea that everyone around him is an actor, no idea that his entire life was faked, and it makes this a shockingly dark movie. It was one man making money that orchestrated the show, and without that kind of corrupt greed, The Truman Show never would’ve happened.

This is the first film on the list that is so open about who the bad guy really is, a company that is scarily similar to a certain corporation owned by the Walton’s, called Buy-N-Large. Abbreviated as BNL, this megacorporation essentially becomes the government on Earth way before we’re introduced to the title character of the film. Earth is in a dystopian disarray and covered in garbage, all of its inhabitants evacuated because BNL took over and started a culture of mass consumerism that covered the world in the garbage that Wall-E (Waste Allocation Load Lifter: Earth-Class) is cleaning up when he meets the other characters and embarks on an adventure. 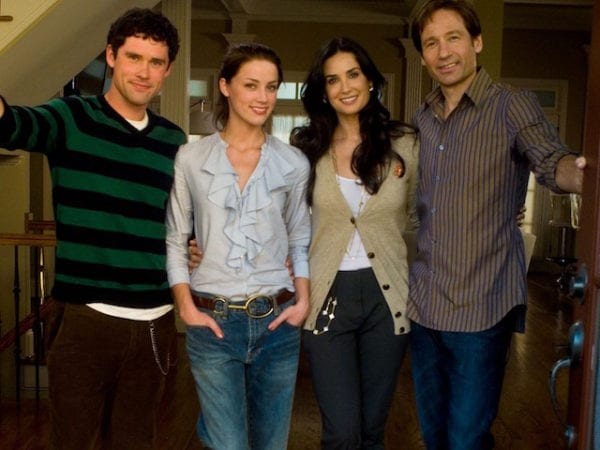 The Joneses is another movie that may not stand out when you’re considering big business as a villain, so it is an odd pick for the list. But, the movie follows a team of stealth marketers that act as a family and integrate into a community. Once they’re part of the community, their fake lifestyle is all just one big commercial for the families that they meet. However, the family increasingly preys on the community, exploiting their fears and pointing out how dull their lives are to drive up sales. It all comes to a head as the lines between their act and their reality start to blur. They get to a point where they’re living completely unfulfilling lives because they’re wasting them chasing the sale. It’s an interesting look at how marketing becomes predatory in nature and how chasing money without enriching your life can completely burn you out. 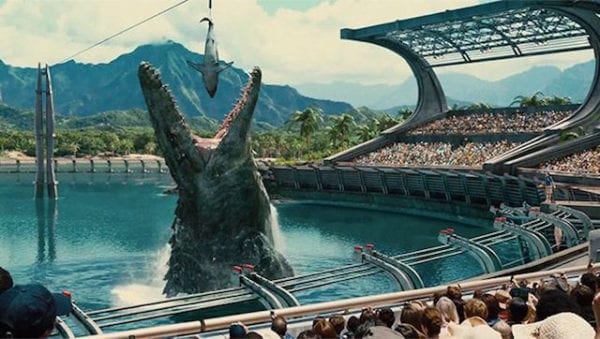 Jurassic World is a record-breaking film that was released in 2015. It takes place on the same island as the other movies in the franchise, but this time is at a theme park that has existed for the past decade. However, due to the owner Simon Masrani’s desire to make it bigger and better, it doesn’t make it much further. He urges his team to genetically engineer a hybrid dinosaur that will take all of the most fearsome parts of their existing dinosaurs and roll them into one huge tourist attraction. However, the dinosaur escapes and the park is completely destroyed. If he’d been satisfied with his profits in the first place, perhaps Isla Nublar would have made it into its eleventh year. 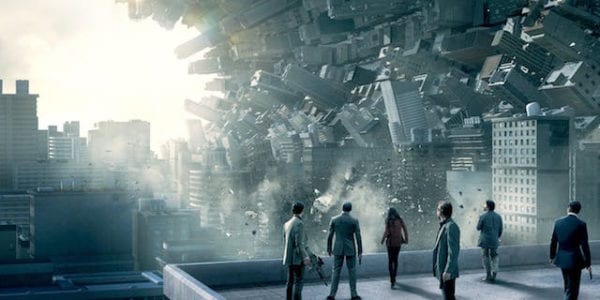 Inception is nothing short of insane. It is a fresh take on film noir starring Leonardo DiCaprio, Ellen Page, Joseph Gordon-Levitt, and more that comes from the mind of the incredible Christopher Nolan. The plot of the movie is hard to follow; however, the gist of it is that military technology has been created to allow people to infiltrate someone’s dreams, and it has become a tool used in corporate espionage. This dangerous technology gets the characters caught in a very tangled web as they try to infiltrate a businessman’s dreams to take him down. 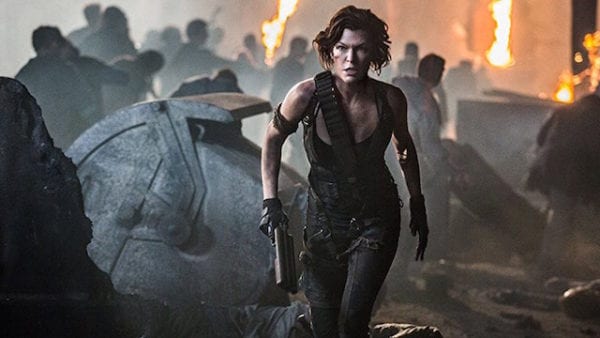 In the Resident Evil universe, the Umbrella Corporation is an international pharmaceutical company that is the antagonist of the series. The company disguises itself through its prominence in the medical world by producing pharmaceutical goods and medical supplies. However, the truth about the corporation is that all of its operations on the surface are a cover-up to hide the bio-organic weapons that they’re creating. Because of their experiments are carelessness, the company created the virus that contaminated the area around one of its facilities, this event kicked the series off in the first game. They were shut down, but several terrorist organizations have picked up where they left off over the years.