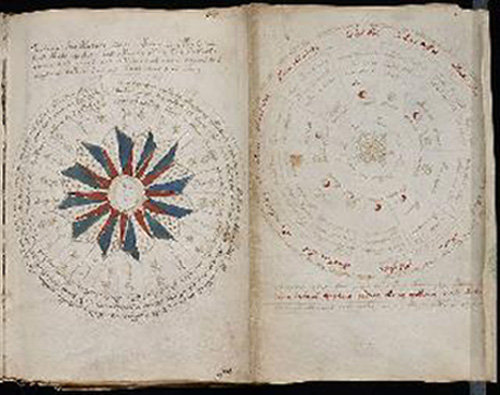 John Dee was a famed Elizabethan scholar, mathematician, astrologer, occultist, and alchemist. He was a consultant to the court of Queen Elizabeth, and — even more impressively at the time — owned the largest library in England, some 3000 volumes.

Dee believed the Book of Soyga, also called Aldaraia by the magician, to have been revealed to Adam in the garden of Eden by God’s angels. The book itself was a 16th century treatise on magic, and about as likely to be celestially derived as this article is (Hint: it’s not). The mystery of this book actually starts after Dee’s death. Dee’s fantastic library had been ransacked during his several years spent on the European continent, and he was forced to sell much of the remaining volumes to support himself at the end of his life. The Book Of Soyga was presumed to be lost until 1994, when the scholar Deborah Harkness discovered two copies, in embarrassingly obvious places: the British Library in London, the Bodleian Library in Oxford.