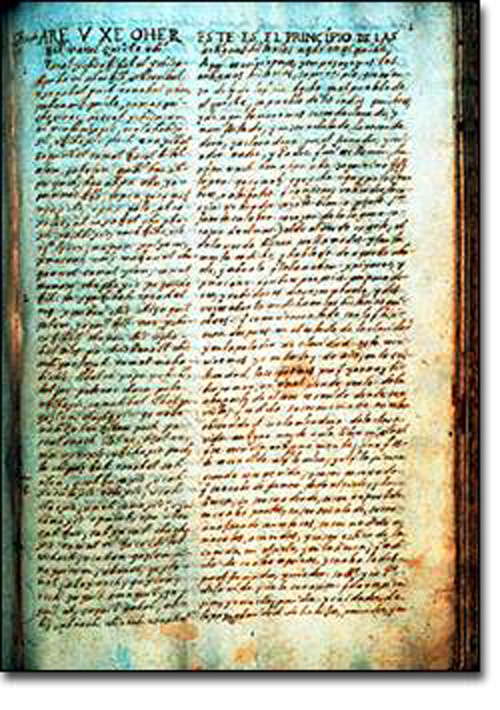 In 1701, a Dominican priest named Francisco Ximénez came to a small town called Chichicastenango in Guatemala, which is deep in the territory of the former Quiché nation. There, a parishioner showed him a manuscript, a phonetic text copy of an oral recitation, that had first been created after the conquest of Latin America by Spanish forces. “Popol Vuh” translates to “Book of the People”, and its first lines attest to its creation after the violent colonization.

The book itself details the creation of the world, and explores several other myths. It lay in obscurity for years, until it was rediscovered by Adrián Recinos, and published. People have argued for years over how Ximénez came by the manuscript, if there ever was an original source, and how he was allowed to access it if it was such a closely guarded secret.