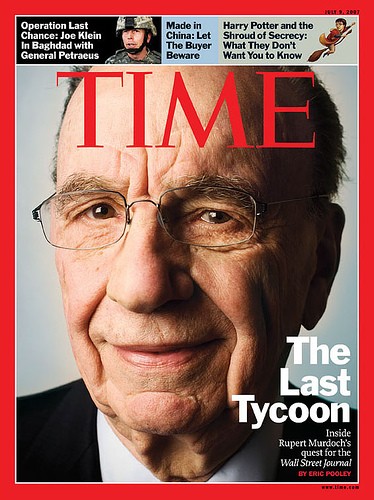 Media mogul Rupert Murdoch is one of the most powerful men in the world, with the News Corporation, Fox News, and the New York Post among his many credits. The 109th-richest man in the world, and a Grand-Officer in the Catholic Order of St. Gregory the Great (an honor bestowed upon the Australian-American by Pope John Paul II, even though Murdoch is a Protestant), Murdoch has been widely criticized for wielding too much power over the media and unethically using his properties to promote his conservative political views. Throughout Murdoch’s entrepreneurial career, he has balanced his media and political interests on a finely drawn line, and not always without incident. 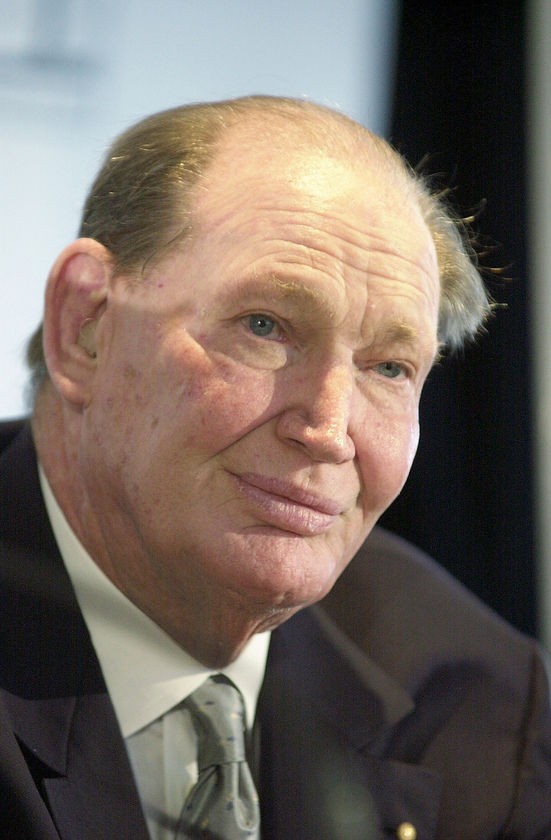 When he died in 2005, Kerry Packer was the richest man in Australia and the major shareholder of Publishing and Broadcasting Limited. When his father, media mogul Frank Packer, died, Kerry inherited the family empire, which would have gone to his older brother Clyde had it not been for a family dispute which ended with Clyde leaving for America. The arch-rival of media mogul Rupert Murdoch, Kerry Packer was often surrounded by controversy, to the point of being accused of tax evasion, organized crime, and drug trafficking. Though all charges were eventually dismissed, Packer is still remembered in Australia as “the Goanna,” a title referring to his alleged role in organized crime. 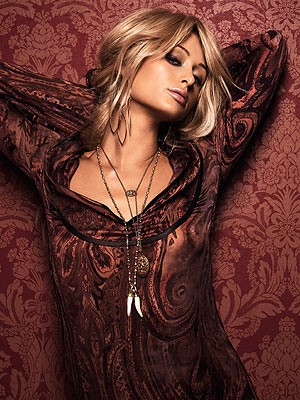 She is an heiress, an opportunist, a pop icon, and the scandalous trend-setter responsible for making celebrity sex tapes hip. Many are reluctant to add “businesswoman” to the list. Paris Hilton has been dubbed the “Most Overrated Celebrity” by the Guinness Book of World Records, and is the second “Worst Celebrity Role Model of 2006,” according to an Associated Press/AOL poll. Yet, one could argue that all the controversy and disfavor is evidence of her daring and ingenuity. Paris Hilton has made millions of dollars by doing things that are supposed to get famous people into trouble: going to drunken parties, making sex tapes, and being a generally irresponsible, less-than-brainy presence. She does have several businesses, and she has released an album, published an autobiography, and starred in films and television shows. Despite all that, her greatest success is her ability to remain in the global spotlight. When she can earn hundreds of thousands of dollars for making an appearance at a party, the fact that she has fragrance and clothing lines is beside the point. 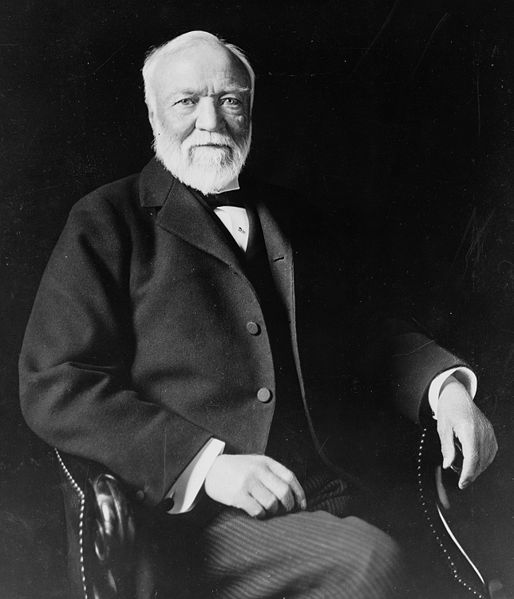 A poor Scottish immigrant, Andrew Carnegie rose to become the richest man in America by recognizing the need to change. He adjusted to developing markets, invested heavily in new technologies, and was not afraid to question his own advice. At the age of 33, wary of the toll his devotion to wealth was taking on his well-being, he wrote a letter to himself instructing him to leave the world of business for good in two years. Needless to say, he did not follow that advice. This was not the only time his actions were not in line with his words. For example, Carnegie was unconventional in his outspoken devotion to political egalitarianism and the rights of workers to form unions; however, he approved the anti-union tactics of Henry Frick which famously led to an unknown number of deaths in the Battle of Homestead. Carnegie did make an effort to live up to his motto that “the man who dies rich dies disgraced”: By the time of his death, he had given away $350 million, mostly to establish libraries and support institutions of higher learning. 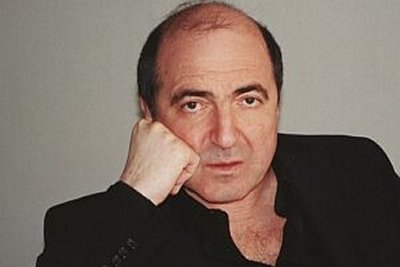 More than in most parts of the world, corruption is a known part of business and politics in Russia. Of course, businessmen and politicians generally refrain from alluding to the more nefarious side of their ambitions. Boris Berezoysky is something of an exception. While he has denied all allegations regarding his connections to criminal enterprises, the billionaire has openly threatened to take down Vladimir Putin “by force.” Berezoysky helped bring Putin into power and now accuses him of murder. It is no wonder Berezovsky has been the target of assassination attempts. An accomplished member of the Russian Academy of Sciences, Berezovsky published numerous books and articles on applied mathematics before making his fortune buying and selling cars. He currently goes by the name Platon Elenin and lives with political asylum in the United Kingdom. 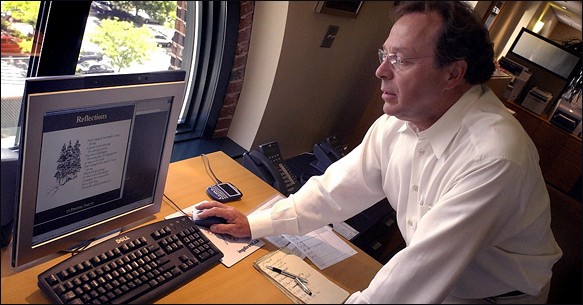 He calls himself “sort of the bad guy” of the banking establishment. The founder and CEO of ING Direct USA, one of America’s fastest-growing retail banks, Arkadi Kuhlmann says he does not even like banks and he hates credit cards. Out to “reenergize” the banking industry, Kuhlmann is a strong-minded rebel who runs his bank without ATM machines or brick-and-mortar branches. All transactions are carried out electronically, without minimum deposits or customer fees. Unlike most financial CEOs, Kuhlmann says he is determined to help people save money, not spend it. As he says, he wants to make saving money “cool.”

Source
Taylor, William C. and LaBarre, Polly. Maverick’s At Work: Why the Most Original Minds in Business Win (HarperCollins 2006), pp. 4-5. 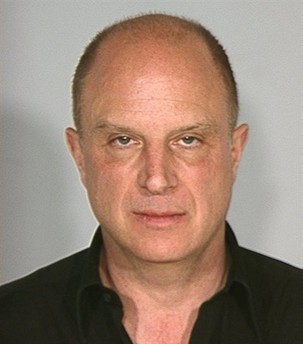 As CEO of Home Box Office (from July 2002 until May 2007), Chris Albrecht led HBO’s revolution of the television industry as the overseer of original programming, including such hit series as The Sopranos, Sex & The City, and Six Feet Under. Personifying the forward-thinking business executive, Albrecht takes the network’s slogan (“It’s not TV. It’s HBO.”) literally. Instead of hoping to follow up past successes using the same formula, Albrecht believed the future of HBO depends on its ability to stay in front of change, expanding beyond television technologies.

Source
Taylor, William C. and LaBarre, Polly. Maverick’s At Work: Why the Most Original Minds in Business Win (HarperCollins 2006), pp. 26-29. 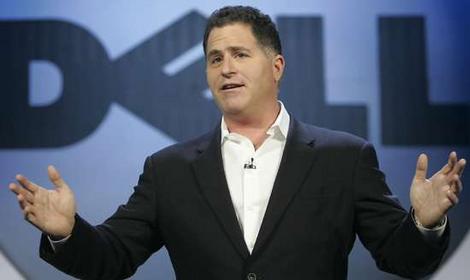 Widely regarded as one of the most important innovators of the computer industry, Michael Dell defied convention by cutting out the middle man and selling PCs directly to consumers, allowing them to custom order machines by phone and mail. A college dropout, he is now one of the world’s top three PC manufacturers and one of the richest men in the world. (If you compare their net worths, it looks like Dell could buy 6 or 7 Donald Trumps.) Some of his competitors have coveted his unique business model, but without matching his success. He has won such accolades as “Man of the Year” by PC magazine, “Top CEO in American Business” by Worth, and “Entrepreneur of the Year” by Inc. magazine. Dell.com is one of the largest consumer e-commerce sites on the Web. 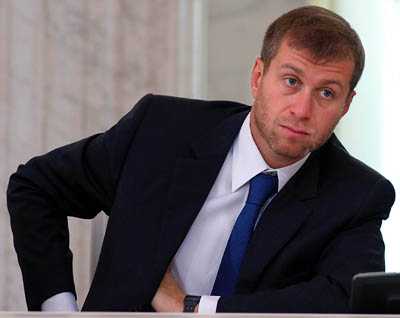 Sometimes called the “quiet oligarch,” Forbes’ 15th wealthiest billionaire has always kept a closed lid on his affairs. A Russian oil magnate and owner of the Chelsea Football Club, Roman Abramovich has impressed the world with his daring and often surprising business decisions. Despite accusations that he has made his fortune by exploiting the malaise of others, Abramovich has been honored as Russia’s “Man of the Year” by Expert magazine and was awarded Russia’s Order of Honor for his charitable work developing the region of Chukotka, for which he has also been a representative and governor. Abramovich was making multi-billion-dollar business deals before his 40th birthday. He has admitted to spending billions of dollars on political favors. 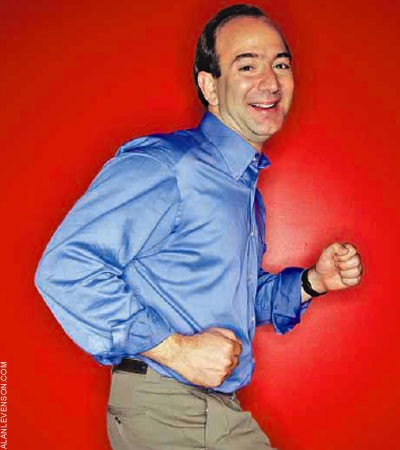 One of the pioneers of e-commerce, Amazon.com used to be all about books. Now it is on the leading edge of Web development, redefining how people buy and sell everything from movies and music to make-up and appliances. By exploring and mainstreaming technologies, such as Amazon Kindle and Amazon Mechanical Turk, Amazon is changing how people read books and how consumers interact with market leaders. Jeff Bezos, the man behind the phenomenon, says a lot of his success has to do with luck and intuition. Always with an eye on the customer, Bezos has taken enormous risks which have not always worked to Amazon’s advantage. Yet, he managed to guide Amazon through the dispiriting dot-com tumult of the 90s, making it one of the few enduring pillars of the Web. Unlike the CEO’s of other pioneering Web sites, such as eBay, Yahoo!, and Google, Jeff Bezos has maintained his executive position from the beginning, when it was just about selling books.