If the Internet could speak with one voice, it would probably groan “oh, not again!” That’s because every raving success story about Internet startups is tempered by dozens more that crashed and burned in a sea of wasted money, bad ideas, or unfulfilled hype. As venture capitalist Paul Graham writes, most of these failures are never written about. No one knew about them, so they were never really expected to go anywhere. But a select few had very public flame-outs – what Graham calls “the elite of failures.”

The list below celebrates not the failure of these companies, but presents us with a conservative reminder of a not-so-distant past and the lessons we can learn from it. 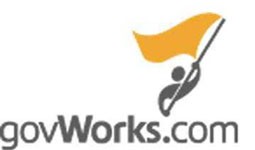 GovWorks may be the only startup failure compelling enough to have a movie made about it. The film “Startup.com” tells the tale of GovWorks’ tantalizing brush with mega-success as a website where everyday citizens could interact with their local governments. It had all the elements of a tear-jerking fall from grace: company is started by childhood friends (one of them a rainmaker, the other a technical wizard). Friends build multi-million dollar net worths only to lose it all to clashing egos and expectations. Throw in the obligatory theft of company technology and the departure of a crucial partner, and you’ve got all the ingredients for a storybook startup failure. GovWorks ultimately filed for bankruptcy in 2001. 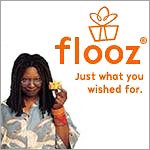 Flooz is a textbook example of a startup was pretty much doomed from the start. The idea was to create an alternative online-only currency (Flooz) that people would use instead of their credit cards. Once you acquired a hoard of Flooz, you were then free to use it at any number of retailers who had agreed, in advance, to accept it. There was only one problem. No one bothered to ask why someone would use a totally new and unproven currency instead of credit cards or gift cards, which were backed by trusted merchants. No one asking didn’t stop customers from answering, however, as lack of demand for Flooz plunged the company into bankruptcy in 2001. Apparently, dazzling TV commercials featuring Whoopi Goldberg couldn’t stop an astounding $35 million in venture money from being squandered. 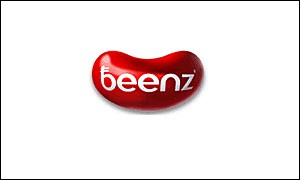 Beenz was a direct competitor to Flooze who was also forced to close up shop. Amazingly, Beenz raised $80 million over four rounds of venture funding, more than double what Flooz raised for the same, no-demand idea. Unlike Flooz, however, Beenz had the good sense to pull the plug before going under. Once Flooz announced that they were cutting their losses, Beenz followed suit by giving its customers a “spend your Beenz in 10 days or lose ’em” ultimatum. It is believed that the twin failures of Flooz and Beenz spelled the end of the nascent e-currency market. As C/Net writes, the “collapse of a high-profile trailblazer such as Beenz shows that the Old Economy credit card companies have probably won the online shopping battle.” 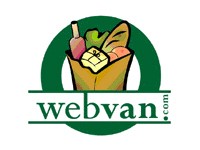 The online grocery shopping website didn’t fail for lack of a good idea. Rather, it was premature growth that dragged this company under the bus. WebVan’s deadly mistake was, as one Harvard professor wrote, “managing the company from the fiftieth floor when you only have a one-story building.” By creating a mammoth, $1 billion infrastructure of high-tech warehouses across the U.S., WebVan squandered the $375 million it raised at IPO on growth that its revenue simply could not justify. The other major problem facing WebVan was the already thin profit margins of the grocery business. All of this combined to deliver a decisive knock-out punch in the form of a 2001 bankruptcy filing that put over 2,000 people out of a job.

eToys.com committed what has come to be known as a Cardinal Sin of 90’s-era dot coms: spending tons of money on advertising, regardless of whether there is a market for your product or service. Nevertheless, the mere idea of an online toy retailer was enough to propel the company to a $166 million IPO in May of 1999. All went well early on, with eToys’ stock trading at highs of $84 per share in October of that same year. But by February 2001 the company’s outrageous spending in spite of revenues had caught up to it, sending its stock to an appalling low of 9 cents per share. Their assets were later acquired by KayBee Toys and is currently reincarnated, although not nearly as successfully as first hoped.