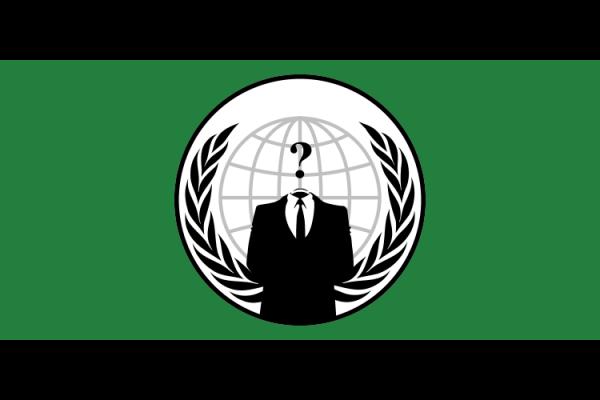 When you think about anonymous threats to your business, you probably haven’t thought about a dispersed online collective taking down your web presence in the name of Internet justice–or just for the the lulz. That is, you haven’t thought of Anonymous. But Anonymous has certainly thought of the businesses below, and wreaked temporary havoc. Here are five campaigns that Anonymous waged against businesses.

Sulake Corporation’s Habbo, a social networking website primarily used by preteens, lets users’ avatars to interact in virtual hotels. Anonymous’ had problem was the fact that all of the Finnish company’s avatars looked racially monochromatic, emphasis on the pale. Starting in 2006, Anonymous infested hotels with identical black-skinned, gray-suited avatars with afros. Encyclopedia Dramatica calls this “an online version of The Million Man March” (with much more debauchery, of course). It was officially deemed the Great Habbo Raid of ’06. The hackers’ Habbos shut down hotel pools and caused the US hotel to temporarily shut down, besides alarming users. Habbo Hotels’ main forum also broke for hours, and a phishing site emerged on Habbo. Two more raids happened that year, and there were also raids in 2007 and 2008. Habbo fought back by banning certain avatar looks and phrases, which Anonymous seems to delight in.

When governments and companies pressured WikiLeaks to shut down, Anonymous went for the companies’ throats. PayPal, Amazon, Visa, and MasterCard all froze donations to WikiLeaks in response to political pressure. Mastercard.com experienced a heavy traffic message on its website and delayed processing for the better part of a day; Visa and PayPal also temporarily went down. The attack on Amazon didn’t go anywhere–save for a Wikileaks cable planted on the Kindle website–because of the company’s massive server redundancy. Anonymous also took money transfer company MoneyBookers and a variety of political sites, including a couple related to Sarah Palin, down.

Internet security company HBGary Federal took on Anonymous by publicly claiming it had “infiltrated” Anonymous and would share more at an upcoming event. Anonymous, upon hearing the battle cry, hacked into HBGary’s website, stole emails and released them onto the Internet. Anonymous also deleted files, broke the phone system, and put an ominous “don’t mess with me” message from Anonymous on the company’s splash page. It publicized some of HBGary’s files, including a PowerPoint naming a number of WikiLeaks contributors and a cyberattack strategy against WikiLeaks. HBGary, far from an innocent victim, was also apparently intent on spreading misinformation about US Chamber of Commerce critics via social media, as well as feeding WikiLeaks fake documents and threatening journalists, including Salon’s Glenn Greenwald. Anonymous topped off the attack by hacking an HBGary exec’s Twitter account, making phone threats, and trying to make the company’s fax machines run out of paper.

Kiss’ Gene “The Demon” Simmons is known for having a loose tongue. Telling NPR’s Terry Gross “if you want to welcome me with open arms, I’m afraid you’re also going to have to welcome me with open legs” is just one of his many gems. He’s also behind a couple of businesses, including SimmonsRecords.com, which promoted Canadian musicians, and the TV show “Gene Simmons’ Family Jewels.” He’s also pro-RIAA (Recording Industry of America) policies, which puts him on Anonymous’ bad side. While on a panel during a conference in France in 2010, Simmons declared his stance in no uncertain terms (from Ars Technica):

“Make sure your brand is protected,” Simmons warned during a panel discussion. “Make sure there are no incursions. Be litigious. Sue everybody. Take their homes, their cars. Don’t let anybody cross that line.

“The music industry was asleep at the wheel, and didn’t have the balls to sue every fresh-faced, freckle-faced college kid who downloaded material. And so now we’re left with hundreds of thousands of people without jobs. There’s no industry.”

In response, Anonymous took down both GeneSimmons.com and SimmonsRecords.com for nearly two days. They redirected one of the websites to the Pirate Bay homepage. When Simmons wrote the message below on his website, he found himself under attack again, predictably enough (from the New York Times):

Some of you may have heard a few popcorn farts re: our sites being threatened by hackers.
Our legal team and the FBI have been on the case and we have found a few, shall we say “adventurous” young people, who feel they are above the law.
And, as stated in my MIPCOM speech, we will sue their pants off.
First, they will be punished.
Second, they might find their little butts in jail, right next to someone who’s been there for years and is looking for a new girl friend.
We will soon be printing their names and pictures.
We will find you.
You cannot hide.
Stay tuned