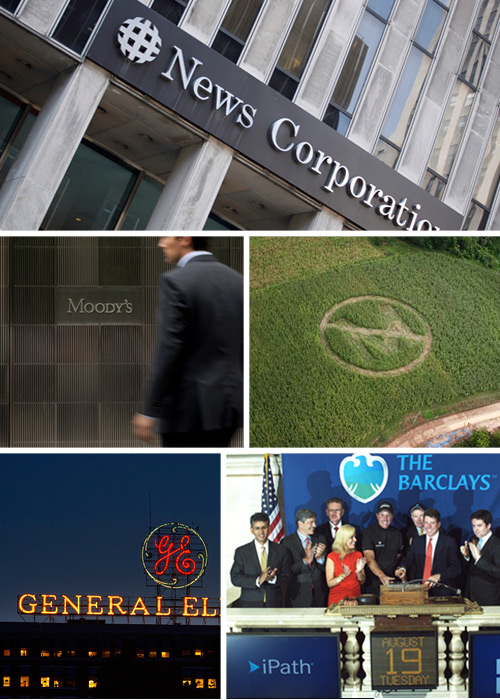 Even among those pro-business, most acknowledge that corporations rule just about everything around us. Big companies supply our cars, gas, food and even our politicians. We’re not talking about hundreds of thousands of mom and pop shops. We’re not even talking about thousands of medium sized business or even hundreds of large business. Recent studies show that somewhere on the order of 147 companies have a hand in just about everything on Earth. And among these select few, there are a small handful of companies that have roughly enough money and influence to apply for membership to the UN, which would be kind of superfluous since they can buy their way to the top of just about any country they want. 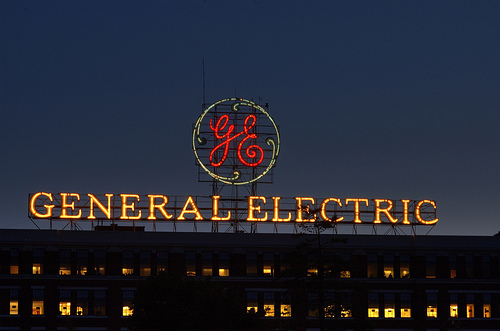 better part of the 20th century giving specialization the finger and manufacturing everything from jet engines to the myth that Joey could carry an episode of Friends.

When they began in 1876, General Electric was little more than a shed where Thomas Edison spent most of his time stealing inventions from people. Thanks to basically inventing the modern world, GE grew quickly and spent the latter half of the 20th century buying companies that opened doors into every part of the American household. As the sixth largest company in the US, listing even a fraction of the interests they control would take a while. It’s a lot faster to just say “Everything Time Warner doesn’t own on TV and everything East Asia don’t own in consumer appliances”. GE owns Hulu as well. Here is a complete list of assets. 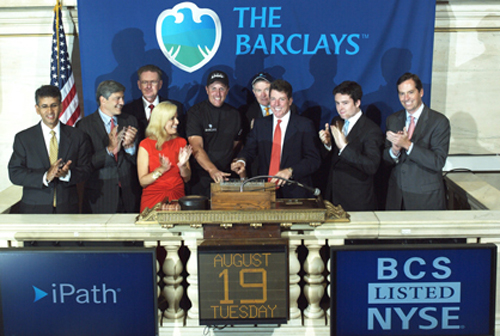 One of the largest… Is it even appropriate to call these businesses “banks” anymore? Barclays is a UK-based “bank” that happens to be one of the biggest banks in the world after acquiring the bloated, rotting corpse of Lehman Brothers. But so what, right? There are a dozen other banks out there, some of which control even more money than Barclays and are demonstrably more evil.

But not only does Barclays have enough in assets to buy the US military for three years, they also control one of the largest bond indexes in the world. If that last phrase doesn’t mean much to you, an important detail is that hedge funds across the world are all required to benchmark their performance against certain indexes such as the S&P 500. These funds like to buy close to these indexes to avoid catastrophic numbers in the event of a crash. What it basically boils down to is that a team of analysts and executives at Barclays decides where a good chunk of just about all the money in the world will end up invested. 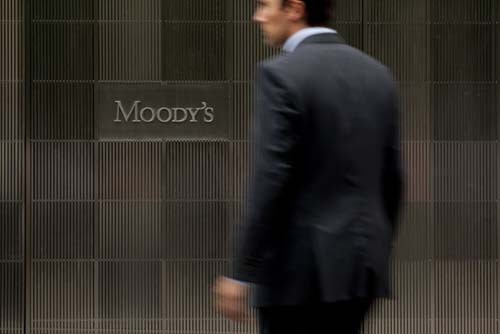 You may have heard of Moody’s lately when they bitch-slapped the US credit crating down to an AA- for the first time in history. While it was probably unfair and financial markets largely ignored it (thanks to this phenomenon known as “the dollar is bad but everything else is worse”), for a while bankers and investors quaked in fear at the loss of that one letter and what it would mean for world markets. That’s because Moody’s is one of the big three credit-rating agencies that grade the credit-worthiness of just about everything worth buying if you wear a three piece suit, chomp on cigars, and are deeply concerned with your sugar interests in the Orient.

But what does it matter to you? How does some stupid rating really lead to Moody’s and its credit rating pals ruling the world? Barring a crash-course in economics, the simplest way to put it is this: money is a fantasy, and the entire world market works on credit. The entire value of the stock market is based on realistic assumptions about a company’s stability and profitability, but at the end of the day it’s just a collection of what people think things are worth. This means firms and individuals are incredibly reliant on Moody’s and company to know what’s a safe investment and where they’d be taking a risk. With the simplest of reports, Moody’s can turn floodgates of capital into a mere trickle. Oh and, haha, almost forgot this part. Remember that whole economic meltdown apocalypse…thing a few years back? It would have probably not been nearly as severe if it weren’t for Moody’s bumping up the credit-ratings of junk mortgage-backed securities―making them appear to be iron-clad safe investments when, in reality, they were worth about as much as stock in Enron in 2002. 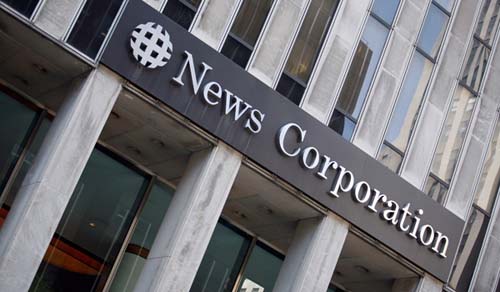 Before its recent issues in the UK and elsewhere for the crime of illegally tapping phones (a strange British way of spelling “being tremendous douchebags for years on end”), News Corp was one of the largest, most powerful and influential media organizations on the planet. Rupert Murdoch had a hand in just about everything that was capable of spewing some vile, acrimonious opinions. Almost everyone is familiar with Fox, but odds are you’re also aware of your favorite/least favorite News Corp outlet whether it’s The Sun in the UK or the Wall Street Journal in the US.

In a more harmless vein, News Corp also owns the National Geographic channel, has a stake in Hulu, and several years ago they made the terrible mistake of shelling out millions for MySpace. While it may be a small comfort that this multinational conglomerate may be slowly falling apart over recent scandals, unwinding the dozens of newspapers, TV stations, studios, publishers, magazines, radio, your eternal soul, internet properties, sports teams and the cameras watching you right now might take quite a while. 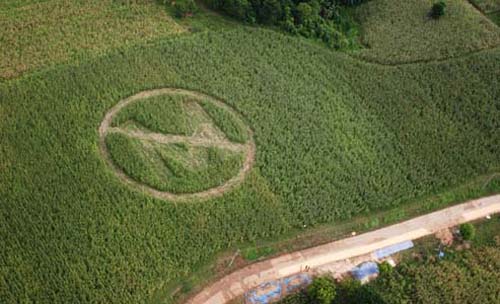 1. Invent a highly-effective herbicide
2. Invent a seed that’s immune to only that fertilizer
3. Spend millions lobbying the government to make sure this seed ends up on every farm in America and internationally
4. Make untold billions selling both the seed and the herbicide
5. Sue everyone (The company enjoys suing individual farmers and families for harvesting crops accidentally contaminated with Monsanto’s seeds)

Monsanto is a big company, for sure, but they don’t pull the strings of the world financial markets like Barclays or Goldman Sachs. They don’t build everything you use like GE. But they do control about 49% of the agricultural seed used in the United States―seeds that are almost entirely dependent on Monsanto for proper functioning and propagation. So while the rest of the companies here could wipe out your 401k, design your toaster to murder you in your sleep and inundate you with propaganda, Monsanto controls the world because it’s vice grip on US agriculture could literally starve you.