Movie bombs get all the publicity and airtime due to the gaudy amounts of money sometimes lost, but as the recent Jay Leno and Conan O’Brien fiasco proved TV is also pretty good at pissing away money. Entertainment Weekly put out a list of TV’s 50 biggest bombs in this week’s issue, but they are focused more on bad decisions. We’re more about the dollars and cents here, so we’ve put together a list of 7 of the worst flops in TV history, based purely on amount of money spent. Rankings here are somewhat subjective as it’s not always easy to tell exactly how much a TV show cost (or lost, plus you have to factor in inflation, etc. for older shows), but we think it’s a pretty good list. 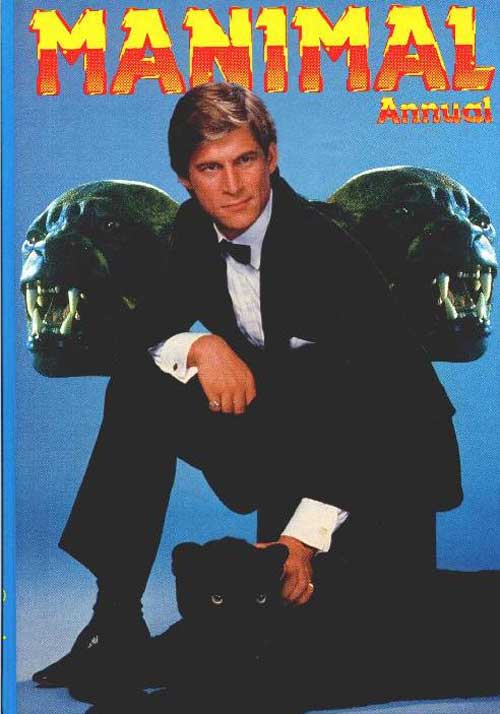 Manimal was pretty high concept for a show made in 1983. Although everything was kind of high concept back then admittedly. Anyway, Manimal was concerned with the character of Dr Jonathan Chase, a man who could turn into literally any animal. Naturally he used this ability to fight crime.

Unfortunately the tech in 1983 really wasn’t ready for such powers, and so Chase mostly just turned into either a hawk or black panther, and his transformation took place with the same backdrop each and every time, presumably for budgetary reasons. Sometimes he’d change into other animals, but only off screen. There’s a lot of bitching about CGI today, but it’s easy to forget just how cheesy anything at all fantastical looked back in the day. Sure there’s still goofy CGI on TV today (Lost submarine I’m looking at you), but at least we don’t have to sit through a guy turning into a panther every week against the same backdrop. Despite the budgetary precautions Manimal still clocked in as the most expensive show on television at the time, and only made it through eight episodes.

Picture this happening every week and you generally get the idea. 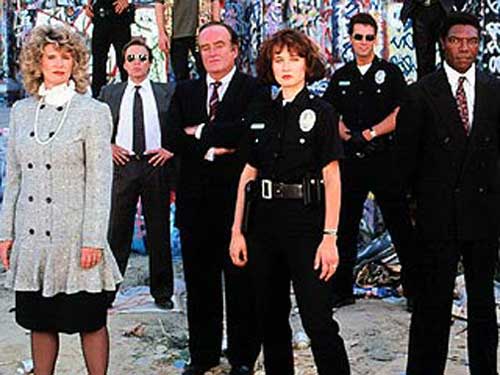 A police procedural musical would be one of the weirder ideas in television history, but if ABC hadn’t marketed the show and spent so heavily on the production I imagine Cop Rock would be looked at as just another weird flop, one of the probably hundreds in television history. Instead ABC seemed really, truly convinced that a musical cop show was going to work. It’s hard to imagine just how weird this show was today, but read this quote from an Entertainment Weekly article at the time:

But as the trial of a ponytailed drug lord reaches its climax and the jury foreman solemnly rises, ABC’s new police drama Cop Rock suddenly metamorphoses into something exceedingly strange.

”Hit it!” hollers the finger-snapping judge, and presto! a glowing piano emerges from the stenographer’s well, the jurors — now blue-robed church choir singers — rise and start to sway in unison, and then…they sing. The foreman sings. The judge sings. The spectators sing. The lawyers sing. Even the defendant does a little plea-bargaining in tune: ”I was abused as a child,” he croons to the crowd’s church-party chant of ”He’s guil-illl-tee! He’s guil- illl-tee! He did the crime/And now he’s got to pay!”

Just in case you’re having a hard time picturing this:

The show actually made it 11 episodes, which is still 11 more than I would have expected. I mean really, just for emphasis, this was a musical drama about our nation’s legal system, and it cost $2 million per episode in 1990 dollars. 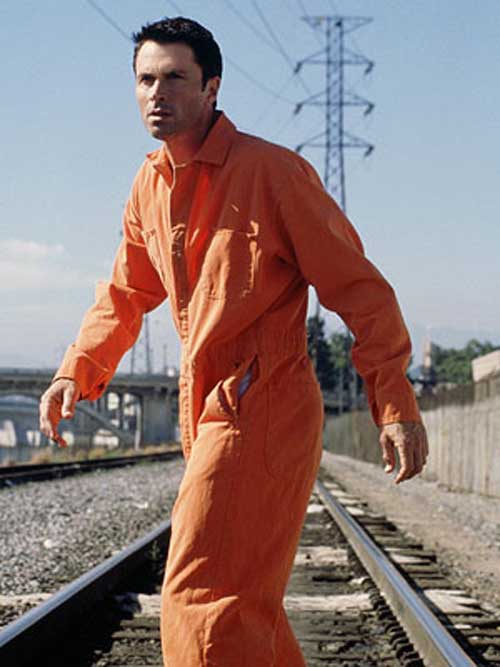 Networks have shown a willingness to remake anything and everything, presumably assuming that if something was popular once it can be popular again. The problem with this is that most old tv was godawful, and if anyone remembers it fondly it’s more out of nostalgia than good taste. CBS ignored this, deciding to not only remake The Fugitive in 2000, but to spend quite a bit of money on the concept. I think anyone with common sense would have had a hard time seeing The Fugitive catching fire and becoming a big hit, but even more so when you realize CBS cast Tim Daly, a guy known mostly for the mediocre show Wings, as their lead. The pilot cost the network a whopping $6 million, but the show only made it through one season’s run of 22 episodes before getting the axe. 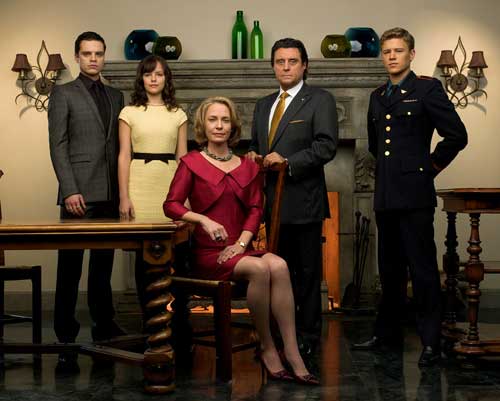 Kings had a lot going for it. Ian McShane is briiliant, as anyone who has seen Deadwood would attest, and the show had a compelling concept. Critics liked the show, but after four episodes saw bad ratings NBC gave up on the property, sending it to the ghetto of Saturday night for one episode, and then pulling the show off the air entirely for a few months, finally burning off the last seven episodes over the summer. Again during Saturday nights. Complex shows often have slow builds, but NBC has shown repeatedly that they aren’t going to wait around for a show to find an audience, especially if it’s as expensive as Kings was to produce (reportedly running $4 million an episode).

There were also bizarre marketing decisions with Kings, such as a refusal to mention the show’s religious themes, despite the Christian community being a natural target for a show loosely centered around a modern day King David. 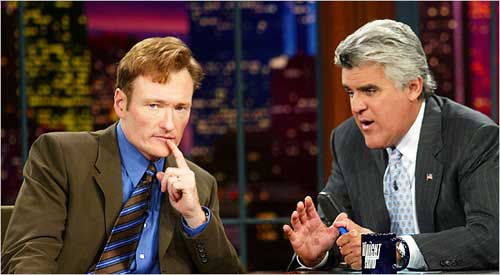 Gallons of ink have been spilled writing about the Jay Leno / Conan O’Brien drama, but the biggest takeaway from the entire thing is just how easy it was to foresee what was to come. For instance here’s Artie Lange basically predicting exactly what would happen to Conan once he took over the Tonight Show. Anyone who was paying attention knew Leno would be a disaster at 10, and it ended up costing NBC gobs of money to buy out Conan O’Brien as well as a great deal of credibility with the creative community from their misguided decision to basically give up on the 10:00 hour of programming. They also managed to piss off all of their affiliates at the same time. NBC at this point seems to be a step or two away from being a CW doppelganger.

2. Father of the Pride 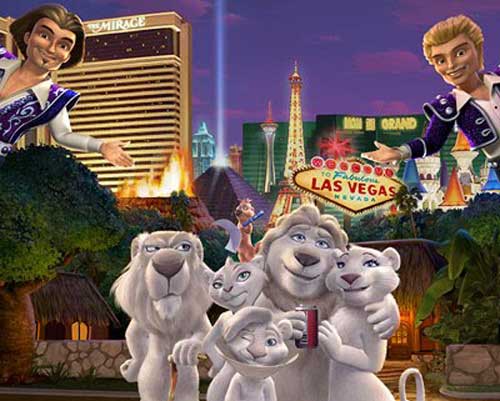 For awhile there it seemed like CGI programming might be a trend, but Father of the Pride quickly killed that notion. An episode of Father of the Pride cost $1.6 million and took nine months to create. For a show about Siegfried and Roy and some talking animals. Is it any surprise that this show was on NBC? The network wasted tons of prime promotional spots during the 2004 Summer Olympics on the doomed from conception show, and then compounded the mistake by packing the first episodes full of cross promotional materials for other NBC and Dreamworks properties, making the show look more like advertising than content. It eventually got a little better, but it wasn’t enough and the show was canceled after just 14 episodes.

The next time you feel like complaining there’s nothing on TV think back to the late 70’s and what TV was like back then. Networks thought so lowly of their audience that they were willing to toss anything against the wall, assuming there’d probably be someone dumb enough to watch. Even if that something was basically “Love Boat” set on a train. A Super train. Meaning this was a standard (boring) drama, with a setting guaranteed to draw in 10 year old boys and autistic adults who would care mostly about the nuclear powered bullet train (that had a shopping mall and swimming pools on board, and could make the trip from NY to LA in 36 hours), and not at all about the boring standard tv fair being served up. The series was the most expensive ever made at the time, only ran for nine episodes, and nearly bankrupted NBC, proving that costly bad decision making is nothing new for the network.

Behold, the awful (awesome?) that was Supertrain: