Sometimes the most innocent jokes have the most tragic consequences…

8. The Fatty and the Photocopier

In true dimwit fashion, this chump thought the age-old office prank of photocopying your ass would be funny, even though we’ve all seen it a million times. What he forgot to take into consideration was the even older saying: ‘Don’t sit on a thin glass platform with your nuts exposed if you are a sweaty, overwieght fatty.’ Woops. The board meeting the next day must have been uncomfortable – for more reasons than one.

7. Don’t Tell the Certified Insane His Wife’s Cheating On Him

Make sure if your going to pull a prank that makes one, rather stacked looking man believe that his wife (who, it turns out, has got form) is cheating on him (again)… you get well out of his way. And preferably, he is locked in a padded room. Who knows what this guy did after he stormed off, but don’t be surprised if the cops found his wife in the canal the next morning…

Classic office stupidity here – this burke tries to scare his coworker, thinking it’ll be ever so funny to descend, spiderman-like, from the ceiling. But instead he ends up falling head first in a heap and looking like a fool. Lesson here: work is for work not for jokes.

These two look like funny, funny men. They decide to play a Hallowe’en office prank involving a box, some unsuspecting colleagues and a dodgy mask. Predictably, it’s them who end up with egg on their face. If you’re going to jump out of a box, get the timing right. Oh, and don’t fall over – really lessens the impact.

4. Hi Guys, Would You Like Some ‘Watered Down’ Coffee

Slipping a little something extra in your workmates’ coffee is something we don’t recommend at your place of employment. Although it might be a good way to exact revenge when you’ve been passed over for promotion, it’s also a good way to ensure you never recieve promotion ever again if you are caught… like this guy.

3. Cress is Not Funny

Unfortunately no video exists of this crazy prank, but it sure backfired on its perpetrator: one afternoon at a large bank an employee sitting at his desk consuming an egg and cress sandwich has what he thinks is a prankster’s stroke of genius – gleefully he adds some water and cress seeds to the keyboards on a Friday night prior to a bank holiday Monday and heads off, extremely pleased with himself. The next Tuesday, managers came in to find overgrown cress growing from all the keyboards. Not only did they throw a hissy fit, but they contacted IT support who created a storm and sent a global memo to all staff about eating and drinking at their desks – resulting in the banning of all eating and drinking at employee’s desks. Was it really worth it? We think not. 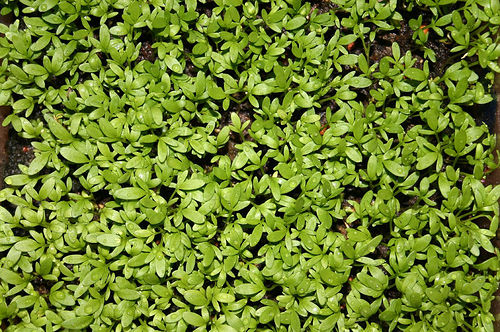 Telling your colleague’s wife that he’s been fired for doing a secretary over the desk seems an unbelievably cruel joke to play, but on reflection is one of those things you can easily see seeming funny before actually being put in action. It does, however, go spectacularly wrong as the would-be pranksters open up a tin of worms – ‘Now I don’t feel so bad about f****** his brother’ is among the painful revelations that come out. That final ‘happy birthday’ must be one of the most hollow ever…

We all know the type – the guy who is the butt of all the office jokes and is forever having all his stuff covered in tinfoil, clingfilm put over the toilet seat for him, and turds left in his filing cabinet (What? You don’t do that at your office?). But next time you are going to prank this suffering loser, think twice – he may just go mental and punch your lights out like this nutter. And what did this guy do to deserve two black eyes, you say? He sent a resignation letter to the boss on the other guy’s behalf…